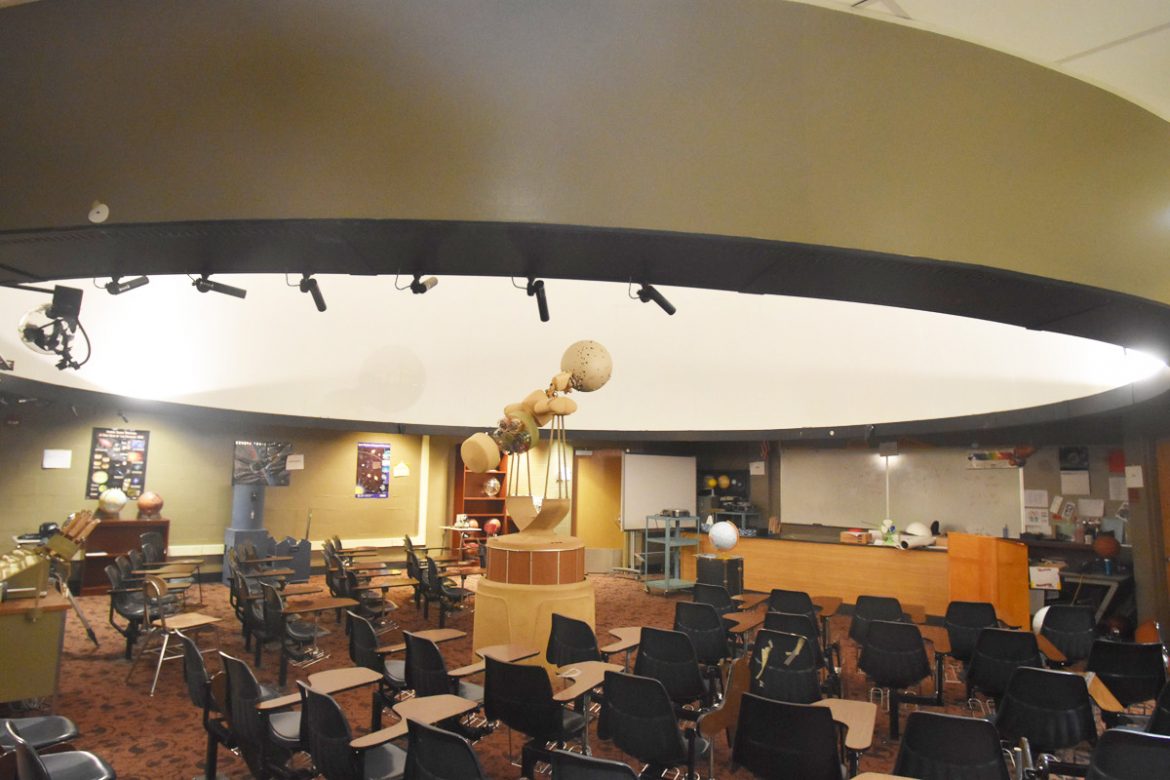 Though it’s not part of his $4.1 million capital request for next fiscal year, the superintendent of schools said last week that the district is planning in the future to ask for money to refurbish the planetarium at New Canaan High School. 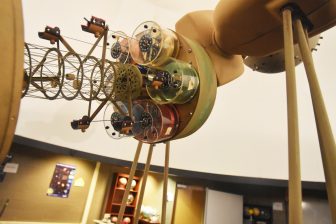 The projector at the planetarium in New Canaan High School. Photo courtesy of Mike Horyczun

The projector at the planetarium is original, and whenever it needs work, the district needs to fly in the repair person to get it done, Dr. Bryan Luizzi told members of the Board of Education at their Jan. 7 meeting.

“It is the same person has been working on it for a long time and it’s time for an upgrade,” Luizzi said at the meeting, held in the Wagner Room at NCHS. “The possibilities in that space have really exponentially changed based on changes in technology. If you have been to museums recently that have planetariums, you might have seen some of the shows they have now with video projectors and the way they use the space.”

It wasn’t immediately clear how much it would cost to upgrade the planetarium—a unique facility that has served generations of New Canaan school kids, including elementary schools students who have made special field trips to experience it in the past. Luizzi said the capital request for the planetarium could come as early as next budget season. 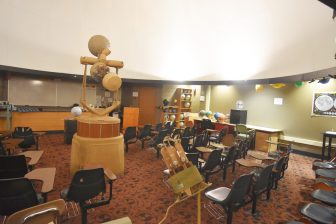 Though the equipment has worked well in the past, he said, “now we are really looking at this as a real educational space in a variety fo different disciplines.”

“It’s not limited to the dots on the screen, but you can use the technology and equipment to really in all disciplines, in all ways,” he said. “It’s a great space. How can we repurpose it as a wonderful planetarium that it is, but also maybe use it for some other functions that would really be great for our kids and our program? And maybe not just high school kids. It could be something that’s available to the entire district.”

The comments came during Luizzi’s first presentation to the Board of a proposed capital budget request. The Board is expected to vote on its proposed spending plan for fiscal year 2020 at its Jan. 22 meeting.

Board Vice Chair Dionna Carlson said she looked forward to a discussion the planetarium, saying she visited it for the first time recently and that though it is “an amazing space,” it also “very dated.”

“In fact there are a few chairs missing and cordoned off,” she sad. “I feel like it’s the old Saxe [auditorium] seat issue revisited in the planetarium.”

One thought on “District To Pursue Refurbishment of NCHS Planetarium”