The suspects in a recent string of thefts from the Ralph Lauren store on Elm Street during what appears to be yet another attempted larceny Sunday were confronted by authorities and crashed into a police vehicle downtown before abandoning their own car and fleeing on foot, officials said. 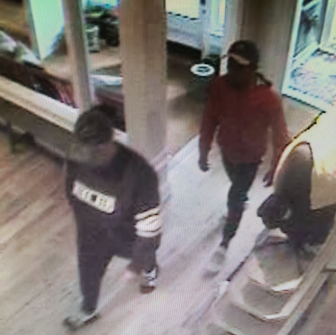 The incident unfolded at about 3:20 p.m. on Oct. 13, as an off-duty New Canaan Police officer worked in the high-end clothing store at 51 Elm St., according to a press release.

There, the officer saw three suspects fitting the description of those accused of stealing more than $8,000 in merchandise from the store in three separate incidents earlier this month. A woman approached the front of the store and, on seeing the officer, “immediately returned” to a vehicle waiting in a no-parking zone on Elm, the press release said. 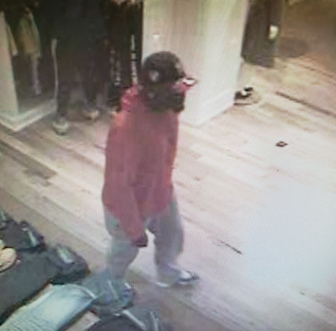 Suspect in an Oct. 4 larceny at the Ralph Lauren store on Elm Street. Photos courtesy of the New Canaan Police Department 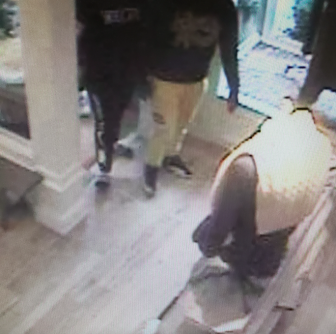 Shortly thereafter, a Hillside Avenue resident reported that the vehicle was parked in his or her driveway, unoccupied and running, with heavy damage and that “the suspects were observed running towards Forest Street.”

“Area department K-9s arrived to search for the suspects but contact was not successful,” police said.

The getaway car, a gray Acura sedan, had a stolen license plate AR-37641.

The police investigation is ongoing.

Anyone with information is urged to contact Sgt. Scott Romano of the NCPD Investigative Section at 203-594-3523.