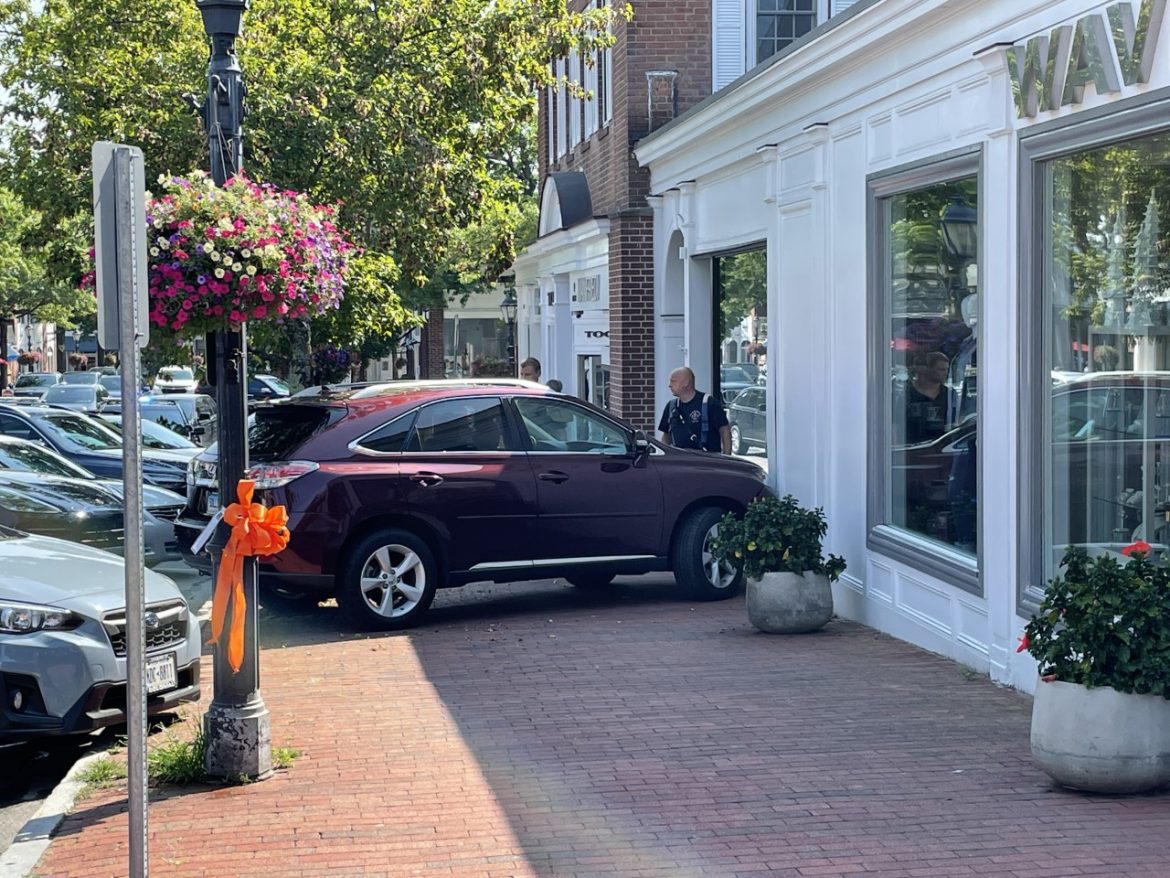 A motorist hopped an Elm Street curb with an SUV mid-morning Friday, driving onto the sidewalk and striking a building, officials say. 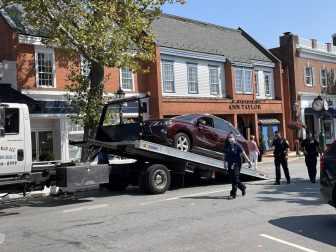 This SUV struck the building at 78 Elm St. on the morning of Aug. 27, 2021. Photo by Carl Franco of Francos Wine Merchants

No one was injured in the crash, which occurred in the area of 72 Elm St. after 10 a.m., according to New Canaan Police.

The motorist was evaluated by New Canaan Emergency Medical Services on the scene, police said.

In addition to NCEMS, New Canaan Police and Fire units responded to reports of the crash.

The incident is under investigation and no enforcement action has been taken at this time, according to police.

The SUV appeared to scrape a tree as it hopped the curb. The building that was struck has a glass front and is sometimes used as an art exhibition space.