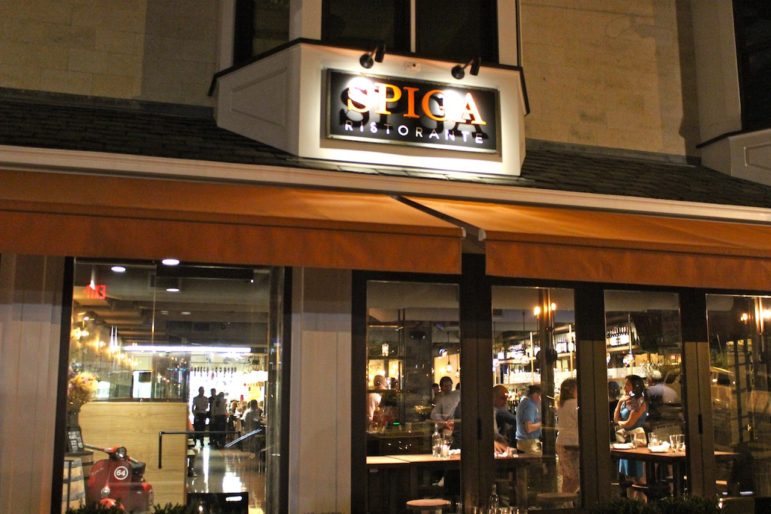 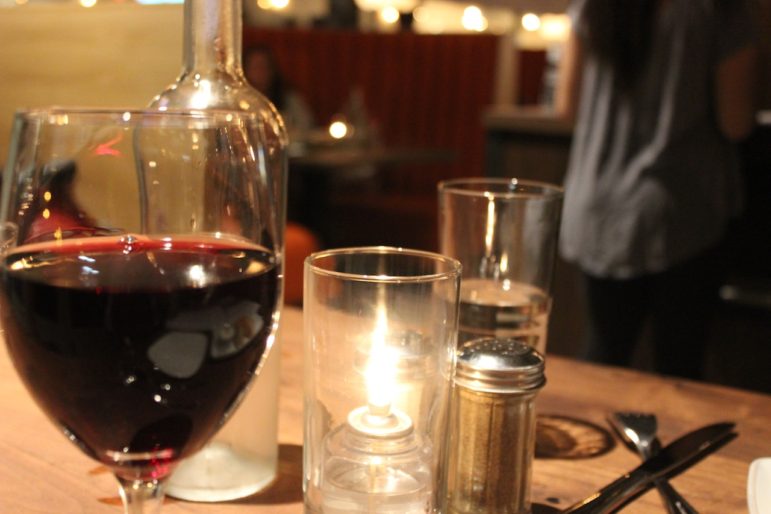 The meat and cheese counter at Spiga. Credit: Terry Dinan

One of the booths at Spiga. Credit: Terry Dinan

You can make a meal out of the fresh meats and cheese. Credit: Terry Dinan

A look from the back of Spiga's redesigned dining room. Credit: Terry Dinan 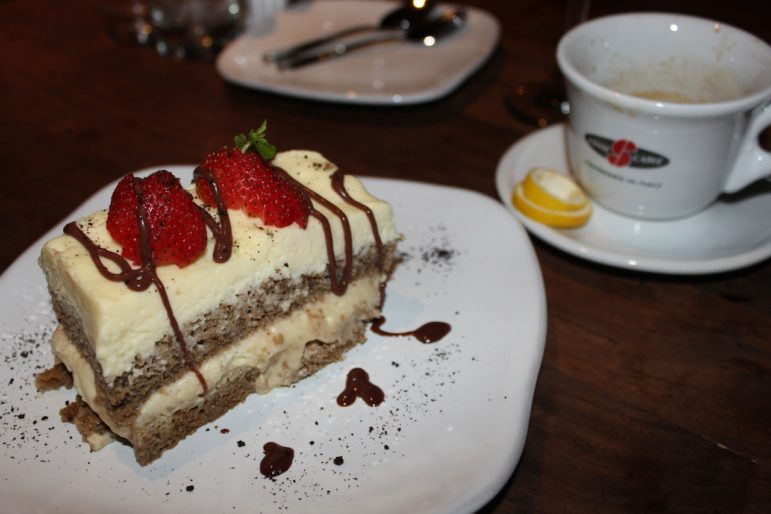 After two failed restaurant ventures at 136 Main St., owners of the recently opened Spiga are hoping to buck the trend that first sank Tuscan and more recently, Barolo.

And if foot traffic and response are early indicators, it seems as though the third time is indeed the charm.

Since its soft opening earlier this month, Spiga has New Canaan denizens abuzz with favorable and enthusiastic praise for their Northern Italian cuisine. The motto at Spiga is ‘Eat – Drink – Play,’ and while I personally can’t speak for the ‘play’ part of it there is something for everyone on the voluminous menu for diners of all types.

Gone are Barolo’s sectioned dining areas, walk-in wine refrigerator and antipasti bar, replaced with a large, open space replete with oversized booths, communal tables with seating for 130 people. There is also a 21-seat bar and semi-open kitchen, separated from the dining room by a fresh pasta, meat and cheese counter.

Diners should not overlook the top of the menu, as a terrific selection of fresh-sliced meats and cheeses could suffice as a meal on its own. Prices for both the formaggi and salumi range from $8.50 to $13.50, or you can order combinations from $19.50 to $29.50.

Pasta at Spiga ($17-$23) is homemade and cooked to perfection, with solid versions of fettucine bolognese ($19), linguine carbonara ($20) and rigatoni alla vodka ($18). The pasta is also available to take out and cook at home.

For those seeking lighter fare, Spiga’s menu features no less than 15 salads, ranging in price from $12 to $22. Early favorites include the roasted beet salad ($15) and the New England Lobster Cobb ($22).

Traditional main entrees such as Veal Parmigiana ($23), Chicken Scarpariello ($23) and Veal Milanese ($23) are on the menu along with seafood options such as Branzino Floridian ($23) served over lentils with avocado, mango relish, jalapeno cream and a can’t-miss lobster pot-pie ($26) served with a sherry cream sauce. Spiga also has a signature house burger ($15) made with Kobe beef with cheddar, bacon, onions and lettuce and served with home fries.

Dessert highlights include a mint-infused tiramisu and a vanilla bean creme brulee. The wine list is well-balanced and fairly priced, accompanied by a robust martini and cocktail menu.

While detractors might be quick to point out the increased noise level of the space, it’s not unlike another of co-owner Dan Camporeale’s successful restaurants, Molto in Fairfield. Along with fellow owner Rose Dionne, Camporeale has Spiga is running at a remarkably smooth rate so early in its inception, with top-notch service and execution from the kitchen.

And the best part is, as good as it is now, Spiga will get even better with time.