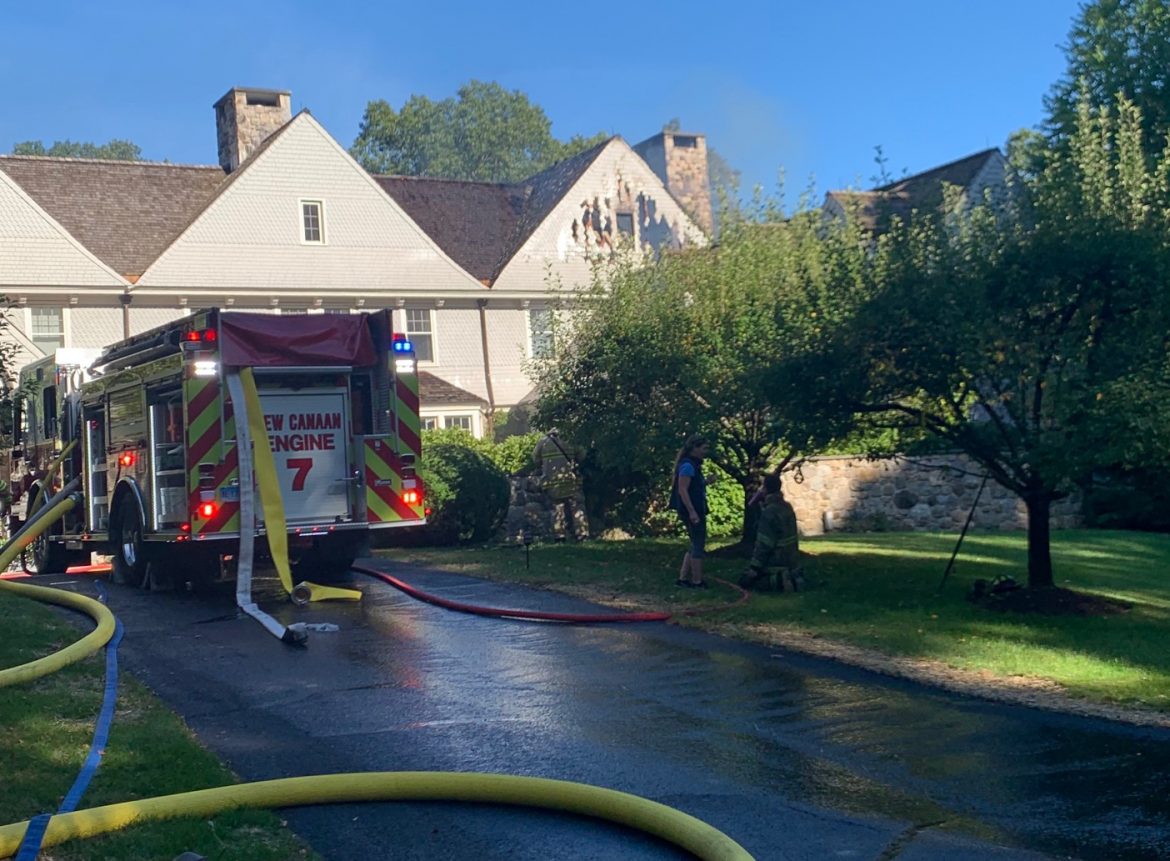 Firefighters from New Canaan and surrounding towns responded on Friday afternoon to a three-alarm fire at a Father Peter’s Lane home, officials said.

The call of a structure fire at the 2003-built home at 23 Father Peter’s Lane came in at about 3:15 p.m., and arriving units found a fire in the roof of the single-family dwelling, according to Fire Marshal Fred Baker.

A second alarm brought mutual aid from companies in Vista and Pound Ridge, N.Y. as well as Norwalk, Stamford and Wilton, Baker said in a press release.

As the fire moved toward the attic, a third alarm was called at 3:34 p.m. which brought in additional companies from South Salem, N.Y., Noroton Heights, Georgetown and Ridgefield, Baker said.

The fire was declared under control at 5:30 p.m.

No one was injured, though the home’s occupants were in the residence at the time the fire started, Baker said.

Its cause appears to have been accidental, he said.