The Board of Selectmen on Tuesday voted unanimously in favor of hiring a former local news editor to fill the new full-time town position of grant writer. 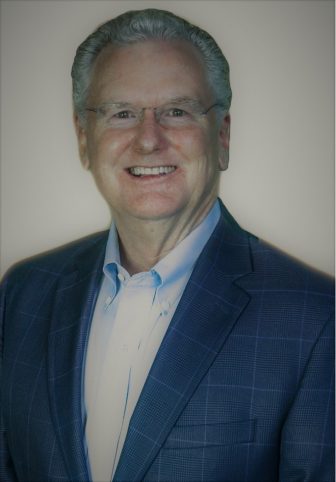 Greg Reilly had worked from 2013 to 2018 as a reporter and editor with two newspapers owned by Hearst Connecticut Media/HAN Network, including the New Canaan Advertiser.

“There are a lot of grants out there that we have not applied for that we are eligible for,” the town’s human resources director, Cheryl Pickering Jones, told the selectmen during their regular meeting, held at Town Hall and via videoconference. “And so we are hoping with Greg’s assistance that we will be able to open up some of those doors and apply for some of those grants.”

Reilly said he’s been working full-time for the town of Stratford as a grant writer with “good success.”

“I think the short story is that we have learned here that the skills of a journalist apply very nicely to those needed for grant-writing,” Reilly, a Stratford resident, said via Zoom. “I need to gather information, I need to work with department heads in finance and find out the details about projects for which we seek funding and then I need to present accurately and clearly and that’s it kind of in a nutshell so it’s about being aware of opportunities, being aware of projects and then aligning the two and making a good story.”

Reilly holds a bachelor’s degree in English from Syracuse University and has worked in editing and content creation jobs for 20-plus years, according to his resume. In Stratford in the past approximately 2.5 years that he’s been there, the town has secured about $5.6 million in local, state and federal grants, it said.

The selectmen welcomed Reilly, who is slated to start Oct. 24 and will report to the town’s CFO, working out of the Finance Department on the second floor of Town Hall.

Moynian said that the town had started consulting with Reilly about one month ago regarding the grant writing position.

“Greg knows how to do this,” Moynihan said, adding that the town is “thrilled to go with someone seasoned and can get the job done.”

Corbet said it helps “that you know so many of us here in town.”

“Not a steep hill to climb,” she said.

“I think that’s good for both of us,” he said. “You know me and I know you and many department heads. I think that will help.”