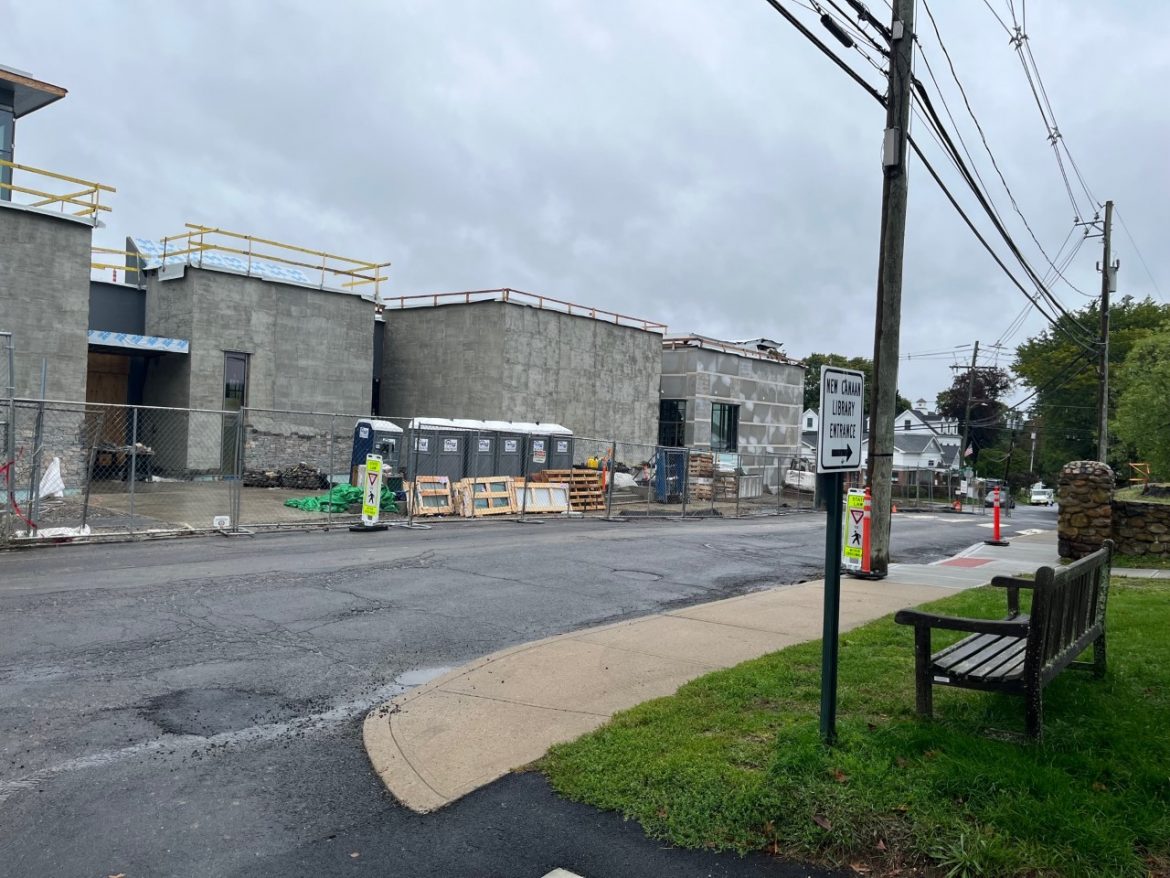 The sidewalk on the south side of Maple Street running toward Main Street, on Oct. 4, 2022. Credit: Michael Dinan

Town officials on Tuesday approved an approximately $46,000 contract with a Stratford-based company to replace parts of a sidewalk on Maple Street across from New Canaan Library.

The Board of Selectmen voted unanimously in favor of the $45,908 contract with Dalling Construction.

Some of the sidewalks on Maple Street between Main Street and South Avenue “are not part of the library construction project but should be done,” according to Public Works Director Tiger Mann.

“They have not been done since the Center School parking lot was installed,” Mann told the selectmen during their regular meeting, held in Town Hall and via videoconference. “It’s a concrete sidewalk with an asphalt overlay. So the library has to take care of the north side of Maple Street and a portion of the south side of Maple Street around the Center parking lot entranceway. So the area from the entranceway down to Main Street and the entranceway up to South Avenue is the town’s responsibility. And after spending $30 million-plus, I think it would be in our best interest to have all the sidewalks look the same.”

They asked Mann how the town determines who is responsible for what part of the sidewalk there (there’s a sketch included in the library’s approved construction documents), whether the sidewalks are all ADA-compliant (yes), whether the new sidewalks will be all concrete as opposed to asphalt (yes, with a granite curb to be consistent throughout town), whether there are sidewalks that will connect to the new ones being installed on Maple (yes, on all four corners) and where Dalling is from (Stratford).

Williams asked where the town is in terms of redesigning the Center School lot. Moynihan said there’s already been work done to make the South Avenue opening two-way. He added that one year after the construction project is finished, the library is to commission a traffic and parking study to determine whether an expansion of the lot is necessary.