Weeks after losing its well-regarded CFO to one neighboring town, New Canaan is hiring away a successor from another. 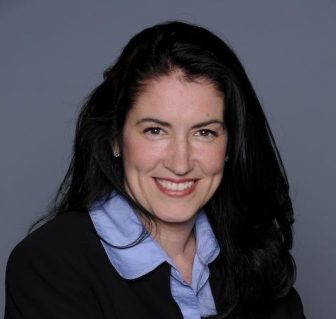 The Board of Selectmen during a special meeting Monday voted 3-0 to hire Anne Kelly-Lenz starting Jan. 18. The CFO of Wilton since 2015, she succeeds Lunda Asmani, who left New Canaan last month to work for Norwalk.

“[First Selectman] Kevin [Moynihan] has met her, members of the Audit Committee have met her and Lunda highly recommends her,” Pickering Jones said. Board of Finance Chair Todd Lavieri also met with Kelly-Lenz, officials said.

It comes as the town prepares to enter the fiscal year 2023 budget season.

Kelly-Lenz “is currently doing double duty at Wilton for the Board of Education and the town,” Moynihan said.

Williams, who in the past served as chair of the New Canaan Board of Ed, said, “I think we are lucky to get her. She kind of hits the sweet spot for us with her being in Wilton and stuff. i think it’s particularly helpful that she’s been doing both roles even though she kind of wanted to trend away from that, but it gives us the opportunity to have us a CFO who is intimately familiar with a Board of Education not dissimilar to ours. I think it’s going to be really helpful going forward.”

According to a resume posted as part of a public meeting packet, Kelly-Lenz earned a bachelor’s degree in business administration and a master’s in teaching from Sacred Heart University in Fairfield. Prior to starting in Wilton, she worked in the private sector—including at JWM Partners LLC in Greenwich—then for Stratford and Bridgeport.

Kelly-Lenz will work for both New Canaan and Wilton for about one month in order to help the latter town in its transition to a new CFO there, Pickering Jones said.