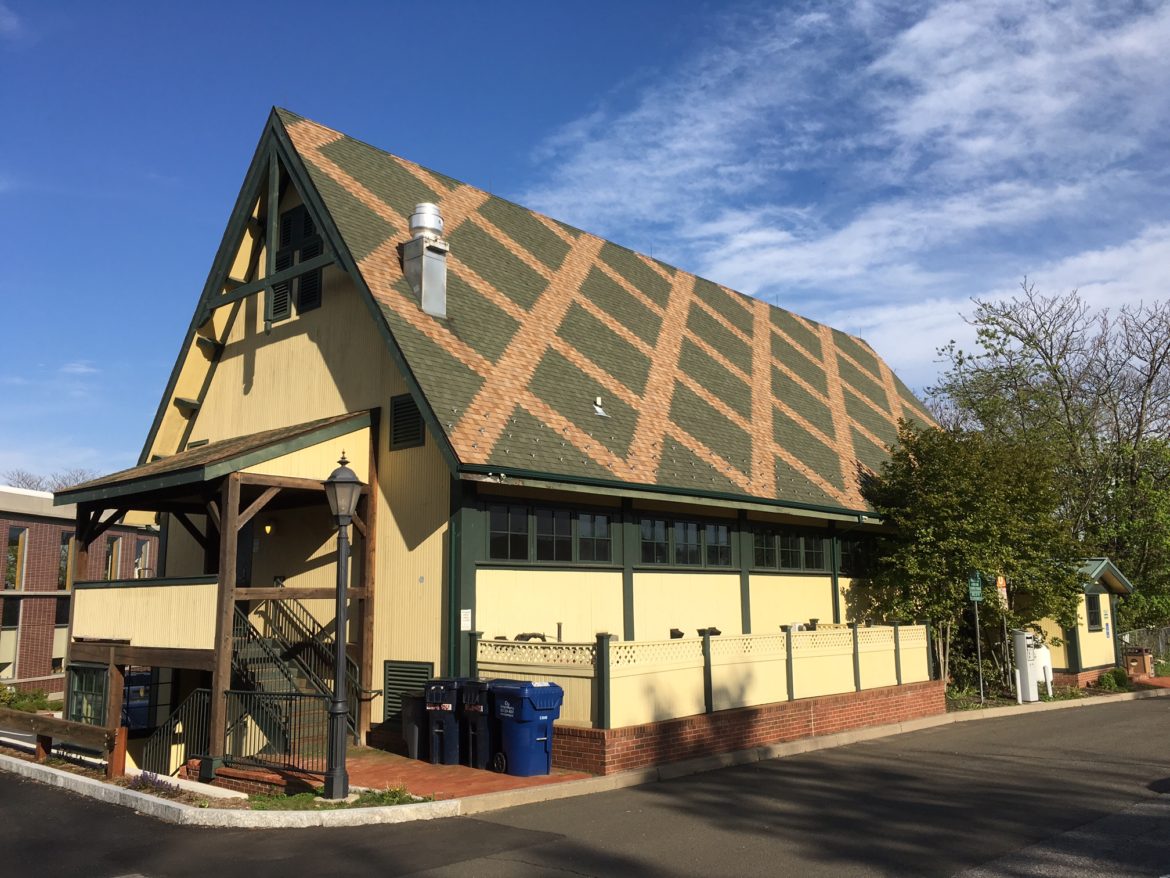 A local dance studio is lined up to rent the upper level of the former Outback Teen Center on a part-time basis, town officials said Wednesday night.

With the studio operating from about 4:30 to 8:30 p.m. on weekdays, and restricted from putting on performances there, the town could rent out the space for the balance of the day, generating revenue that—combined with an estimated $35,000 that the studio would pay annually in rent—would help New Canaan cover its maintenance costs for the long-vacant structure, according to Bill Oestmann, superintendent of buildings with the Department of Public Works. (Oestmann declined to name the specific studio, though some of what he said indicated it could be the New England Academy of Dance—see below.)

As long discussed, the lower level of the Outback could be configured into office space for the Department of Human Services, an agency that would leave its current home in Vine Cottage so that that building could be sold, Oestmann told members of the Town Council at their regular meeting.

Oestmann said he could foresee parents dropping off their kids and then visiting local businesses.

“My hope would be if they are waiting, they can park here and shop downtown, so with an hour or two that their children are there, they can hopefully visit the restaurants and shops in town and spend some money,” he said at the meeting, held in Town Hall.

By the time the dance studio would start up around 4:30 or 5 p.m., he said, Town Hall workers would be finished for the day and the parking lot there empty.

“There is a little breathing room in that timeframe,” he said. “The rent will carry the operating costs of the building and pay down some of the debt that we will accumulate whether it is bonded or if you want to pay cash, it’s up to you folks and the Board of Finance, to help carry those costs, too.”

He referred to funds that the town would need to put into the Outback to prepare both the upper and lower levels for their new uses. First, the Town Council would take up a $50,000 appropriation at its next meeting. The appropriation would go toward architectural, engineering and other services needed to renovate the lower level of the Outback for office space and create ADA-compliant bathrooms for the upper level. (Because there would be no public-facing government use on the second floor, the town would not be on the hook for expensive capital investments such as installing an ADA ramp or elevator, he said.) Another approximately $300,000 would be needed to do the actual renovation work, Oestmann said, though that figure won’t be final until the first set of studies are done.

Oestmann noted that on Tuesday night, the Board of Finance signaled approval for the $50,000 in initial work “subject to acknowledgement that it is the intention of the town to divest itself of Vine Cottage” once Human Services moves out of that gabled Main Street building.

The idea of selling Vine Cottage and moving Human Services into the Outback first emerged in August, when the first selectman noted that the town’s five-year capital plan assumed the antique structure was no longer in New Canaan’s portfolio. At least one selectman has expressed reservations about that plan, however, calling for more public input.

During the meeting, Councilman Penny Young said, “I would like to see in our agreement that there is a consideration when we do our deed discussions … to putting Vine Cottage within the Historic District, and secondly that there be some provisions in the sale of the property that the facade of building remain as it is.”

Noting that New Canaan now uses several parking spaces at Vine Cottage and behind the privately owned Red Cross building next door, members of the legislative body asked Oestmann what would happen with parking if New Canaan divested itself of Vine Cottage. First Selectman Kevin Moynihan, a guest at the meeting, said the town has six spaces at Vine Cottage. Oestmann said discussions are underway to carve out the Vine Cottage property prior to selling it, so that lines are redrawn in a way that considers the town’s parking needs.

Oestmann stopped short of naming the specific dance business, though he did note that at its current location, the studio has a traffic congestion problem for parents seeking to pick up their kids. New England Academy of Dance, located on the corner of Main and Church Streets, has had that very problem for years—in fact, traffic officials this week agreed to recommend to the Police Commission that ‘No Parking’ signs be installed on both sides of Church from Main to Green Avenue to address it.

The studio in question also has a nonprofit organization as part of it, Oestmann said. According to Connecticut Secretary of the State records, New England Academy of Dance is a limited liability company located at 231 Main St. A nonprofit organization called ‘New England Dance Theater Inc’ is located at the same address, according to IRS records.

Town Council Vice Chairman Rich Townsend spoke glowingly of the prospects for both the former teen center and Vine Cottage.

“We have come up with a long-term strategy for the Outback,” he said. “It would be used for town purposes, it would be used for the young people of the town—for children, as the building was intended—on the second floor. The rent that we think we are going to get will offset all of the required maintenance, insurance, et cetera, of the building. And it will allow us to unburden ourselves of Vine Cottage for some [price], and it will effectively move us forward on getting rid of some buildings and getting rid of some space that we don’t need in town. It will open that door. It’s a perfect solution. This isn’t a two-year thing or something.”

With approval from town funding bodies, Oestmann said, the Outback could be ready for its new tenants in early-2019.

One thought on “Officials: Local Dance Studio Lined Up for Outback; Finance Board Pushes for Sale of Vine Cottage”