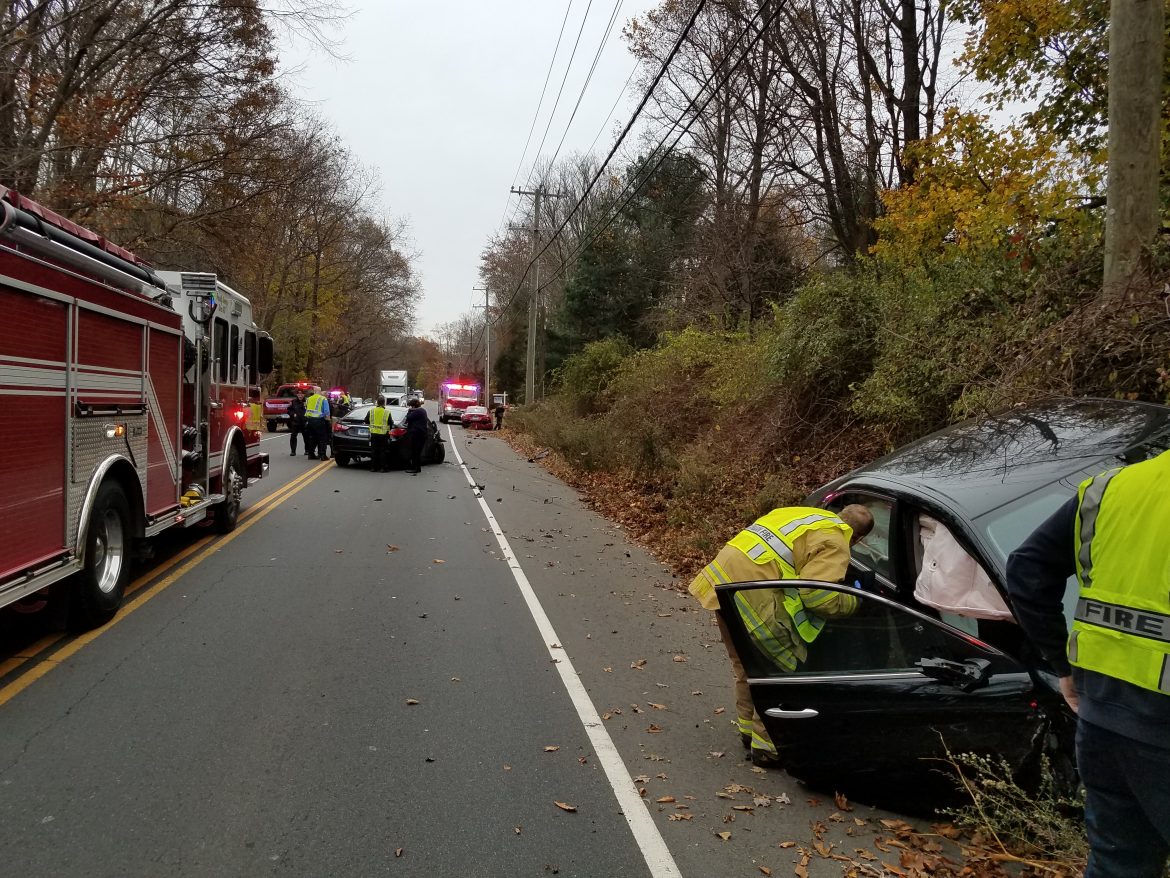 Scene of a three-car crash on Route 123 near Old Kings Highway on the morning of Nov. 15, 2018. Photo published with the permission of its owner

It was a three-vehicle crash, according to fire officials. Air bags had been deployed in at least one vehicle involved, and one vehicle appeared to have come to a stop off of 123 facing the oncoming traffic lane.

New Norwalk Road was closed for about one hour while emergency personnel tended to the injured parties and the cause of the crash was investigated, according to police.

That investigation is ongoing and it isn’t yet clear whether any motor vehicle violations were committed, police said.