New Canaan’s food pantry, long operated out of St. Mark’s Episcopal Church, may be relocated to a town-owned building following a report due at summer’s end, officials said. 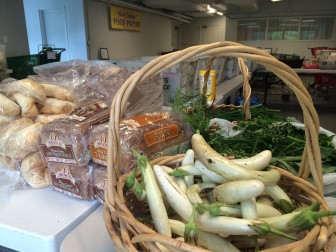 A newly appointed committee is studying the condition, needs and uses of 40-plus publicly owned buildings, and the food pantry may at some point move to one of them “that may be under-utilized,” according to First Selectman Rob Mallozzi.

“That will be determined as we look at our buildings and what we have,” Mallozzi said during a special meeting Tuesday of the Board of Selectmen, held at Town Hall. “I will heave that in other hands for the time being.”

The comments came as the selectmen approved unanimously a $1,250-per-month lease with St. Mark’s that will extend through Dec. 31. 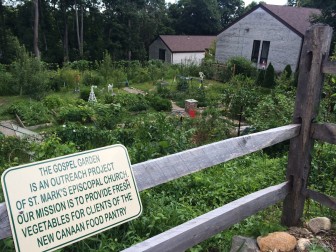 Mallozzi noted during last week’s meeting that St. Mark’s many infrastructure improvements on its own—including grading its driveway around back where the pantry is located and makings its steps ADA-compliant.

“The church has done a nice fit-out as you know, over the last couple of years, changed the way the deliveries take place and just the set up of rooms to make it much more conducive than it used to be,” he said. 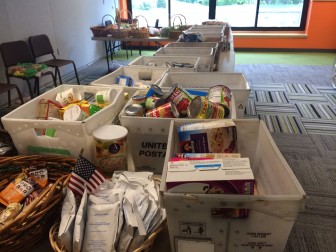 The volunteer-run food pantry is more than 10 years old, and fresh-grown vegetables from the St. Mark’s own “Gospel Garden” make up part of what’s offered to those who need it. Officials in the New Canaan Health & Human Services Department have said an increasing number of residents have come to rely on the food pantry for sustenance.

During the meeting, Selectman Beth Jones asked whether New Canaan’s lease with St. Mark’s had lapsed at some point. Officials said though the town may have missed a formal renewal, New Canaan has continued to pay rent there on a month-to-month basis for a period of time.