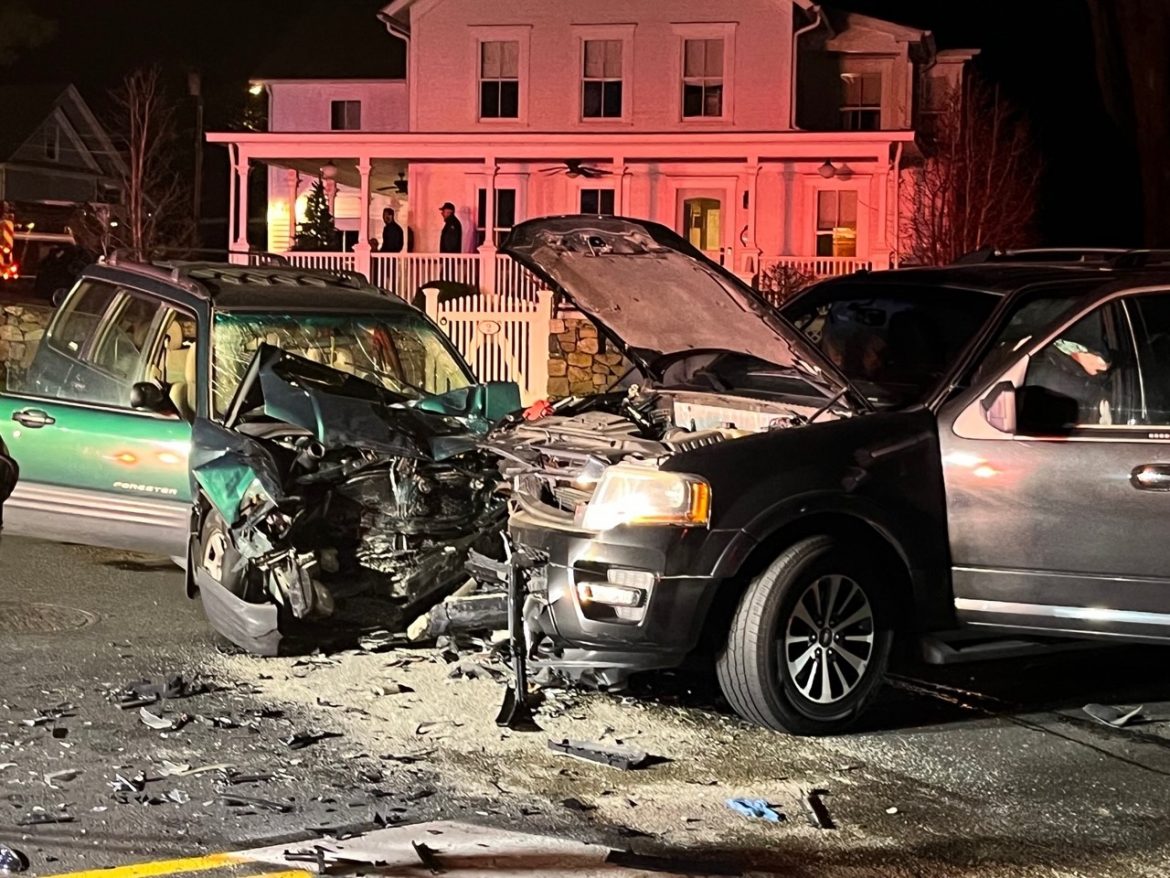 A car crash snarled up traffic at Route 106 and Park Street during the evening rush Wednesday. 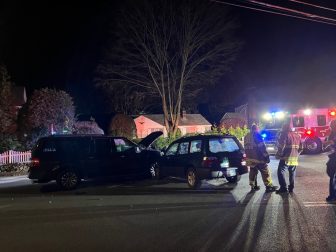 Police, fire and New Canaan Emergency Medical Services officials responded to the crash at about 5:42 p.m., according to a dispatch report.

The motorists involved appeared to suffer non-life-threatening injuries, according to police at the scene.

A Ford Expedition and Subaru Forester appeared to have a near head-on crash, and came to rest in the middle of the busy intersection at Old Stamford Road and Park Street amid broken glass and debris. 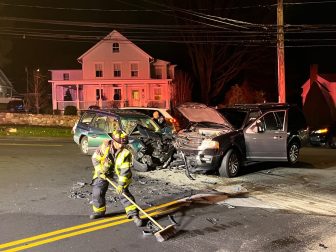 Traffic on 106 backed up past the sharp turn as evening commuters rubber-necked through a single lane of traffic directed by police.

It wasn’t immediately clear which direction the vehicles were traveling at the time of the collision, who was at fault or whether police would bring motor vehicle or other charges.