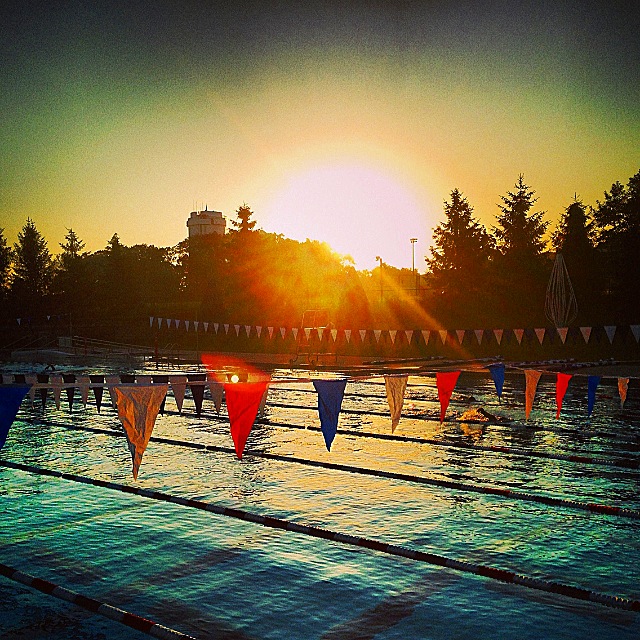 Given high demand from locals and new restrictions that limit capacity, the town will not sell Waveny Pool passes to nonresidents this summer, officials said Wednesday.

On the first day of pool sales, the town sold 219 family passes online to New Canaanites, as well as 21 individual passes, 15 nanny and 20 senior passes, according to Recreation Director Steve Benko.

Under new state orders, given the size of Waveny Pool itself and approximately 11,500 square feet of lawn around it, the facility is allowed to have a total of 320 people at one time and no more than 240 in the main pool, as well as 40 more in the kiddie pool area, Benko told members of the Parks & Recreation Commission at their regular meeting, held via videoconference.

No one will be allowed to linger on the concrete decks around the pool itself, and six feet of social distancing must be kept both in and out of the pool, Benko said.

“At this point, I think we have to give preference for use of the pool to our residents, as much as I’d like to offer some spots to nonresidents,” Benko said. “Let’s see where our sign-up goes. Like today, we sold 220 family passes today. Last year we had 670 family passes. My anticipation is that we are probably going to sell that many or more to our residents, because a lot of people are not going away. They are going to be in New Canaan. They will be looking for places to go. So I think once we get to the end of June, we might see if we have some space and might make it some spots available to nonresidents. But to do that prior to our residents having a choice, we’d get a lot of heat.”

Nonresidents normally put in for a lottery and pay far more than New Canaanites for family passes—town officials earlier this year approved a slate of fees that would have increased the fee to $1,250, compared to $455 for locals. The town has sold 100 nonresident family passes per year in the past, and most go to Darienites, officials have said.

The pool operation itself will be different this summer, given rules and restrictions that follow from the COVID-19 virus public health emergency. A cleaning company will come in four times per day, every day, to ensure the surfaces are clean, and lifeguards will wipe down areas such as pool ladders.

People won’t have to wear masks when they’re in the water, he said.

Commissioner Steve Haberstroh asked whether it would be up to the lifeguards to communicate the six-foot social distancing in the water and how that would work.

Benko said that a “deck guard” would be appointed to “walk around saying, ‘Guys, keep six feet apart.’ ”

“We will have them in chairs and on the deck saying, ‘Spread out, you can’t be bunched up.’ The one thing that’s crazy about it is it says if you are a family member—so if you’re a family, if you’re a mom and dad three little kids—you can go and huddle in the middle off the pool, and it doesn’t count as social distancing. So that’s going to be a challenge.”

Commissioner Carl Mason asked how the town would track the attendance at the pool to ensure it’s limiting the number of people there. Benko said a designated worker would be keeping count.

Benko said there’s no reason to limit the number of resident passes sold.

“I think our busiest day last summer we had 940 swimmers at the pool, and that was between 11 a.m. and 7 p.m,” he said. “So that’s over an eight-hour period. I think at our busiest time you might have 300 people at the pool. So people come and go. The pool is the kind of place you don’t come and spend the whole day there. You come for an hour or two and you leave. So I think we will be OK. Some towns are doing reservations for the pool. I hesitate to do that. We will start out with no reservations and see where we go.”

“The office has been busy,” Benko said. “Today we went online for passes to the pool and I gotta tell you that Bea and Debbie did a phenomenal job in the office. It was absolutely chaos because people didn’t have their username, they didn’t have their passwords. The phone rang nonstop. I looked at the phone thing sometimes. There were five calls lined up.”

2 thoughts on “Waveny Pool: Family Passes To Be Sold Only to New Canaan Residents This Summer”