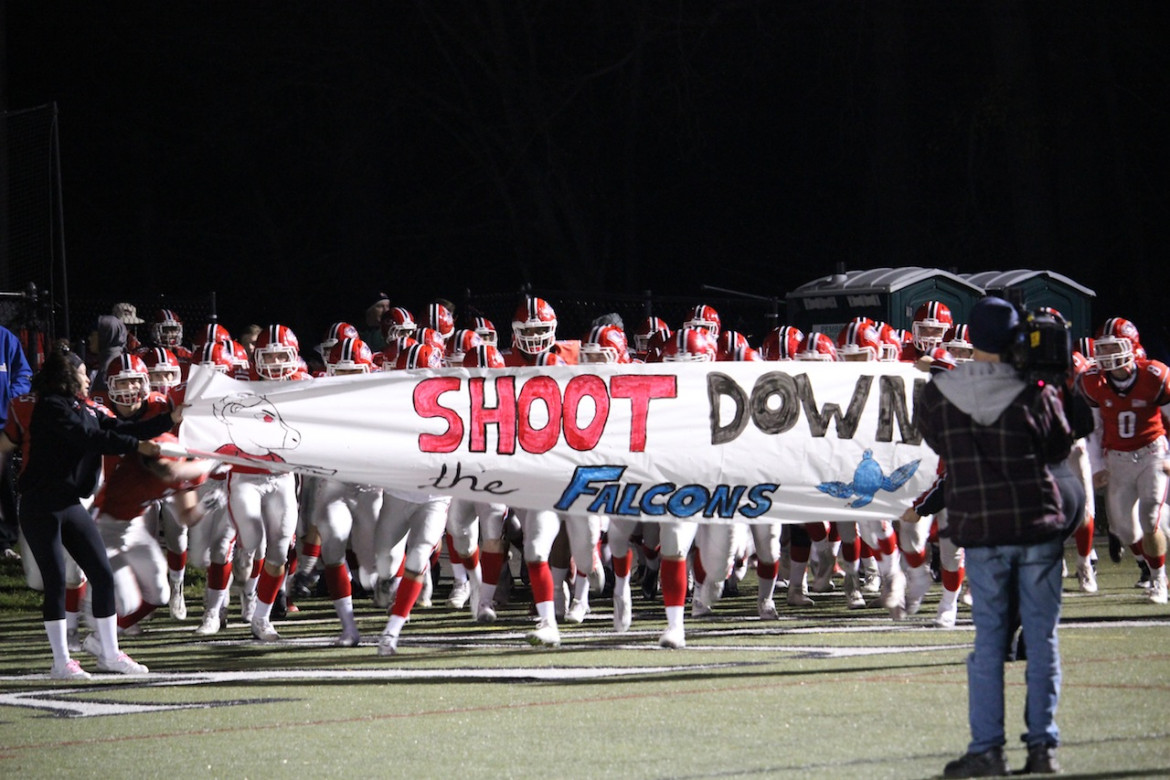 Saying New Canaan Public Schools acted immediately and responsibly after learning of financial problems involving an assistant to the high school’s athletic director, district officials are taking exception to some of the ways the matter has been described by investigators in police case reports.

The Board of Education put Anne Tomaselli on administrative leave straightaway after discovering that she had failed to say anything about more than $30,000 in overpayments made in her paycheck over a period of about three months in late 2015, according to Superintendent of Schools Dr. Bryan Luizzi and the Director of Finance and Operations Dr. Jo-Ann Keating.

District officials also notified the New Canaan Police Department immediately of that discovery, as well as after they found two bundles of $20 bills in Tomaselli’s office that were marked ‘football gate’ with dates from home Rams games from November 2015, they said.

And although it’s true that no criminal charges ultimately were brought against Tomaselli in connection with either matter, the state’s attorney—not the schools—made that determination, Luizzi and Keating said.

In fact, the separation agreement under which Tomaselli agreed to reimburse the school district $30,000 and never to be employed by New Canaan Public Schools was finalized only after police said there was inadequate evidence to bring charges against her for a potential theft, they said.

“We hold people accountable that we address issues as they arise and are always vigilant and careful stewards of the district’s resources,” Luizzi told NewCanaanite.com during an interview Tuesday.

He added: “We work cooperatively with the police, with others. We believe the work we do in education is the most important work on the planet and we approach that work with dignity, integrity and honesty, and expect everyone around us to do the same. And if that’s ever called into question then we will look into it, investigate it and hold people accountable if need be.”

The comments come on the heels of an article published by New Canaanite that cites and summarizes police investigators’ reports on the Tomaselli case from between March and July 2016.

The wider context for the Tomaselli matter, Keating said, is that the district received a management letter from auditing firm O’Connor Davies in January 2016 (reviewing the fiscal year 2015) that identified two significant deficiencies—the school cafeteria cash controls and “student activities controls” around cash, the major area of which is athletics.

On receiving that letter, the district immediately procure the auditing services of Cohen Resnik, an expert firm in the area, Keating said.

The overpayments to Tomaselli, made in $2,500 installments as part of her regular direct deposit paycheck over a period of 13 straight weeks, popped up right after the district in February 2016 implemented a new “full encumbrance system.”

“We did an exception report by person and there it was,” Keating said. “Also, she had not reported—either the fact that she was paid and that when she wasn’t being paid a few payrolls later when we discovered it, never brought it to our attention.”

Keating said she and Luizzi met with the chief of police at that time, and “asked him about the whole legality of that.”

“Is this a criminal offense? And he explained to us the reasons why it was. And so we said we wanted to report that and then also expressed to him the concerns that she’s involved with cash on a regular basis and that she’s involved with vendors … We started investigating that, looking at records, doing a deep dive into all the data that we have.”

That deep dive included checking Tomaselli’s file cabinets and emails after she had been put on administrative leave, and district officials “even met with the president of the FCIAC talk about fees and charges in the athletic conference,” Luizzi said, in order to try and get an accurate accounting of what funds should have come into the school through football games.

“We did take a few weeks to really get this information,” Keating said. “We were working with [Cohen Resnik] at the same time, sharing information with him, getting his thoughts on it. And when we had information we met with [Police Sgt.] Peter [Condos] and we shared everything we had with him.”

She continued: “We had interviewed Anne twice, on the day we put her on administrative leave—I think it was March 14—we went through all of the things that had happened. And then we had another meeting with her at the beginning of April and asked her all these questions.”

Those questions revolved around the major open question of whether Tomaselli knew that she had been overpaid for those three-plus months a total of $32,500. Tomaselli claimed that she did not know, because her husband handled finances, even though district officials could see that she had been logging into her school account to view paycheck-related information when the extra $2,500 payments were made.

In the end, because the school district did not have adequate financial controls in place as they do now, it was not possible to assign responsibility to any one specific person or persons for suspected misappropriation of cash, Luizzi and Keating said.

There’s also no dollar figure on how much money may have been missing from football gate revenues.

“What I do now is [compare] what we were collecting for the few years prior to Ann’s departure and I know what we are collecting now,” she said. “There are some variables. Every other year we have the Turkey Bowl, there’s weather considerations. Is there a difference that could be attributed to something other than those things? I think there is, honestly.”

Asked why the school district could not go back and put together a picture of how much money should have been deposited versus how much actual was deposited following football games, as officials did in the case of the lunch ladies arrested on felony larceny charges due to missing cash from the cafeterias, Luizzi said, “There are so many more variables than in a cafeteria.”

In the case of the lunch ladies, officials found that nearly $500,000 had gone missing over a period of about five years. Asked whether the funds from the football gate may have been similar, district officials said no.

According to Luizzi, Tomaselli’s collecting the overpaid fund and not telling anyone about it was itself grounds for termination. However, “we at the advice of our attorneys and working with the police were advised to have her remain on administrative leave while the investigation proceeded,” he said.

“So we left her on for a period of time so that we could do this investigation and try to get to some type of conclusion,” he said.

Ultimately, the separation agreement with Tomaselli was signed June 8, 2016 by Luizzi, Tomaselli and a union representative.

Keating noted that the district has “come a long way in the last few years.”

“We’ve really worked hard,” she said. “We are true to our responsibilities. I am personally. I am held accountable by Bryan all the time and we do a professional job.”

As with the school cafeteria cash handling, the way the football gate is operated and overseen is vastly different today, Keating said.

Three years ago, “there was no ticketing system,” she said.

“Anne would go to the bank and get the cash drawer—she had access to the bank account and could take out the money. Right now what it looks like it that central office meets the person who’s in Anne’s position right now at the bank the evening or the day of the event and they pull out the drawer. It’s much less than it used to be. It used to be around $2,000 and $2,500 they would pull now we pull—depending on the game—maybe $500 to $1,000. Now, in addition to that, we’ve implemented this year, an electronic payment process called ‘Go Fan.’ People can buy their tickets online and we’re really trying to push that. We want to get as far away from cash as we can. People enter just as they would go to another venue for an event. You scan your phone. As far as ticketing at the door, we have pre-numbered tickets and we have a log.”

The district also has installed safes in all offices that have cash.

“So right now our athletic department has a safe so if they’re there on a Saturday, they bring it to a safe and deposit it on the next business day,” Keating said. “It then comes down to our office and we double check the bank statement to confirm what was said on the deposit slip matches the bank statement.”

One thought on “‘We Hold People Accountable’: District Officials Weigh In On Handling of Former Assistant to NCHS Athletic Director”