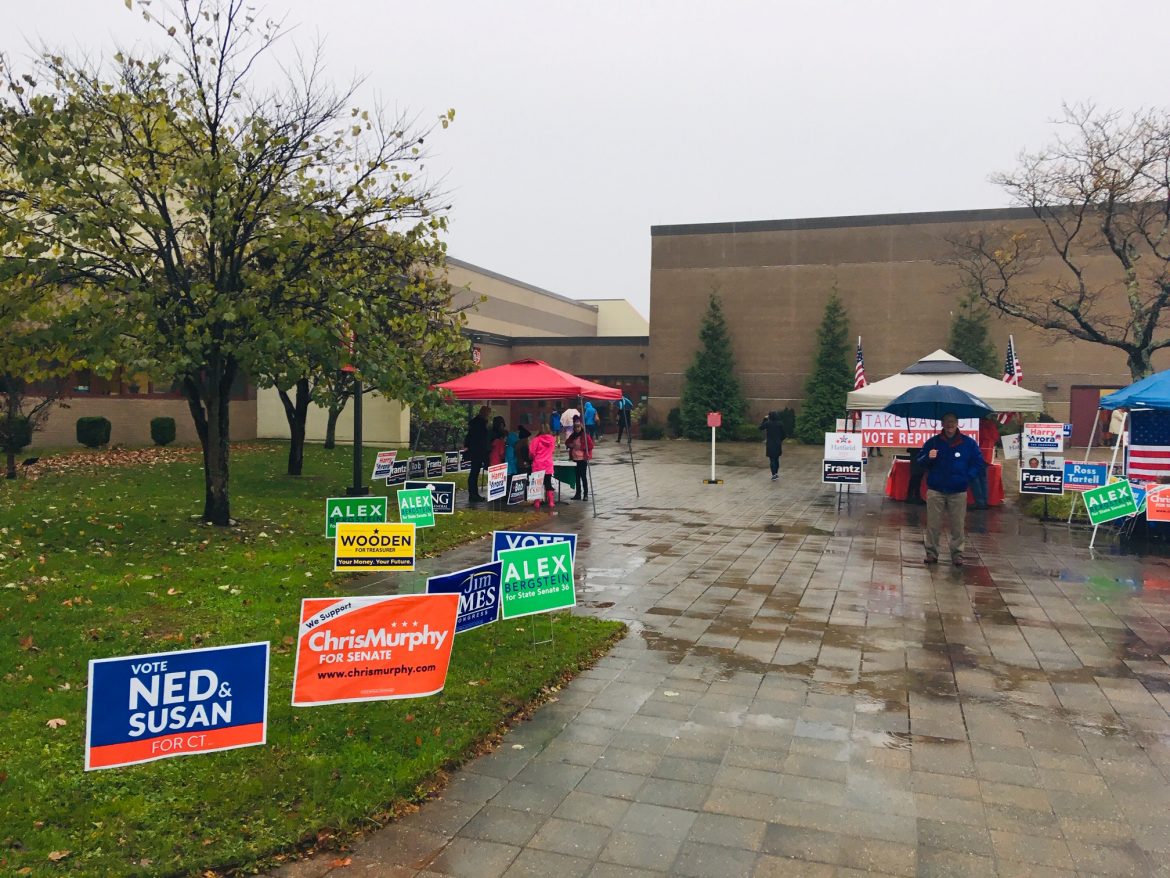 The governor’s race appears to be over. NBC Connecticut and other news outlets are reporting that GOP candidate Bob Stefanowski has conceded to Democrat Ned Lamont.

Separately, Greenwich Time newspaper has called the state Senate’s 36th District for Alexandra “Alex” Bergstein. It isn’t clear whether the result is official or if the incumbent Republican state Sen. Scott Frantz has conceded.

About 70 percent of New Canaan voters cast ballots on a cold, rainy Election Day, a high midterm turnout that saw local Democrats flip at least two seats in the state legislature that long have been held by Republicans.

Other state races, including for the governor’s seat, remained too close to call in the predawn hours Wednesday. Democratic candidate Ned Lamont after midnight pulled slightly ahead of GOP nominee Bob Stefanowski. Stefanowski’s campaign had sought a court injunction seeking to have ballots from some new voters in New Haven and UConn separated until they’re determined to be legal, though it’s unclear whether that will matter, as about 9 percent of voting districts in Connecticut had yet to report results as of 5 a.m. Wednesday. A CBS affiliate at 9 a.m. Wednesday reported that Stefanowski phoned Lamont to concede the race.

Here’s a look at how New Canaan voted—these figures include absentee ballots and same-day registrations data compiled by New Canaanite (and therefore unofficial)—we will update this table with official data and winners as results come in:


In addition to electing officials this week, voters approved two amendments to the state Constitution. One will allow legislators to ensure that all funds contained in the Special Transportation Fund go for transportation purposes. The other will require public hearings and legislation prior to the transfer, sale or disposition of state property.