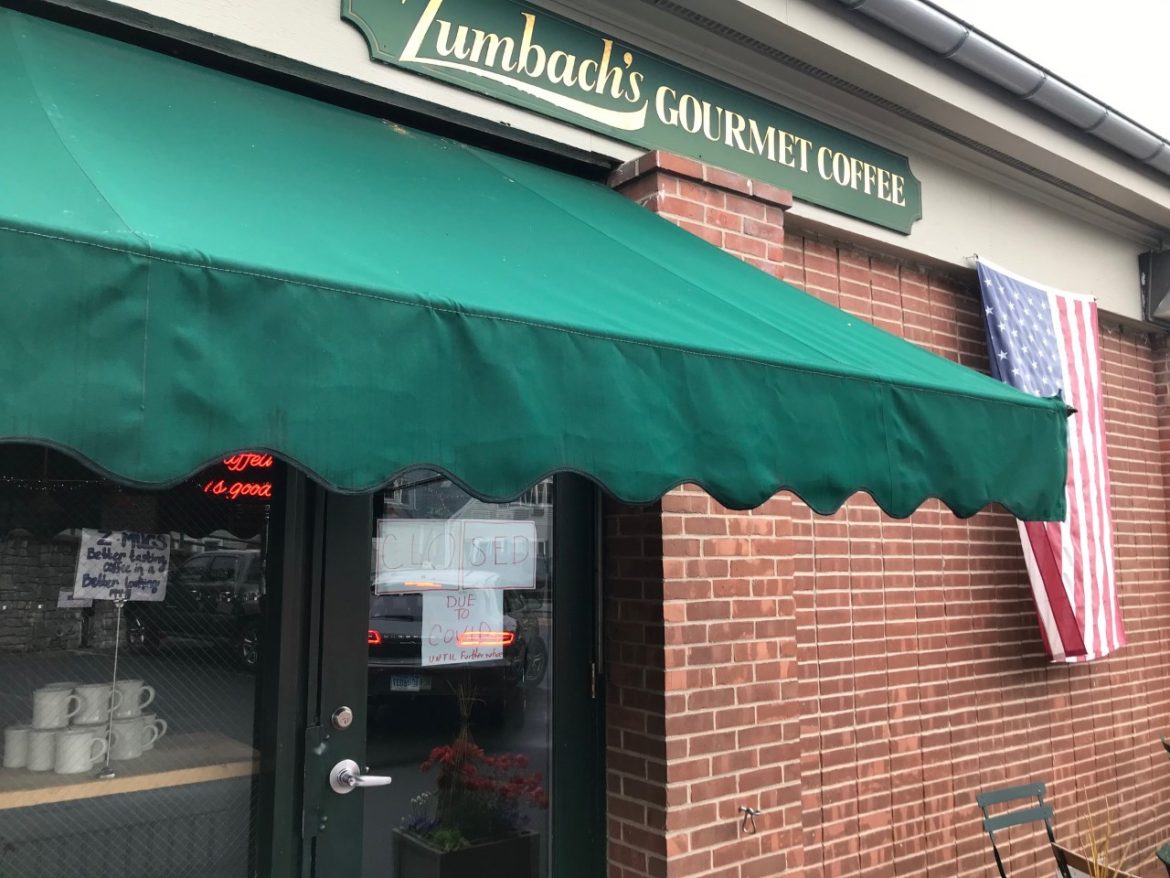 Outside Zumbach's Gourmet Coffee shop at Pine and Grove Streets, on May 2, 2022. Credit: Michael Dinan

Zumbach’s will reopen Saturday, according to the popular coffee shop’s owner, Doug Zumbach.

A popular New Canaan coffee shop is temporally closed due to COVID-19, according to a sign in its window. 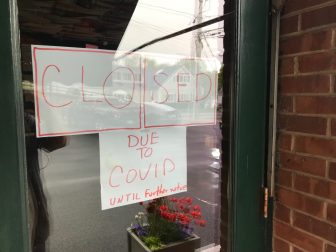 Outside Zumbach’s Gourmet Coffee shop at Pine and Grove Streets, on May 2, 2022. Credit: Michael Dinan

Zumbach’s Gourmet Coffee is closed until further notice, according to a sign that appeared Monday morning.

It’s unclear just when the shop closed, how many staff members contracted the virus or whether there’s an anticipated reopening date. Town resident Doug Zumbach, the owner, could not immediately be reached for comment.

According to the most recent information released by the New Canaan Health Department, the town had 53 positive COVID cases for the week ending April 30, down from 82 the prior week. According to the continuously updated pandemic operating guide for New Canaan Public Schools, a total of 52 students were in isolation due to testing positive for the virus as of May 2, as well as 18 staff member district-wide.

Hub of the popular Caffeine & Carburetors car show and a regular meeting-place among New Canaanites, Zumbach’s was among the established local businesses that adjusted quickly starting in the early weeks of the pandemic, changing its hours and operations to accommodate social distancing and continue to stay open while serving the community.

Here’s a podcast with Doug Zumbach from last summer.