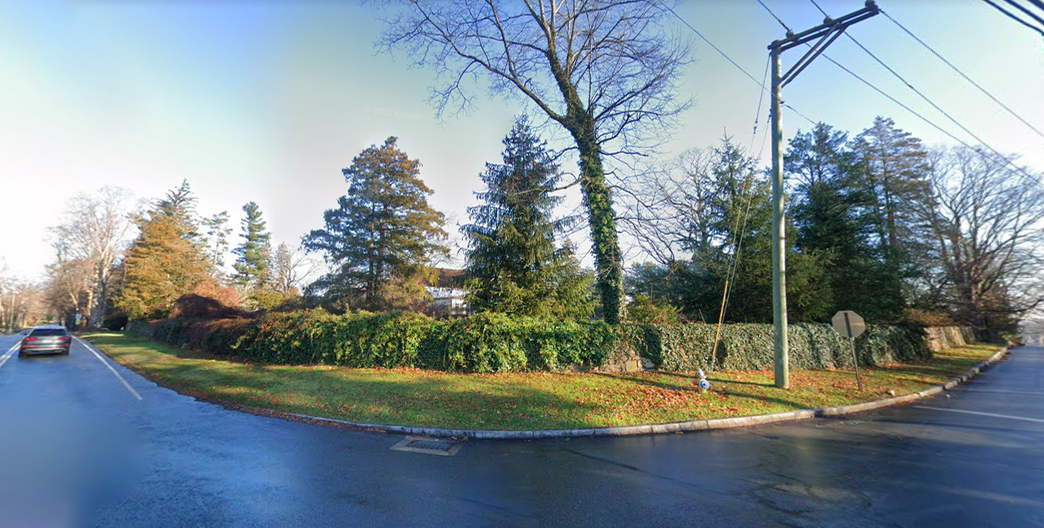 A 102-unit residential development is planned for 751 Weed St., located on the northeast corner of Weed's intersection with Elm Street. Streetview

A 102-unit residential development is planned for the corner of Weed and Elm Streets, according to an application filed with the town.

The development at 751 Weed St. “will consist of 47 one-bedroom units and 55 two-bedroom units, including 8 two-bedroom units with a den,” according to an application filed Jan. 25 on behalf of the project’s developer by attorney Timothy Hollister of Hartford-based Hinckley Allen.

The Jan. 25 application‚ which is to be discussed during the Feb. 10 Board of Finance meeting, according to the meeting agenda—came into the the New Canaan Water Pollution Control Authority and Public Works Director Tiger Mann, as required by state statute regarding sewer capacity and approval for hook-ups for such projects. (The Board of Finance serves as the WPCA in New Canaan.)

New Canaan’s own Sewer Use Rules and Regulations can be found here—see especially Section 229 on page 10, which requires a “letter of request for sewer line extension to the Water Pollution Control Authority,” among other documents that form the packet submitted by Hollister.

According to the application, obtained by NewCanaanite.com, Arnold Karp is developer and owner of the property, as principal of W.E. Partners LLC and trustee of the Karp Family 2006 Trust, a principal of the ownership company, 751 Weed Street, LLC.

The property is located near Irwin Park and is abutted by single-family homes. It also is located across the street from the Hatfield Mews condominiums—a residential development owned by the Hatfield Mews Town House Owners Corporation, whose principals include First Selectman Kevin Moynihan.

In 2018, Karp said he would be willing to work with the town to create housing for seniors there—a project that never materialized.

According to Hollister’s biography on the Hinckley Allen website, he “is recognized both regionally and nationally for his work in workforce and affordable housing development,” among other areas.

The property at 751 Weed St. “is not within any aquifer protection areas or watersheds of any water companies,” Hollister said in the application, and “contains no wetlands and is not located in a historic district.”

Hollister requests “approval of this application because (1) the subject property is already connected to the public sewer system, and this application does not require an extension of a sewer line or an enlargement of a sewer service area; (2) in connecting the proposed development to the public sewer system in Elm Street, the applicant will comply with all engineering, technical, environmental, and operational requirements of the Town’s Sewer Rules and Regulations; (3) the connection can be accomplished within the public right-of-way of Elm Street; and (4) based on historical and recent data and information provided to the applicant, based on average daily flows, the Town’s sewer system has ample capacity to accept the proposed flow of 23,550 gallons per day.”

The Board of Finance is scheduled to meet at 7 p.m.