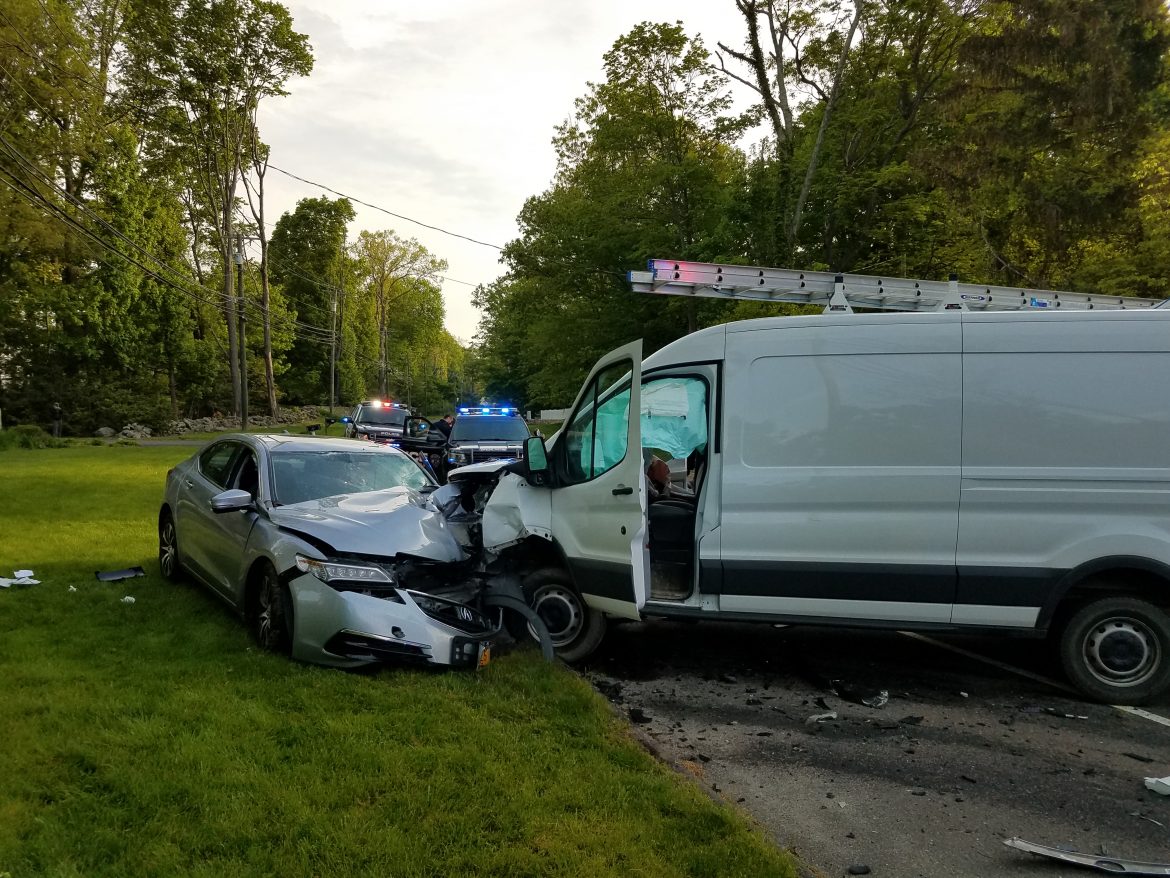 A car and van were involved in a head-on crash in the area of 280 Smith Ridge Road on the morning of Friday, May 17, 2019. Photo courtesy of the New Canaan Fire Department

Police on Sunday charged a 29-year-old Guilford man in connection with a head-on crash on Route 123 earlier this year.

At about 6:27 a.m. on May 17, officers investigated a crash at Smith Ridge Road and Glen Drive, according to a police report.

The Guilford man, traveling northbound on 123, swerved into the oncoming traffic lane and struck a vehicle, the report said.

Investigators determined that he may have fallen asleep while driving and did not recall the crash, it said.

He was charged with reckless driving and cited for failure to drive right.

On Oct. 6, Connecticut State Police took custody of the motorist sand transported him to New Canaan Police headquarters for processing.

He was released on $500 bond and scheduled to appear Oct. 15 in state Superior Court in Norwalk.