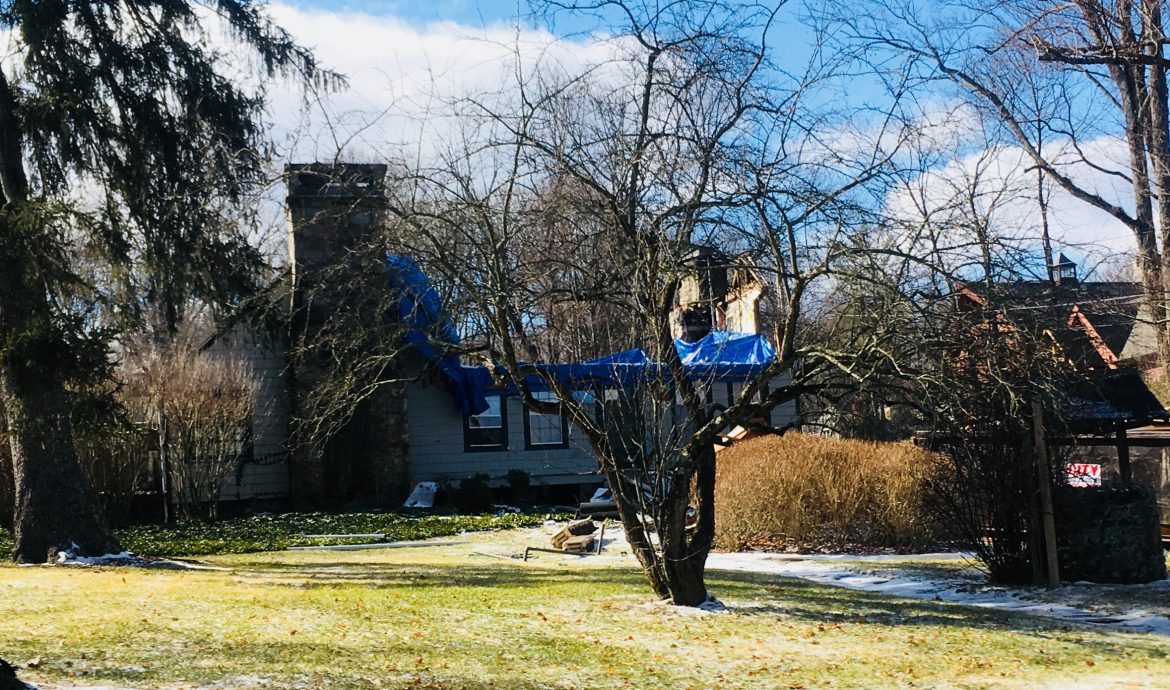 In the wake of a widely discussed unpermitted demolition on White Oak Shade Road, members of New Canaan’s legislative body say they’re looking to go beyond the rather soft penalties dictated by state law for such actions.

The owners of a rare pre-American Revolutionary War-era house at 251 White Oak Shade Road faced only a $500 fine after removing the top half of the home in February without authorization to do so—less than they would have paid in fees for a legal demolition permit.

Last week, the co-chair of a Town Council committee that oversees ordinances in New Canaan said it’s important to “figure out how to not have that happen again.”

“Here is somebody that went in and tore off half of a house without any kind of notice or permit—and that was an antique house, it was built in the 1700s,” Steve Karl said at a meeting of the Council’s Bylaws and Ordinances Committee, held Oct. 1 at Town Hall.

“They did something really, really bad and a $500 fine is ridiculous,” Karl said. “There has to be something more than that, when you do something that egregious. How do we deal with that? That is something that we should at least look at.”

Under Chapter 541 of the Connecticut General Statutes, the State Demolition Code is administered by the local building official and a permit is needed to “demolish any building, structure or part thereof.” Anyone who violates the provisions of the Demolition Code “shall be fined not more than five hundred dollars or imprisoned not more than one year or both,” under state law.

Historic preservationists in New Canaan voiced concern about the minimal impact of such a law, though officials also noted that if a demolition delay were to follow, property owners lose money.

In this case, due to concerns about how an exposed second floor could further damage the house, and on the strength of the homeowner’s plans to preserve at least part of the antique structure, town officials opted to forgo a demolition delay.

Even so, the homeowners in April put in for a demolition permit for the entire home. It was issue in June, and the homeowners subsequently tried to sell its “antique original beams” online for $150 apiece.

Karl said the Committee would consult with Chief Building Official Brian Platz before making any recommendation to the full Town Council.