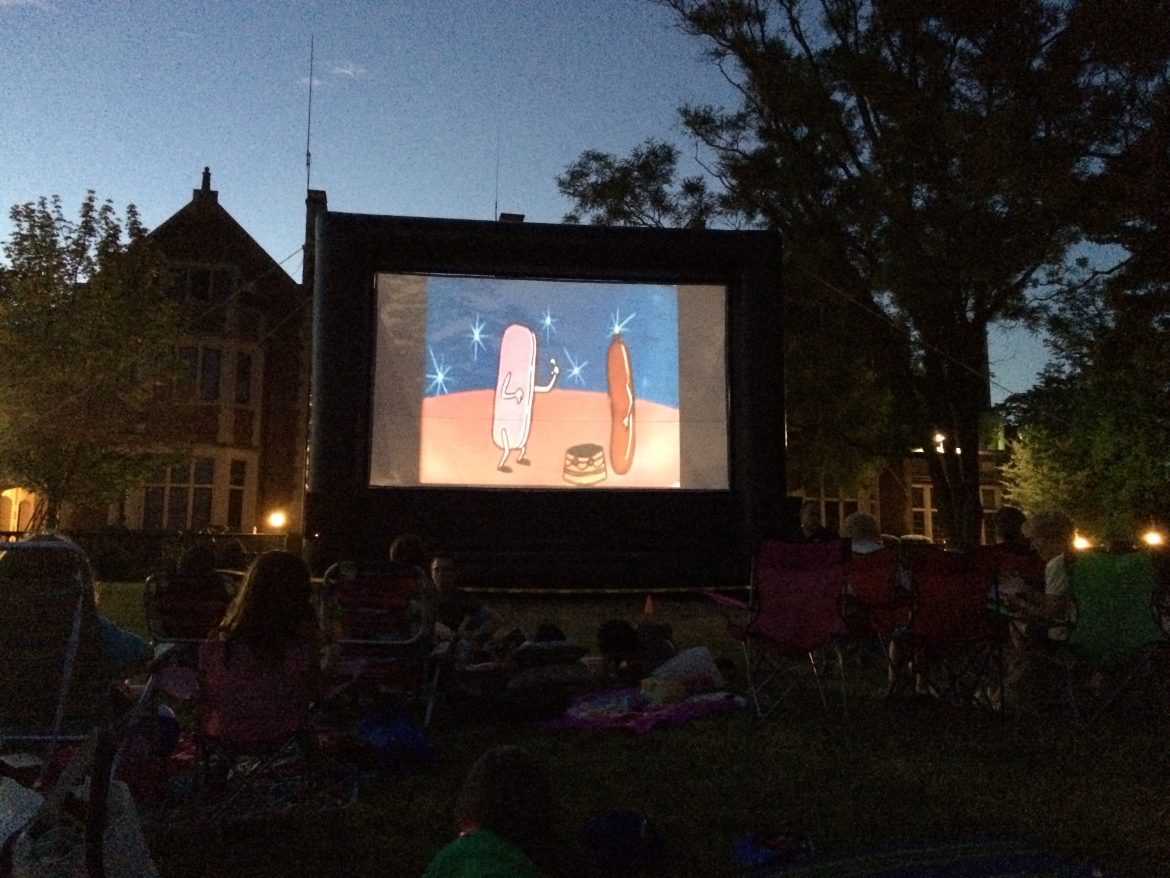 A little more than three years ago, town resident Jonathan Breen came up with the idea of hosting a family-friendly outdoor movie night at Waveny Park.

“I’ve always loved the idea of having outdoor movies,” he told NewCanaanite.com. 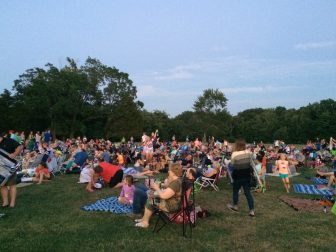 “I just reached out to the town and pitched them the idea,” he added.

With the blessing of the Recreation Department, Breen said he reached out to a number of sponsors around town.

Steve Karl, vicepresident of Sales at Karl Chevrolet—one of the event’s sponsors—said the project has been “a grassroots effort.”

“It seemed like a great idea, and over the last few years that we’ve done it it’s really been a nice event,” he said.

“We actually have a lot of fun,” Karl added, “because there’s a little popcorn stand and it really feels like you’re going to a movie, but it’s a different kind of venue because you’re outdoors.”

This year’s free Outdoor Movie Night will take place this Friday, Aug. 23, with attendees welcome to picnic prior to an estimated 8 p.m. movie start time. The movie being screened this year is “Smallfoot,” an animated movie about a group of Yetis who come across a human, each having thought the other was just a myth.

Doug Stewart, vice president of Walter Stewart’s Market—another of the event’s sponsors—said he “thought it was a really fun idea” when Breen first pitched it to him.

“We love to be involved,” he said.

Speaking as a parent, Stewart said he thought the movie night was great.

“It’s a family event, and it’s a great location for it,” he said.

Karl agreed with that sentiment. “Kids really like it,” he said. “That’s kind of the reason we were involved from the beginning—it seemed like a great thing for the community and we wanted to be part of it.”

The other event sponsors are First County Bank and NewCanaanite.com.

Recreation Supervisor at the New Canaan Recreation Department Steve Dayton explained the work that goes into putting on the movie night, including hiring the 26-foot screen, advertising the event, and organising food.

The event has proved popular, Dayton said, with about 400 people attending the past two years.

Asked why he thinks the event is so popular, Breen said, “Everyone loves movies. We’ve been fortunate with the weather—we’ve had really nice nights and it’s a really nice way to be outside together: watching a fun movie under the stars.”

Looking ahead, Breen has plenty of ideas for where the movie night might go in the future.

“One of my goals is to be able to buy a screen and be able to show it at different times of the year,” he said. That would open the door to events like an “old-school drive-in”, a holiday movie, or screening important sporting events like the Women’s National Soccer Team final, Breen said.