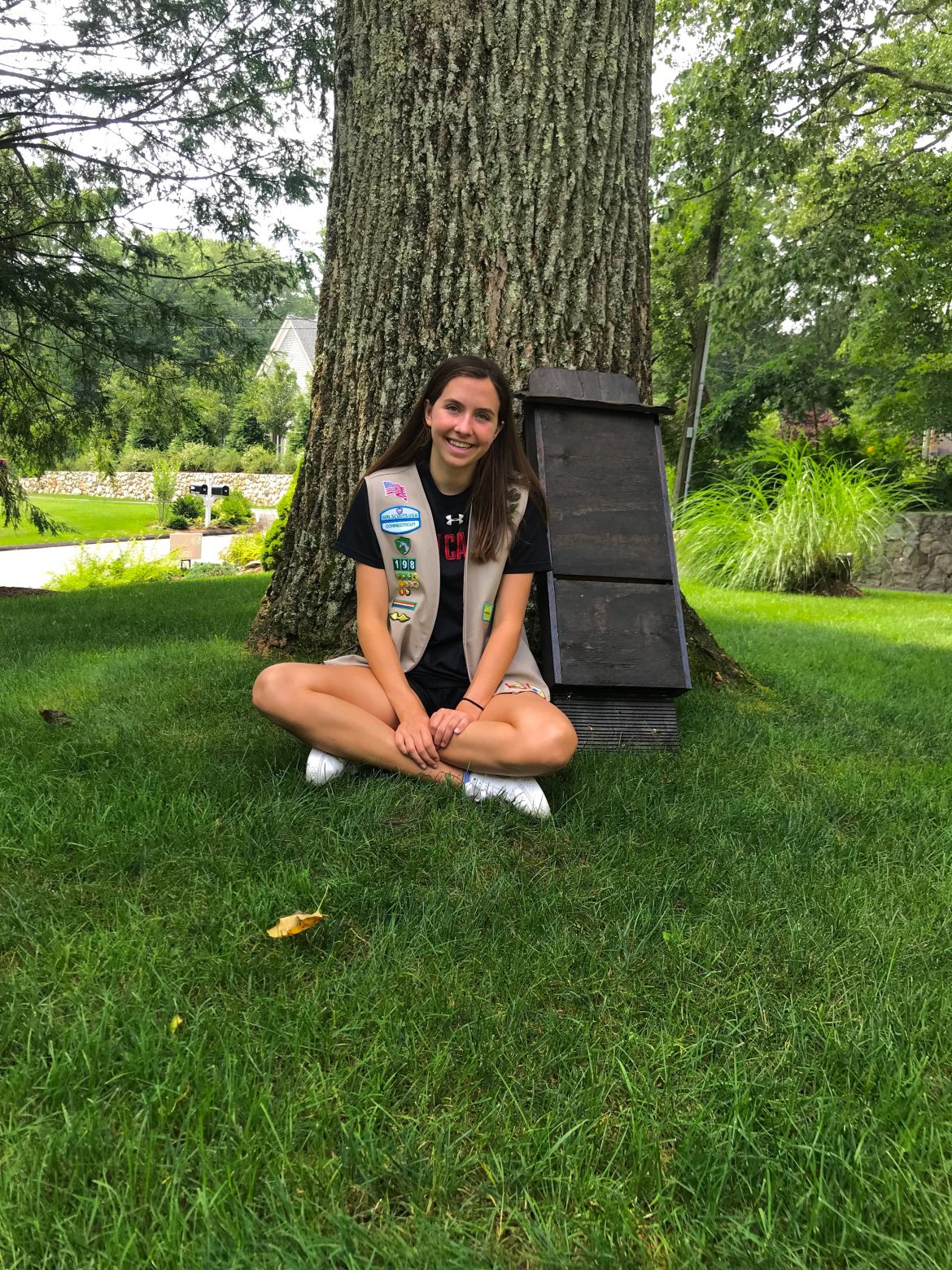 A local teen’s Girl Scout Gold Award project has seen the creation and installation of nesting habitats in three New Canaan parks for a largely misunderstood and threatened mammal.

A Girl Scout since the first grade, Sokolowski completed the project for her Gold Award, the highest achievement possible in the organization. To receive a Gold Award, candidates must complete 80 hours of service, Sokolowski said. She added that the project must be sustainable, and it must educate the public on an issue the candidate is passionate about.

Sokolowski, who is headed to Indiana University in the fall to study business, had the idea to hang the bat houses after taking an AP environmental science class during her senior year at NCHS. There, she learned about the plight of bats, she said—a number of species of which are included on on Connecticut’s list of Endangered, Threatened and Special Concern Species.

“The bat population has decreased 90% in the past 10 years [in the United States] due to white nose syndrome,” Sokolowski said. White nose syndrome is a type of harmful, often fatal fungus that grows on the noses of bats, according to the White Nose Syndrome Response Team.

“I thought it would be a good idea to create some awareness about all the good that bats do, and common misconceptions,” Sokolowski said. 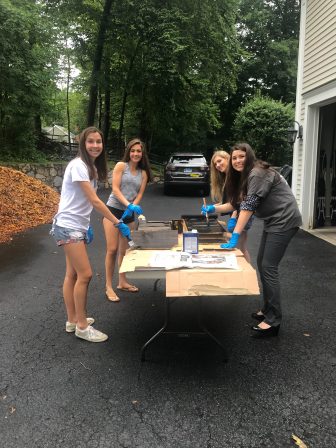 According to Sokolowski, bats “have a lot of benefits to our ecosystem.” For instance, “They reduce insect populations like mosquitoes—a single bat can eat up to 8,000 mosquitoes a night,” Sokolowski said. They are also “key pollinators,” she added, “Especially with the bee population going down, it’s awesome that they [bats] can help out with that.”

As well as being an active Girl Scout for the past 11 years, Sokolowski has been involved with the National Charity League, ran the Get Outdoors Club at NCHS, and was captain of both the field hockey and winter track teams.

The bat houses will give the bats “shelter and a place to congregate,” Sokolowski said. While they won’t help directly with the larger problem of white nose syndrome, she said that the nests will hopefully “boost the population by giving them a safe place to nest.”

A significant amount of work went into building the bat houses. After receiving endorsement for the project from New Canaan Public Works Director Tiger Mann and approval from a Girl Scout Council, Sokolowski told NewCanaanite.com that she travelled to the home of her grandfather—a woodworker—in Virginia to cut and shape all the pieces of the boxes. Back in New Canaan, with the assistance of some friends, Sokolowski said she constructed the boxes and hung them from her chosen trees. 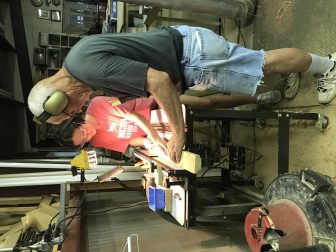 Asked how she will know whether the bat houses are having an effect, Sokolowski said, “Eventually, we should see droppings under the box which would show that the bats are in there, doing good—pollinating… and eating mosquitoes.”

Sokolowski plans to place information about bats on the Parks and Recreation website, “so people can make their own bat houses and learn about bats,” she said.

She also intends to hold “a little bat box inauguration ceremony, where anyone can come,” to display the boxes and thank her advisors and others for their help. While an exact date has not yet been set, Sokolowski said that it would be before she leaves for college on Aug. 18.