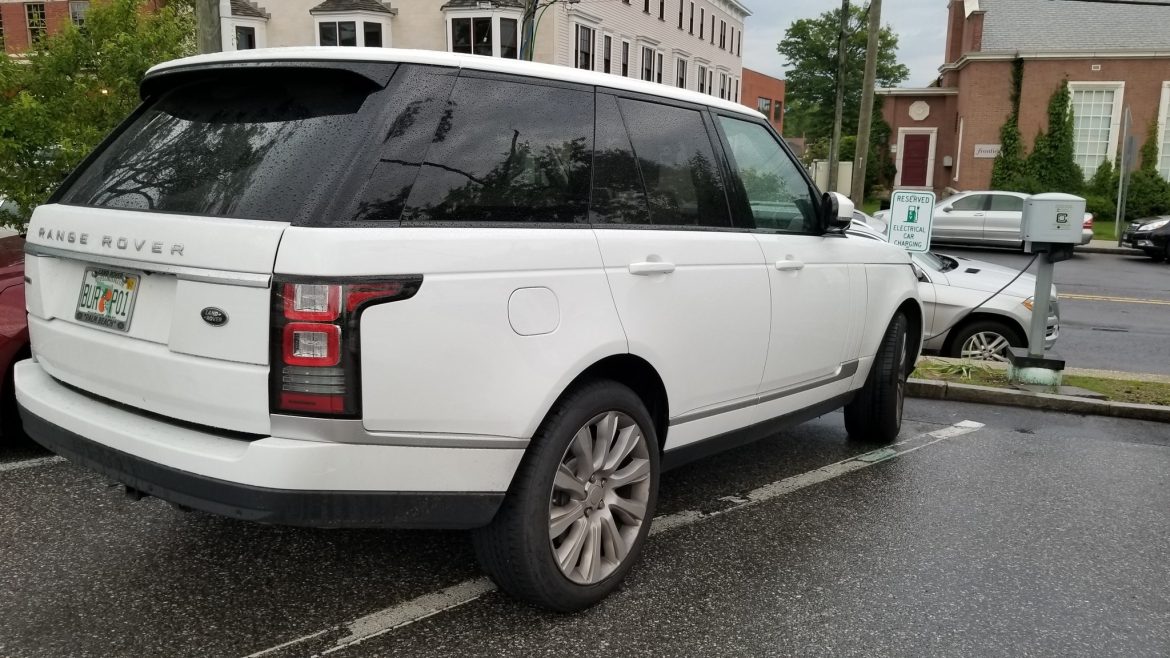 New Canaan has fallen behind “peer” municipalities such as Westport and Greenwich in how few electric vehicle charging stations it offers visitors, a deficit that the town could start to address this spring, officials said last week.

With just four public stations compared to some 30 in other towns, New Canaan isn’t doing as much as it could to draw those seeking to shop, dine or see major attractions such as the Philip Johnson Glass House, and to ease the “range anxiety” of those visitors with electric vehicles, according to Parking Commissioner Chris Hering.

Strategically placed around the downtown, the additional charging stations could be marked “electric vehicle preferred” so that regular gas-powered cars could use them, too, Hering said at the Commission’s March 14 meeting. They also could be set up efficiently as “dual-headed tandem stations” so as to serve a cluster of four parking spots at once, he said.

“In order to get the most out of EVs you basically want to have [the charging stations] in a place where parking spots turn over,” Hering said. “So, not at the train station, not at places that are used all day. Ideally you want them in highly visible places where transients would come and park and that have been shown to draw commerce into a town, and basically help brand the town as helpful.”

So, for example, the Park Street Lot could be a key location because it draws many visitors who walk down to the Glass House visitors center, Hering said. Additionally, the Center School Lot is a good candidate because it’s close to New Canaan Library, and charging stations could be part of the plan to redo Locust Avenue Lot this summer.

The Public Works budget has funding to install two stations this spring—it costs between $3,000 and $4,000 to do that work (see pages 48 and 59 here)—and there may be donations coming in for the units themselves, which cost about $3,500 apiece, Hering said. The cost of the electricity itself is small enough that it’s not a major consideration in pursuing installation of additional stations, he said.

Hering’s comments came during a general update for the Commission on electric vehicle charging stations. Hering said he consulted with local experts such as Leo Karl III of Karl Chevrolet, which offers the fully electric Chevy Bolt, as well as New Canaan Public Works Director Tiger Mann and Tucker Murphy, executive director of the New Canaan Chamber of Commerce and chairman of the Tourism and Economic Development Advisory Committee.

The proposed budget now under consideration by town funding bodies includes a $10,000 earmark for electric vehicle charging stations in fiscal year 2021, as part of the fluid five-year capital plan. Hering said he would present before the Board of Selectmen regarding the possibility of setting aside funding for additional targeted stations.