We’re asking people around town to tell us their five obsessions.

Allison Courtney, 14, a Wilton High School freshman, was walking up Elm Street with three fellow divers from the Whirlwind Diving Team at the New Canaan YMCA, and she was a ready participant. 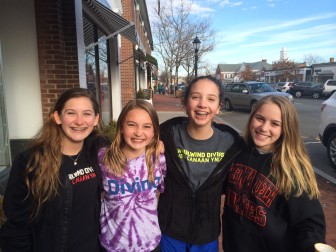