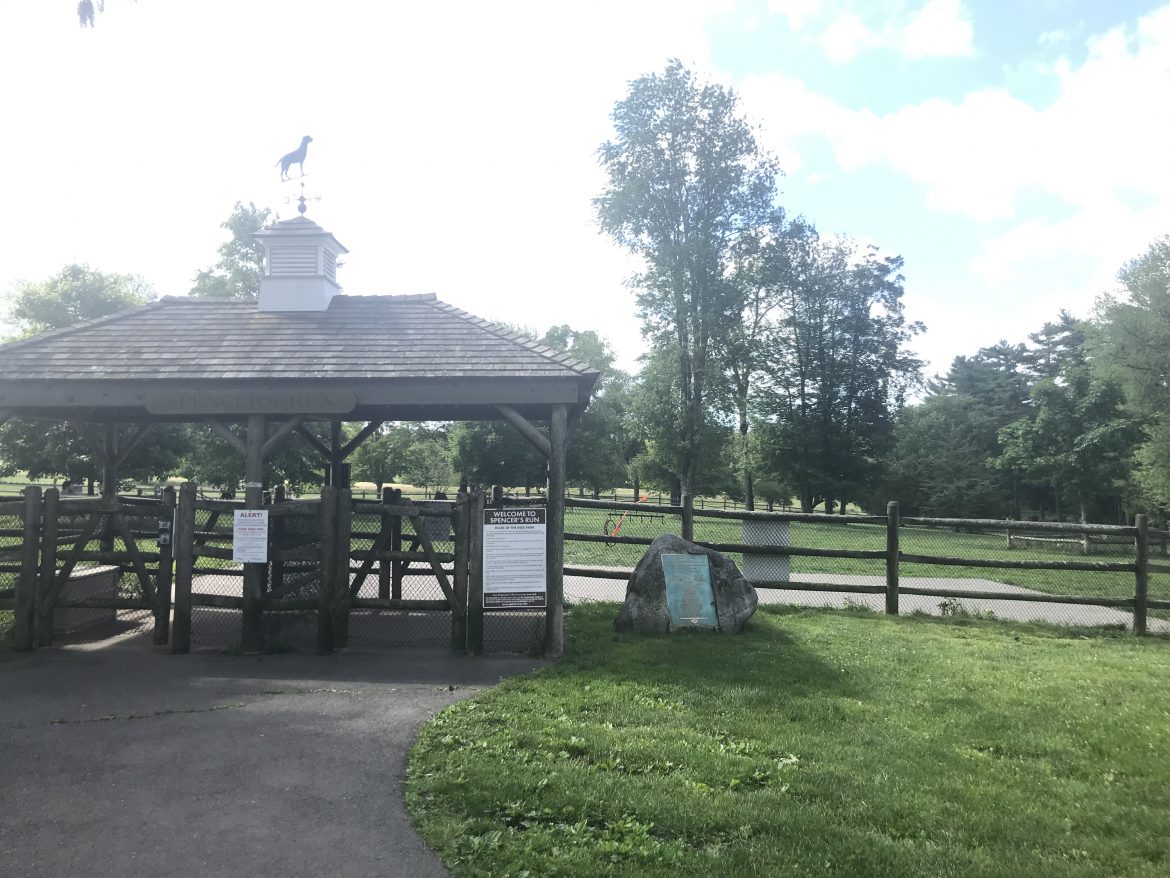 Following an increase in negative encounters among dogs, and their owners, at Spencer’s Run in Waveny, the head of the New Canaan Police Department’s Animal Control section is reminding users of the fenced-off area’s rules.

“Animal Control officers have been fielding an increase of complaints regarding both human and dog behavior,” Officer Allyson Halm wrote in an email sent to park members, obtained by NewCanaanite.com following a formal request. “Officers are also observing dog owners paying more attention to their phones than their dogs.”

Asked about issuing the reminder, Halm said it was needed after separate dog fights caused “several injuries” at the park.

“We’ve had a rash of incidents of uncooperative people, bullying dogs, as well as dog versus dog,” she said. “All in all Spencer’s Run functions fairly well, but I felt obligated to reach out and remind people of the ethics and the rules.”

The email underscored the importance of having owners exchange information after a scuffle or fight and one or more dogs sustains an injury. “Dogs are considered registered property and if a dog is injured it should be reported to Animal Control,” Halm said in the email.

The letter also reminded owners that a dog’s behavior can change as it ages, and encouraged owners of “assertive” dogs to change their routines periodically so their dogs don’t become unnecessarily violent towards “newcomers and submissive dogs.”

“Please know that not every dog is going to like every dog,” Halm said in the email. “Members are reminded that you have signed a waiver and enter the park at your own risk. This is your park, please follow the rules.”

Listed here, the rules include that all dogs of Spencer’s Run must be spayed or neutered and must display a current rabies tag. Each owner or handler is allowed just three dogs per visit and are not to bring in human food, dog treats or rawhide chews.

“Dogs displaying aggressive behavior toward people or other dogs must be leashed and immediately removed from the park by owners/handlers,” one of the rules reads.

Now and again, bad behavior at Spencer’s Run prompts a police response. In December 2016, a local woman used profanity with a fellow Spencer’s Run user, as well as police, disobeying officers’ instructions to leave the dog run for the day after her dog became overly rough with a smaller canine she’d been chasing.