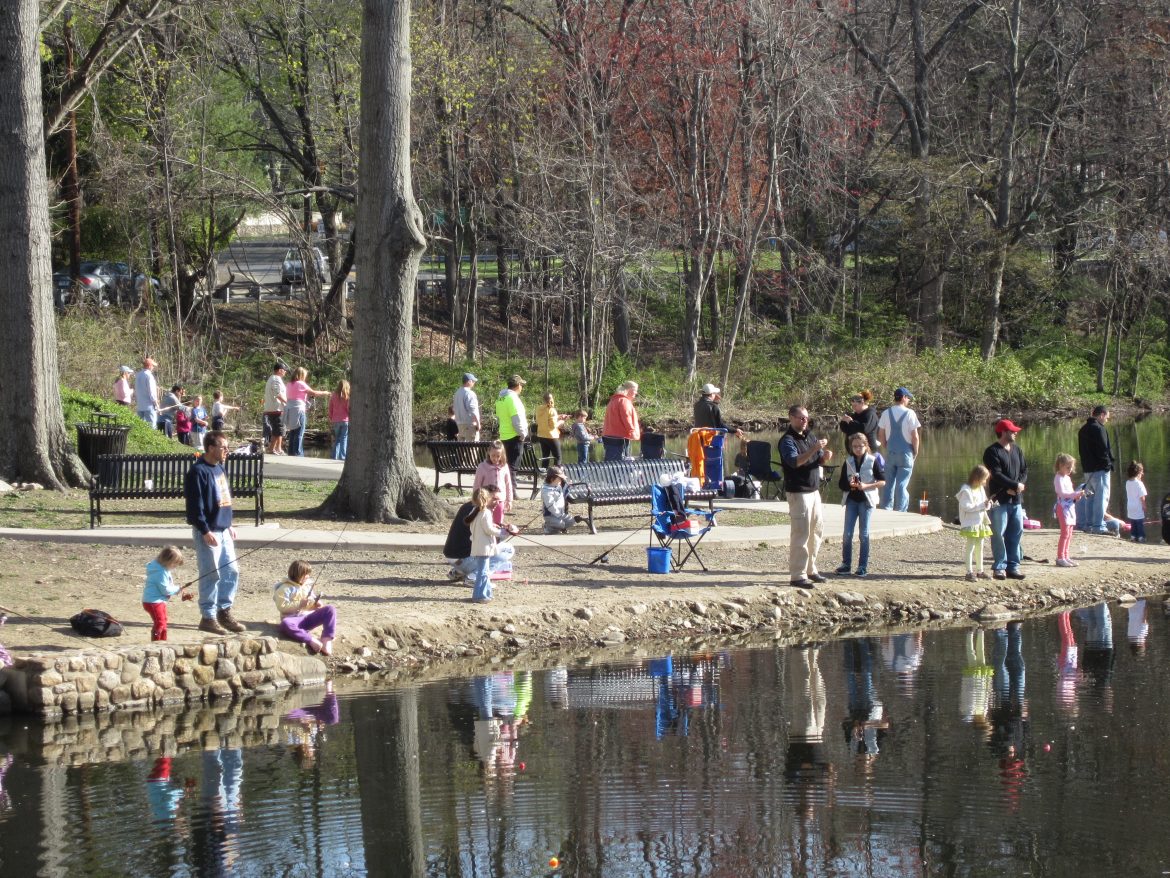 Due to expected poor weather, the Fishing Derby has been postponed to Saturday, April 27 at Mill Pond.

One of New Canaan’s most unique and beloved community events is set for Saturday morning.

Registration for the New Canaan Annual Fishing Derby will start at 8 a.m. at Mill Pond, with the derby running 8:30 to 11 a.m., organizers say.

Held in memory of George Cogswell, a former New Canaan Police officer, the free Fishing Derby has been held each year—primarily at Mill Pond—since the 1980s.

“It’s been going on for so many years, people just know about it and it’s something kids do with their dad,” said Jenny Esposito, president of the Kiwanis Club of New Canaan, an event sponsor. “It brings the townies together and it’s just really sweet, with the police, the firemen, the town, the Chamber.”

The pond will be stocked with 370 pounds of rainbow trout and prizes are awarded for participants 15 and younger in categories such as first boy and first girl to catch a fish, largest fish caught and smallest fish caught. Children 10-and-under must be accompanies by an adult.

Esposito called it “a great tradition” that would appeal to newcomers to town.

“I would think that being new to town it would be fun to start going with your kids and see the excitement,” she said. “It’s a charming event that’s been around for a long time.”

The “fish fund” is always looking for private donations to help with the costs of the event.  Anyone wishing to help can send a check to the “Fish Management Fund,” Town of New Canaan – Attn: DPW Fish Mgmt., 77 Main Street, New Canaan CT 06840.