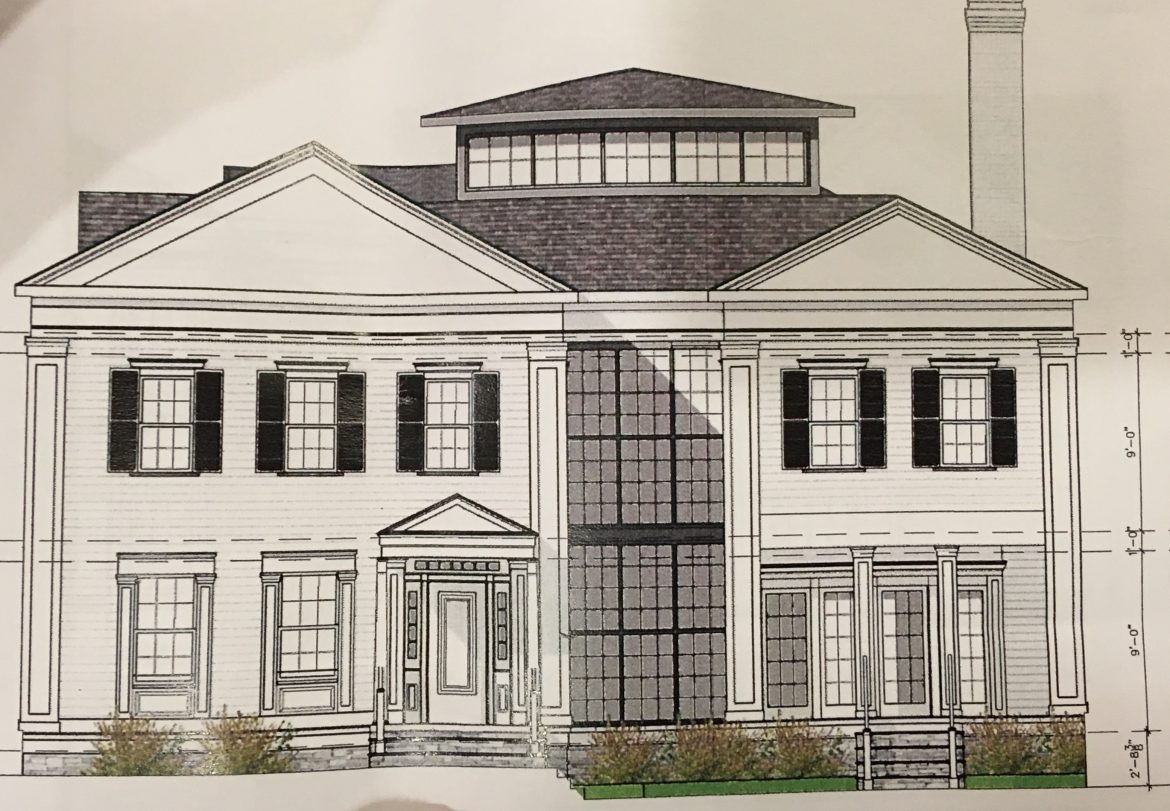 Saying a New Canaan builder has been collaborative and respectful of local history, officials on Tuesday voiced support for a plan to preserve much of an antique home on God’s Acre while rebuilding the rest of the house. 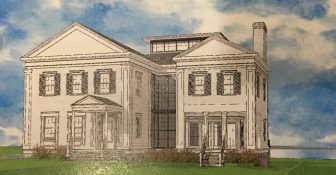 Though members of the Historic District Commission for technical reasons (cited during a testy exchange, see below) stopped short of voting on whether to immediately approve a “Certificate of Appropriateness” for Karp Associates’ plan for the Greek Revival at 4 Main St., they applauded the firm’s decision to keep more than two-thirds of the original home.

“It’s been noticed that you have gone above and beyond in your effort to keep the large majority of the antique house, all of the facade that is visible from the street—two facades, the 26-foot front and 30-foot side and the roof—and that you have also kept certain interior features which are out of our jurisdiction,” Commission Vice Chairman Marty Skrelunas said during the appointed body’s special meeting, held at Town Hall. 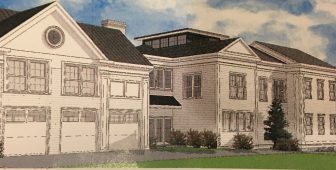 He addressed Arnold Karp, president of Karp Associates, and COO Paul Stone, both in attendance. Skrelunas and Commissioner Mark Markiewicz had formed a subcommittee that worked with Karp’s team and architect Christopher Hull of Fairfield-based CAH Architecture and Design LLC for more than one month on plans for the prominent property.

Karp said “there was a great meeting of the minds” between his team and the subcommittee and that part of what he discovered in taking what Skrelunas called “a surgical approach” to studying the original portion of the house was that it originally had been a single-story structure. The chimney originally went up just one story before its brick changed, Karp said, and his team “found the flashing at the peak of the one story.” Original old wood framing and beams also have been unearthed, he said. 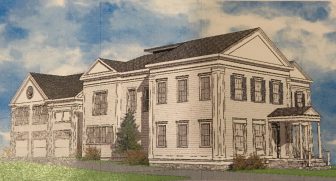 Karp added, “I think we worked well with the Commission and we are hopefully setting a precedent for other people, maybe us at Red Cross and whoever buys Vine Cottage, that they are important buildings and that we are going to work with the town and private developers to keep them as part of the fabric of New Canaan.”

The town on Nov. 27 issued a permit for Karp to demolish part of the house. Yet  because the home is located in New Canaan’s Historic District, Karp needs the Commission’s permission—through an approved “Certificate of Appropriateness,” as per local ordinance and state law—prior to demolishing or rebuilding its street-facing section.

The Commissioners in attendance—Chair Janet Lindstrom, Skrelunas and Tom Nissley—appeared ready to vote on the Certificate, however, a guest at the meeting raised an objection. According to Terry Spring, the Certificate of Appropriateness decision needed to be publicly noticed 15 days prior to the meeting, and residents of the town should have a chance to weigh in on any plans.

“The public should be involved,” Spring said.

The Commission ultimately decided to forgo voting on the Certificate of Appropriateness until its Dec. 20 meeting.

Nissley said, “I would like to observe that, Terry, I think that you are really doing everything you can to throw sand in the gears and I don’t appreciate it.”

Spring responded, “I have always been a stickler for rules and I think they are important.”

Nissley said, “You may be, but you are also a stickler for sticking it to people you don’t like and I am telling you that I really don’t appreciate it. I also want to say how much I do appreciate what how much what Karp Associates have done in order to save this building. The building was in terrible disrepair, it was ready to fall down on its own, and I am personally extremely grateful for the work that has been done to claim it and reclaim it and keep it in our Historic District.”

6 thoughts on “At Meeting That Turned Testy, Officials Voice Support for Plan To Restore and Rebuild God’s Acre Home ”