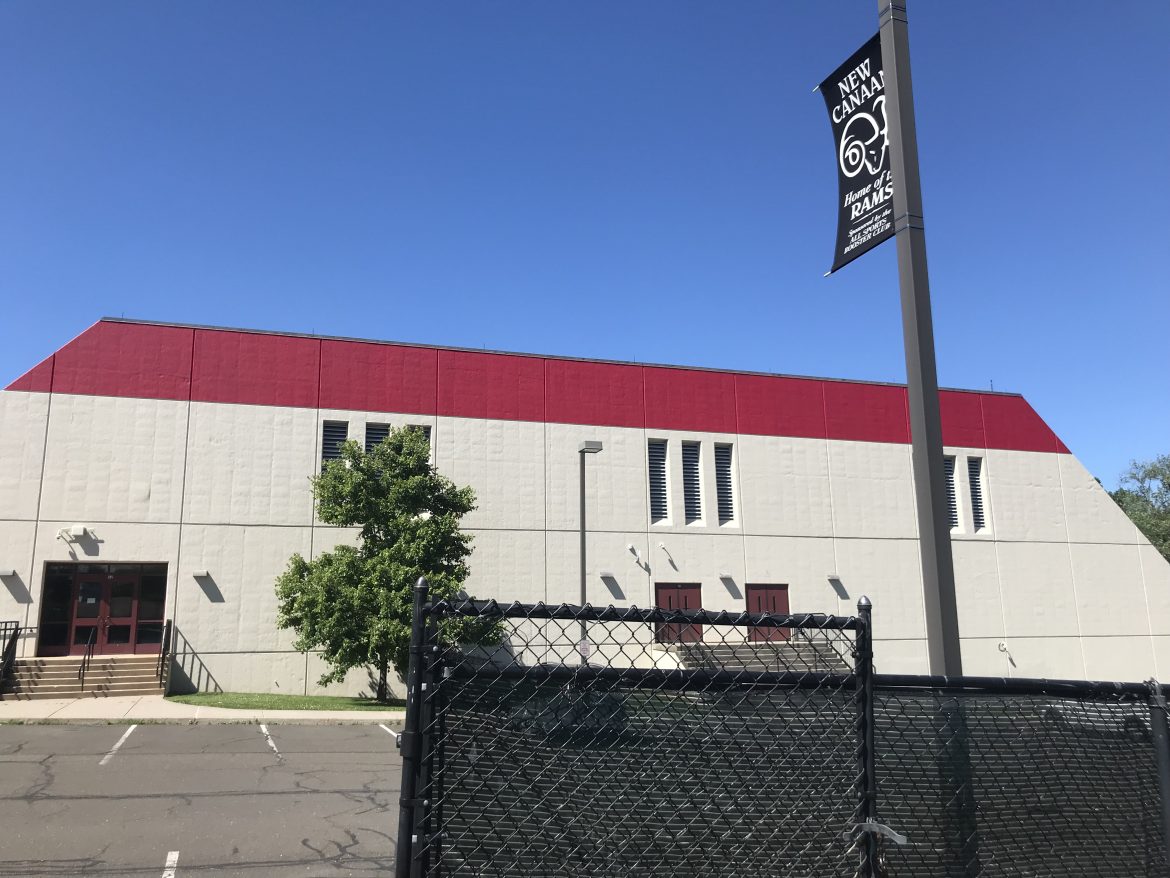 "Home of the Rams" is to be painted across the strip of red spanning the top of the building, Athletic Director Jay Egan said Monday. Credit: Olivia Flaherty-Lovy

According to NCHS Athletic Director Jay Egan, workers this weekend will begin the project of painting a New Canaan Rams-specific message across the top of the south end of the high school, facing Dunning Stadium.

The words ‘Home of the Rams’ will be painted in white on top of red paint that’s already in place, Egan told members of the Board of Education at their regular meeting, held Monday night in the Wagner Room at NCHS.

“We had an exceptional year athletically,” he said during a presentation that touched on many topics. “It was quite a year for us even by New Canaan standards.”

The idea to decorate a visible structure with a positive message about New Canaan had come up in 2016 when then-Utilities Commissioner Dan Welch suggested painting “New Canaan, Home of the Rams” on the Waveny water towers overlooking the sports fields. Though the idea did not materialize, now the effort has been revived in a different area of the sports facilities.

The project is expected to be done in time for NCHS graduation June 18, Egan said.

During the meeting, Egan thanked the Board and the administration for their “continued support” of the NCHS athletics program.

He also gave an overview of the year in athletics, discussing the increase in participation rates at NCHS, impressive athletic performances, live-streaming games, online ticket sales, outstanding coaches, the number of paid coaching positions at the high school, and the initiatives of the All Sports Booster Club for the past year and the coming year.