A Cherry Street hair salon is expanding into a commercial space next door, according to a building permit application filed last week with the town. 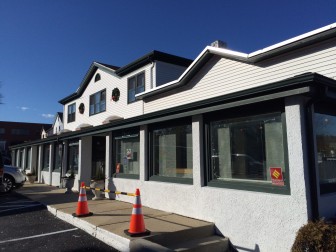 Divaz Salon, in the foreground, is “building #4” at 111 Cherry St., while The Nail Retreat next door is “building #3.” Under a building permit application filed Jan. 22, the two are to be combined as part of the hair salon’s expansion. Credit: Michael Dinan

Divaz Salon, which currently stands at 1,144 square feet, will break through a wall and take over the 761 square feet now occupied by The Nail Retreat, under an application filed Jan. 22.

A worker at The Nail Retreat told NewCanaanite.com that the business, here in town for some 29 years, will continue at Hairquarters West on East Avenue. The nail salon’s last day on Cherry Street would be Friday, Jan. 30, the worker said. The owner of The Nail Retreat could not be reached for comment. 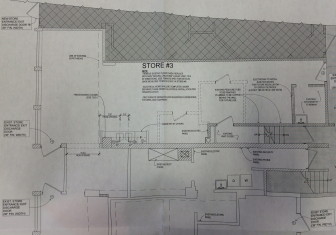 The owner of Divaz declined to comment, saying it was too early to discuss plans or new services to be offered.

The hair salon, which has a location in Larchmont, N.Y., will get a new store entrance, according to the application, while pedicure tubs will be removed and plumbing capped behind a wall for possible future use.

In all, the capital work will come to an estimated $12,000, the application said.

The owner of Hairquarters West could not immediately be reached for comment.

The property is owned by Cherry Center LLC.