New Canaan football head coach Lou Marinelli is coming off a historic year which saw not only his 300th career win as a head coach, but also his second consecutive state title. The championship was the 10th crown in Marinelli’s storied career at the helm of the Rams, so we thought there was no one better to weigh in on this weekend’s marquis event—Super Bowl XLIX, pitting the defending champion Seattle Seahawks against the New England Patriots.

Thanks to Coach Marinelli for taking the time to talk and allow us to pick his brain about the big game.

If you’re Seattle head coach Pete Carroll, what do you do to prepare for Tom Brady and the Pats? 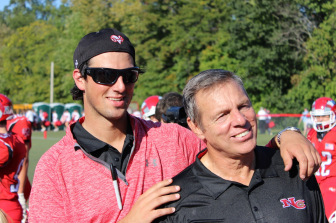 Go to church a lot. Light a few candles. He’s certainly one of the best QB’s ever, and they are so precise in their passing game. You always talk about it being a chess match. Well, it’s a chess match that’s going to be played by two masters. That’s the beauty of the game. Now, anything can happen and one of the problems with games like this is that you can get a couple of turnovers, kind of like last year’s Super Bowl. You had this perfect matchup—a great offense against a great defense, and then you get a couple of turnovers, a couple of things go bad and next thing you know it’s a disappointing result. To try to defend that offense, it’s really a daunting task. You’re going to have some holes someplace, and it’s just a matter of trying to hide them. We do that at the high school level, but to a much lower degree.

So now let’s move to the other sideline. You’re Bill Belichick—you’ve got Brady, Gronkowski, Edelman—but you’re facing a secondary that might be the best in the league and could match up pretty well. What do you do?

That’s the interesting thing, and as a coach you can appreciate what they try to do, especially early. The exciting part of the game isn’t necessarily watching the greatest players, but when you’re watching the greatest coaches with the greatest players. You have to break down all their tendencies in different situations and try to take away what they’ve done. I think Belichick—from what I understand listening to some of the guys that have been in the NFL—could turn around and do something totally different and expose you that way. He’s a master at coming up with new formations and different schemes. Usually what I’ll do is DVR the games and then go back and when it’s snowing out, I’ll watch it and analyze the way that they’re trying to attack. I’ve always been fascinated with how people attack and defend. I’m sure with all the technology they have, it’s just a matter of tweaks for this game. I’m sure they have a file on Pete Carroll and they’ll make sure they’ve seen everything he’s done throughout his career and they’ll cover it. When that much is on the line and you have the best athletes, there’s nothing that’s out of bounds.

One of the things that is coming up a little out of bounds is the whole “Deflate-gate”. I want to get your thoughts on that. Is it something that is an unspoken thing that we know happens throughout all levels of football? 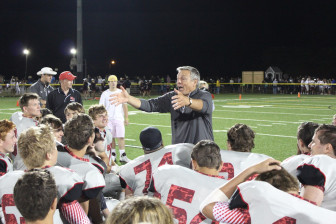 I think they’re making way too big a deal about it. I was a quarterback for a little while, but never long enough to know what the PSI was or anything like that. I can’t remember in high school anyone paying attention to it. Maybe someone liked this ball instead of that ball—I guess a lot more people will be paying attention to it now. But even if that were the case it had nothing to do with that game. The game was over. It wasn’t close—it didn’t impact the outcome of the game. Usually it’s the kickers that are crazy about having the balls certain ways, but quarterbacks are more concerned with other things out on the field than the PSI of a ball. I think it’s much ado about nothing.

Anyone you’re pulling for in this particular matchup?

Not really. I’m a football junkie—I don’t care whether it’s Pop Warner or the NFL. I just show up and watch the game. I love to see what people are trying to do against different kinds of defenses, different styles of offenses. To me the whole thing is just so fascinating. It’s what makes it a wonderful game. I wish I could tell you I was a fan one way or another, but I just love the game.

If you had to pick a winner, who are you going with in this game? 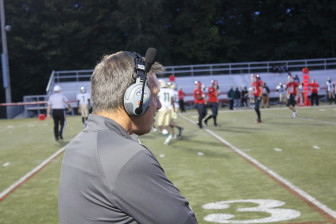 I don’t think you can ever go against Belichick and Brady. You might be able to go against one of them, but I don’t think you can go against both. Then again, the same thing could happen again this year that happened last year. But you never know—it could be one of the best games you’ve ever seen because you have the two top seeds. You have a top offense—if not the top offense—against the top defense. You couldn’t ask for more out of a game than this. I’m not good at this, but if I had to pick I’d go with New England. But I know better than anybody else that anything can happen. And it usually does.