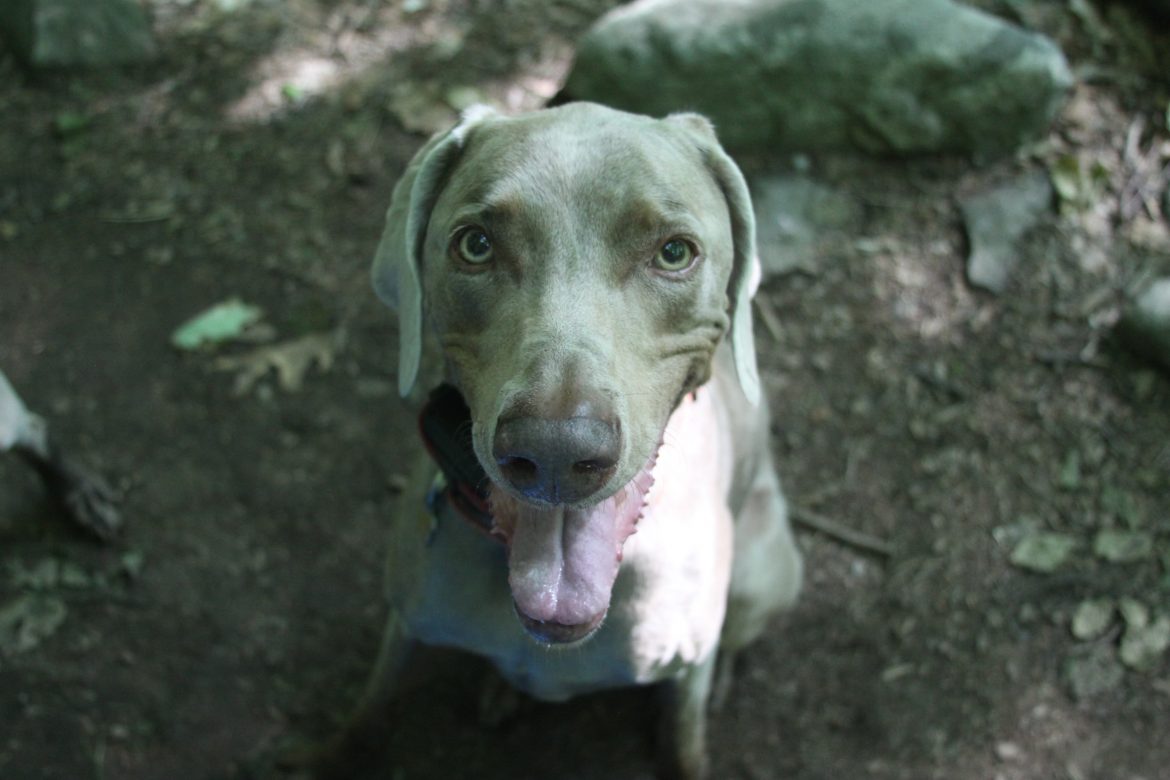 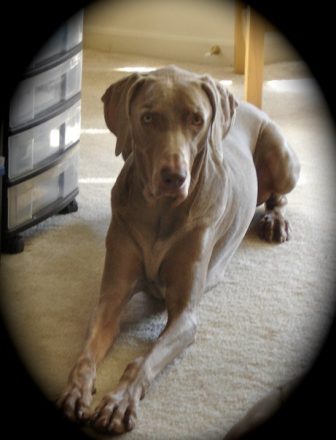 Born Aug. 29, 2002 in Lakeland, Fla., Cosmo was a gentle, fearless dog with a sixth sense about people who eagerly befriended humans and canines alike.

In addition to his adopted mom, he is survived by his brother, Beanie Banks Oei. A regular at Zumbach’s Gourmet Coffee on Pine Street, he also was predeceased by fellow members of a senior walking group of hunting dogs at Cranbury Park in Norwalk, including Vegas the Vizsla and Apache the Weimaraner.

Cosmo found his forever home with Oei after biting her brother-in-law in the ass.

That was his third living situation.

Originally, his breeders wanted Cosmo to be a hunting dog, but discovered he was gun shy. Cosmo found his second home with a young family that included three autistic kids under the age of 10. Though nurturing and loving with them, he was in some ways just another hyperactive youngster, and ended up in a kill shelter. 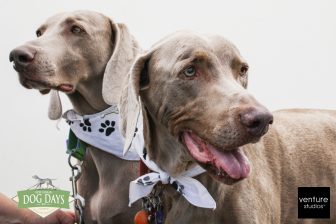 Rescued by Oei’s sister, he was fostered in her family for a period of about two months while Oei herself settled into a new job up north and new living situation in New Canaan. One day, Cosmo observed Oei’s brother-in-law Chris tickling his daughter while wrestling on the ground. The little girl was squealing to high heaven, but Cosmo thought she was in trouble, so he stalked behind Chris and nipped him from behind. The family laughs about it now, but at the time Oei received a call to come collect her “[expletive] dog immediately.”

She did, and so began a life-changing relationship that left an indelible mark on Oei’s wider family and community.

Cosmo helped to open Spencer’s Run at Waveny, and traveled with Oei extensively, including to Florida when her father and grandmother needed care. In 2007, Oei adopted a young, introverted Weimaraner named ‘Beanie Banks’ and Cosmo took him under his wing and helped him become the confident brother dog he is today. The pair grew inseparable.

When Oei returned to the northeast in 2009, they were her constant companions. Cosmo earned Canine Good Citizen and his Delta Therapy Dog certifications, and visited patients at both Waveny Care Center and Stamford Hospital.

He enjoyed traveling with his mom and brother from Philadelphia to Boston, and became well known to the staff at various hotels during these business trips. He especially enjoyed walking around Philadelphia’s Old Town and University City. (Cosmo’s adventures with his brother were documented on their Instagram account, Grayghost Brothers.)

No food was safe from Cosmo’s long reach. He was a master counter-surfer and had even learned how to open the toaster oven.

He was nurturing with children and babies, letting them pull his ears and tail.

Known by many as ‘Momo,’ he wanted to be everyone’s friend, even people who feared dogs or didn’t want friends. Cosmo seemed convinced that if he tried hard enough he could make you be his friend. He had no fear, especially when it came to New Canaan Police K-9 Apollo. More than once, Oei dragged him away from the side of Apollo’s police vehicle because Cosmo thought he could just walk up, stick his nose against the divider and say, “HI Apollo, let’s be friends.”

He spent his last day with friends at Cranbury Park, where he enjoyed the crisp smells of fall foliage and ate a bacon, egg and cheese sandwich.