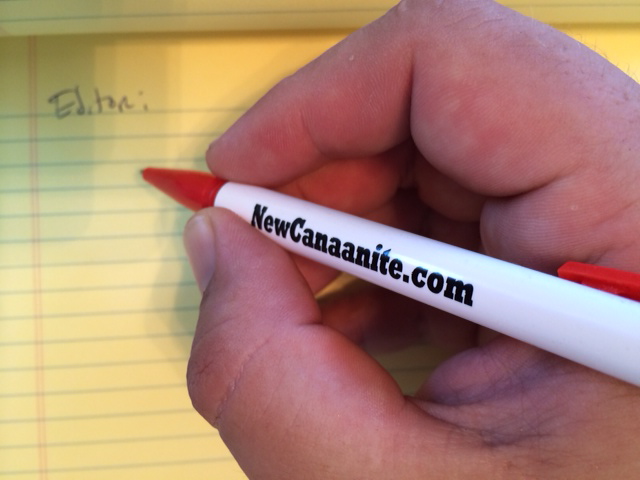 I would like to comment on your recent story regarding the Mead Park Barn. I would like to talk about a “P” word and that word is not ‘Preservation,’ it’s ‘Process.’ Although the concept is less glamorous, it warrants its own respect.

I so appreciate all of the New Canaan Preservation Alliance’s hard work and their passion. However, we must deal with the facts before us.

Last week, the Board of Selectmen was incorrect to table the demolition contract. They should have approved or disapproved of it to settle this matter. It was improper of them to try to kick the matter back to the Town Council. Their suggestion that the Town Council rescind a previously approved appropriation is not legally permissible. The town’s law firm, Berchem Moses, has clearly advised us in a well researched memo that the Town Council does not have any authority to rescind previously approved appropriations.

It is no surprise that the NCPA has sought its own legal opinion that suggests differently. However, the Town Council has no option other than to follow its own legal counsel’s advice. To do otherwise would be a blatant breach of our duties as elected officials and representatives of the Town.

I would encourage the NCPA once again to appeal the Brick Barn matter to the Board of Selectmen. The demolition contract still sits with them even if on their sidelines.

Again, I want to thank the NCPA for their continued service to our community.