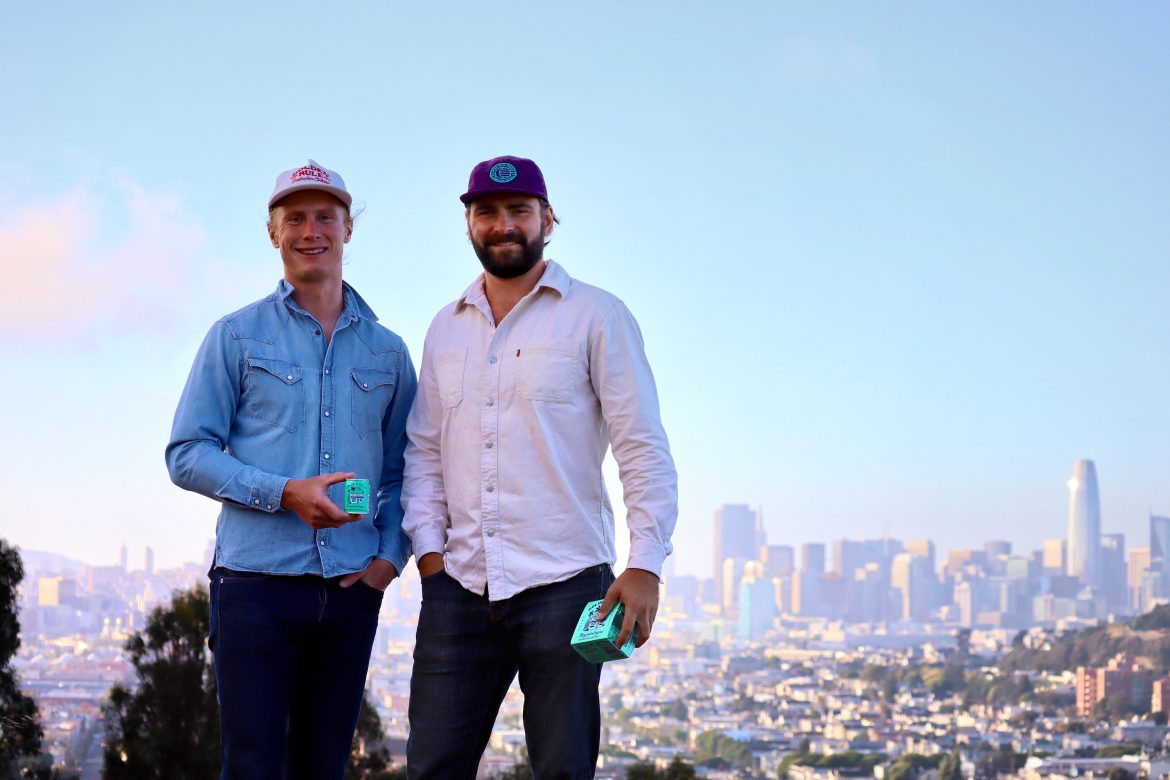 While visiting his father last year, James Mauk was struck with inspiration for a business of his own.

Son of the man who founded popular New Canaan restaurant Tequila Mockingbird, Mauk noticed a sign behind the kitchen sink at his dad’s Pound Ridge, N.Y. home that said ‘The Golden Rule’—a reference to the age-old maxim that you should do unto others as you would have others do unto you.

Mauk, who graduated from New Canaan High School in 2006—playing lacrosse for the Rams all four years—and then Colorado College, had been feeling disillusioned with the food and beverage industry after working in it for several years in Colorado and California. On seeing the sign, Mauk recalled, he began to wonder what it would mean “if all industries approached business in this way—you did something that you really believed in and thought was the right way to do something.”

From that idea, Mauk’s new venture, Golden Rule Spirits, was born. That was 18 months ago.

Since then, Mauk and his business partner—cousin and New Canaan native Hunter Sprole—developed their first product, a canned margarita cocktail based on a recipe developed by his father, Paul Mauk, for Tequila Mockingbird.

“I didn’t understand why there weren’t options for true cocktails in a can,” Mauk said. “There were pre-made cocktails in the large 750 ml standard-sized bottles, and there were really disgusting things…really sweet, their packaging, I thought, was poor, so I started doing a lot of research.”

In bringing their first product to market, Mauk and Sprole faced a number of regulatory hurdles involving can sizes and labelling, but they are now, at long last, ready to launch at the end of August. Initially, the product will only be sold in California, but Mauk said he hopes to bring it to the East Coast soon.

Asked whether he and Golden Rule Spirits were influenced by him growing up with a father in the restaurant business, Mauk said, “Totally.”

He added, “I definitely learned a ton from him and was exposed to all these different aspects of the industry from him.”

“I have a great appreciation for really quality things that [my father] instilled in me,” Mauk said. “He’s into the idea and he’s been encouraging me all along,” he added.

Now that Golden Rule Spirits is set to launch its first product, Mauk said he’s feeling “a mix of emotions.” It’s “exciting to get that product out there,” he said. He added that he was also feeling “a little bit of relief” to finally reach a point where the margarita is ready to launch.

“You wonder if you’re creating something that anyone’s really going to like,” Mauk said. When he recently tried the margarita again, though, he said he was reassured that he’d developed “a very good product.”

“It goes back to our whole idea that if you create something that you truly believe in, use the best ingredients you can, hopefully other people take notice,” Mauk said. “This really is a unique beverage.”