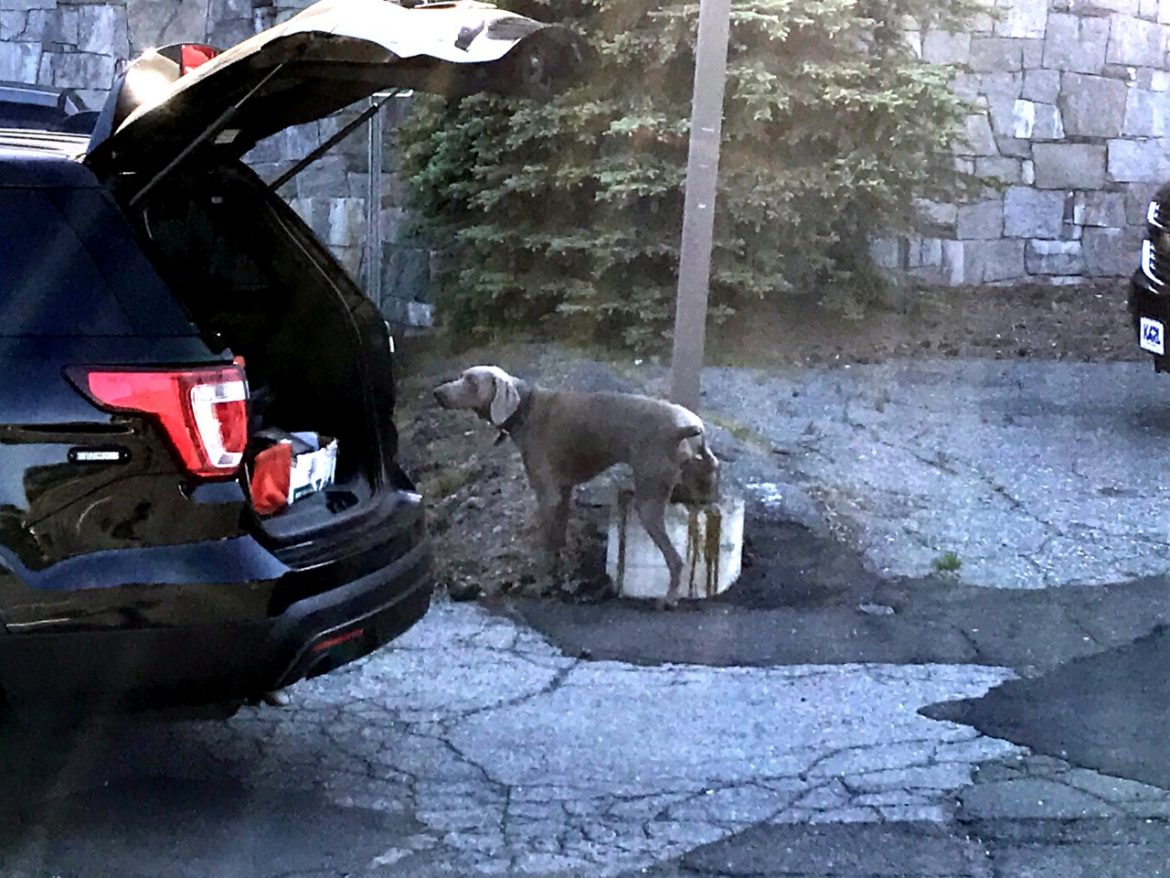 The Weimaraner moments after police released the dehydrated dog, found to be in distress in a hot car with the windows rolled up on May 21, 2020. Credit: Duffy Franco

Police on Thursday evening charged a 55-year-old Danbury man with cruelty to animals after he left a dog in a hot car at the train station.

At about 4:40 p.m., officers were dispatched to the Lumberyard lot on a report of a dog inside a parked vehicle, police said.

Responding officers saw an unoccupied car, not running, with its windows all up and the interior windows fogged over, with a dog inside, its tongue sticking out and breathing heavily, according to a police report.

The officers opened the door to get the dog out, and the animal “was displaying signs of distress,” the report said.

Police transported the animal to Norwalk Emergency Veterinary Care Center for evaluation and treatment of dehydration.

An onlooker told NewCanaanite.com that the dog was a Weimaraner and that after exiting the vehicle the animal immediately relieved himself, at length.

Police found the owner and brought the misdemeanor charge. He was released after promising to appear July 28 in state Superior Court.

One thought on “Cruelty to Animals Charge for Man, 55, After Dog Rescued from Hot Car”