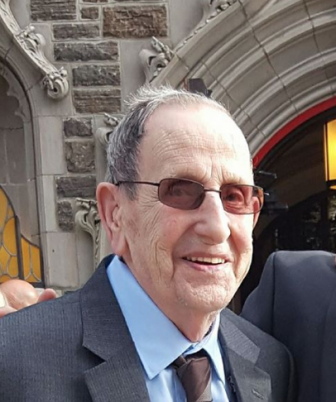 In 2006, he was predeceased by his wife of 55 years, Viola Gladys Wiley, daughter of James T. Wiley and Louisa Pack. They were married November 11, 1951 in the Killington neighborhood of Lexington, Kentucky.

Daniel Joseph Melillo, Jr. served in the United States Navy onboard the Destroyer (DE 644) USS Vammen for the duration of WWII. Daniel was a hard-working man. Reserved and quiet, he spoke only when something was needed to be said, and his capacity to do for others, was unmatched. Though his family deeply grieves his loss, they are comforted in the knowledge that he has received his just reward, and is at peace in that spiritual building, that house not made with hands, eternal in the heavens.