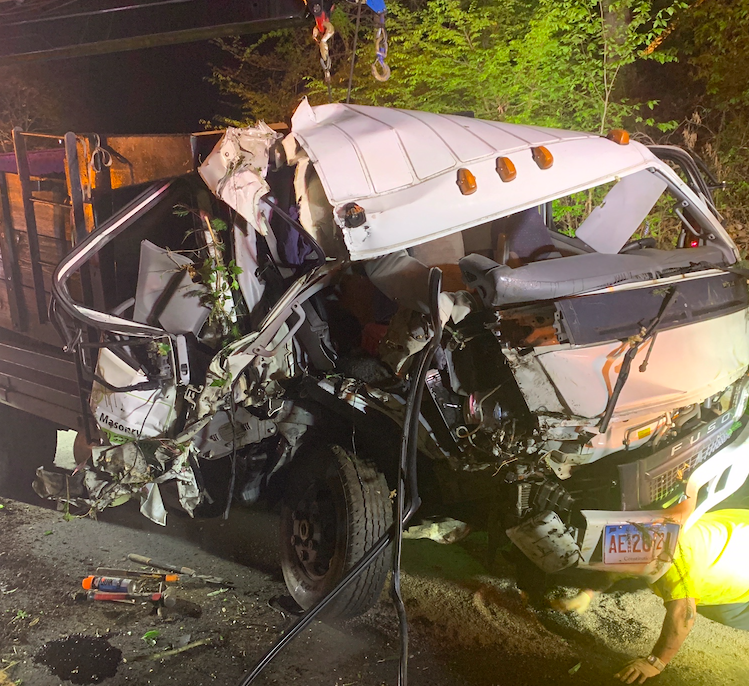 This landscaping truck was wrecked in a single-car crash on Wahackme Road on May 15, 2020. Photo published with permission from its owner

Police charged a landscaping truck driver with driving under the influence after a serious crash Friday night on Wahackme Road.

A passenger in the truck was transported to Norwalk Hospital with non-life-threatening injuries after the crash, according to New Canaan Police Lt. Jason Ferraro, the department’s public information officer.

Police, fire and EMTs responded to the scene after a report of the crash came in at about 7:50 p.m.

A preliminary investigation shows that the truck struck a guardrail near the intersection of Dogwood Lane, then struck a utility pole and came to rest in a yard at 242 Wahackme Road, Ferraro told NewCanaanite.com.

The driver additionally was charged with reckless driving.

The motorist’s information will be made available upon completion of an incident report, Ferraro said.

NewCanaanite.com will have more information as soon as it becomes viable.

2 thoughts on “PHOTO: One Hospitalized After Crash on Wahackme Road Friday Night ”