Town officials this month voted unanimously to approve a June 4 ceremony to honor and memorialize one of New Canaan’s most recognizable, well-liked and dedicated residents. 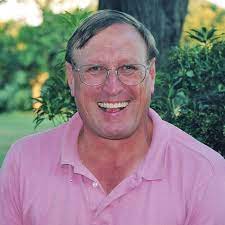 The Parks & Recreation Commission at its May 11 meeting voted 7-0 to approve a plan to dedicate the “Steve Benko Pool” in Waveny on the morning of Saturday, June 4.

“I think it’s wonderful,” Chair George Benington said during the meeting, held at Town Hall and via videoconference. “Steve Karl and Robin [Bates Mason] have worked really hard to put this together.”

News of Benko’s passing touched whole generations of New Canaanites who knew him as head of the town Recreation Department through five decades. Friends and colleagues reflected on Benko’s immeasurable contributions to the community and his profound kindness, expertise and generosity. The New Canaan High School class of 1968 graduate was not just a 50-year town employee and recreation director since 1979, but also former chief of Fire Company No. 1, youth sports referee and coach. Hundreds attended his funeral at First Presbyterian Church of New Canaan, where Benko’s children called him “the best dad any kid could ever ask for.” 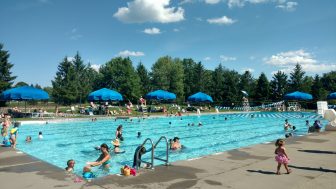 Benko’s family, invited guests and town officials will be on hand for the dedication, to be held at 10:30 a.m. on June 4.

“The dedication will be open to the public and they are encouraged to bring their own blankets or chair and sit on the law surrounding the pool area,” Bates Mason told Parks & Rec.

Though there’s a lacrosse tournament to be held on the fields at New Canaan High School the same day, there will be no parking problems at Waveny, she said. Those attending the ceremony should park in the pool lot or the paddle/dog run lot. Coffee and donuts will be served following a brief ceremony, Bates Mason said.

The New Canaan Beautification League is working with Parks & Rec Director John Howe to plant the area where the new “Steve Benko Pool” sign will be unveiled on the day of the ceremony.

Karl and others close to Benko have said one of their friend’s proudest accomplishments with the town was seeing the creation of the pool at Waveny.

One thought on “Dedication of ‘Steve Benko Pool’ Set for Saturday, June 4”