Editor’s Note: NewCanaanite.com talks to 50 people every day, and not every single piece of news we come across merits a full-blown news story. In many cases, what we discover may eventually turn into a solid article. In “Did You Hear … ?” we’ll post some of the smaller, lighter items from around town as often as we collect them. Got something for us? Email mike@newcanaanite.com

The new 5,000- and 6,000-square-foot homes going in opposite Irwin Park are not finished and so it isn’t clear what kind of landscaping may screen the structures from the road itself. 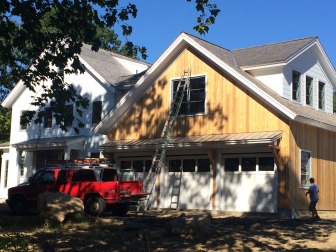 As of now, the 3-bay garages that went up with the frames of at least two of the homes on the subdivided lot—on parcels that front Weed Street—appear to be conspicuous enough to have earned a nickname from some residents of the neighborhood: ‘Weed Street Auto Body.’

It isn’t clear yet how much the 3-karat diamond ring reported stolen from a New Canaan home earlier this month is worth, part of a $34,000-plus larceny. The missing item was taken down on the original report as a ‘3-carrot’ ring.

The town planner at the Sept. 23 meeting of the Planning & Zoning Commission advised the group to extend for one year New Canaan’s moratorium on the establishment of medical marijuana dispensaries here. 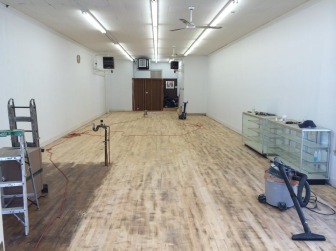 Connecticut has approved the creation of a handful of clinics that sell marijuana to people with certain medical conditions, including one in Bethel. Town Planner Steve Kleppin said some towns are doing nothing specific about the prospect of a medical marijuana dispensary coming to their own towns, though he cautioned that some state officials say municipalities that allow for pharmacies may be compelled to accept them. P&Z ultimately voted in favor the one-year extension (which would’ve run out before the commission’s next meeting). Among those in the audience at the meeting was Terry Spring, who is an owner of several commercial spaces along Main Street, including the recently vacated Varnum’s Pharmacy. Everyone is wondering what will go in there (Spring has ruled out a food establishment, saying she’d like some retail—women’s accessories, perhaps.) During a pause in the medical marijuana dispensary discussion, Spring joked: “I’ve got a great spot.”