Tickets for the annual Turkey Bowl are to go on sale from 3 to 5 p.m. Friday in the auxiliary gym at New Canaan High School. They cost $10 apiece (cash) and are for New Canaan residents only, school official say. There’s a two-ticket limit and purchasers must bring photo ID. The rival football game against (ew) Darien High School is to be played at 10 a.m. on Thanksgiving morning, and no tickets will be available at the gate. NCHS recently was ranked the #2 high school in the state by niche.com, Darien #3. 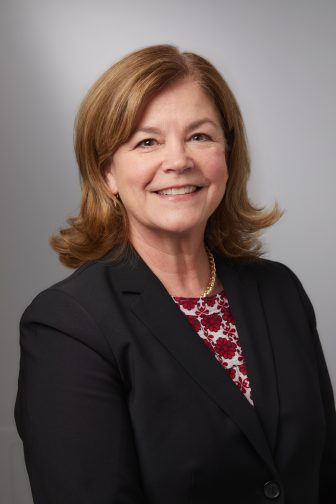 New Canaan resident Christine Chivily has joined the board of Visiting Nurse & Hospice of Fairfield County, Inc. A Mount Holyoke College graduate who lives in town with her husband daughter, Chivily is executive vice president and chief risk and chief credit officer at Bankwell. She also recently joined the Board of Directors at Stamford-based Inspirica, Inc.

The town on Tuesday received notice that a neighbor of Grace Farms is appealing to the courts to reverse a decision that the Zoning Board of Appeals made earlier this month. According to a lawsuit filed by attorney Amy Souchuns of Milford-based Hurwitz, Sagarin, Slossberg & Knuff LLC, the ZBA erred in denying an appeal during its Nov. 4 meeting and upholding the issuance of permits for the Lukes Wood Road organization “based on incomplete, inaccurate or misleading information.” The appeal centered, in part, in the use of a former residential dwelling just inside the gate to the Grace campus.

Put these events in your calendar:

New Canaan Police at 9 p.m. Tuesday arrested a 44-year-old Stamford woman and charged her with second-degree failure to appear. Authorities served a paperless re-arrest warrant that had been issued after the woman failed to pay or plead to charges of driving while under suspension and operating an unregistered motor vehicle that local police brought in July, according to Connecticut Judicial Branch records.

A New Canaan woman who had been named in a U.S. District Court complaint involving billionaire convicted and recently deceased sex offender Jeffrey Epstein is listed as one party in quitclaim deeds filed Nov. 20 in the Town Clerk’s office. According to the deeds, filed by Stamford-based attorney David Dufort of Stamford-based Diserio Martin O’Connor & Castiglioni LLP, properties on Oenoke Ridge and Oak Street have been transferred to the woman and, separately, to her husband, as trustee. 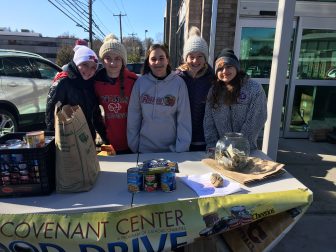 Finally, members of New Canaan travel softball teams including the Connecticut Rams last weekend participated in a food drive at Walter Stewart’s Market to help support and raise donations for the New Covenant Center in Stamford. More than $1,300 in cash donations and hundreds of food items were collected and donated to the New Covenant Center to help with their mission to serve 600,000-plus nutritious meals a year.