More than $35,000 has been raised toward a $50,000 goal to support the 5-year-old daughter of Michelle Pavia, who died Jan. 25 in a Maine snowmobiling accident. Pavia is the niece of former New Canaan High School Principal Tony Pavia and also the niece of town resident Mary Ellen Guarnieri. The GoFundMe page “Making It Happen for Mia” is here. Nearly 300 individuals donations have come in so far.

The New Canaan Building Department on Feb. 6 issued a demolition permit for the fire-damaged home at 322 Dan’s Highway. The cost of demolition is $30,000, the permit said. 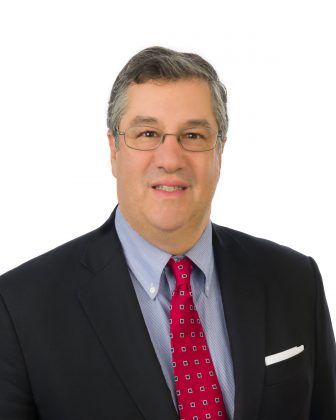 Rob Mallozzi, senior vice president and director of business development & government affairs at Bankwell, has joined the Board of Directors of STAR Inc., a nonprofit organization serving individuals with developmental disabilities and their families.

The former first selectman of New Canaan, Mallozzi has served as chair of the New Canaan Board of Finance, Fairfield County CEO Representative to the Connecticut Department of Homeland Security and Emergency Management, vice chairman of the South Western Regional Metropolitan Planning Organization, and charter member of the representative of the Western Connecticut Council of Governments. The husband and father of two earned a bachelor’s degree from the University of Vermont. 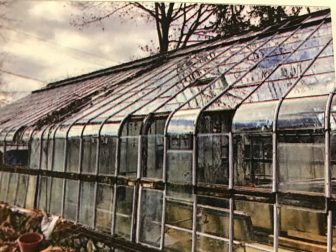 This greenhouse at the Nature Center is to be demolished.

The greenhouse that the New Canaan Nature Center applied Jan. 29 to demolish is not the large one by the Visitors Center and rear parking lot of the Oenoke Ridge facility, but a derelict 1900-built structure.

New Canaan-founded nonprofit Filling in the Blanks recently received a $15,000 grant from the Fairfield County Community Foundation to support its Weekend Meal Program.

There’s no school on Friday, Feb. 14 as it’s a professional learning day for district faculty. Next week is February break for New Canaan Public Schools.

Drinking water for the main building at St. Lukes School tested at 3.9 mg/L of nitrate, according to testing conducted Jan. 30 by Newtown-based Aqua Environmental Lab. The applicable drinking water standard for nitrate is within 10 mg/L, according to Connecticut Department of Public Health records. 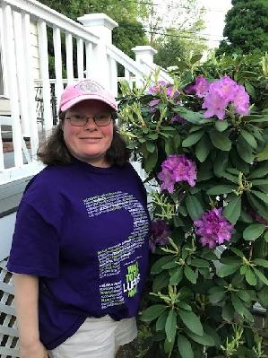 New Canaan’s Colleen Hann is 89% toward her $11,000 goal in raising money for the Walk To End Lupus Now, to be held May 2. Here’s her official page on the Lupus Foundation of America website.

The Adirondack Store, which is to open in the former Family Britches space at 39 Elm St., on Jan. 30 applied to the town for a building permit to do $63,000 of work at the building, including some interior demolition and installation of a coffee bar. 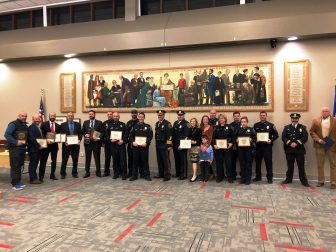 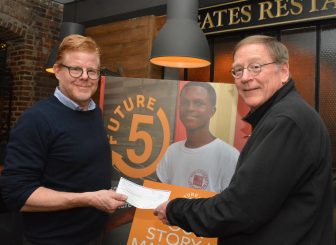 Following weeks of competition, four finalist bands battled it out at Gates on Feb. 1 for a “Battle of the Bands” finale included The Extras, Ask Your Mom, Suck’r Punch and the winning band, All Night Thing.  Gates donated nearly $3,000 in tips and proceeds from the event to Future 5, a not-for-profit that helps motivated, low-income Stamford High School students reach their full potential by connecting them to coaches, college, the community, career opportunities, and most importantly, their own character.

Bookmark these events in your calendar: 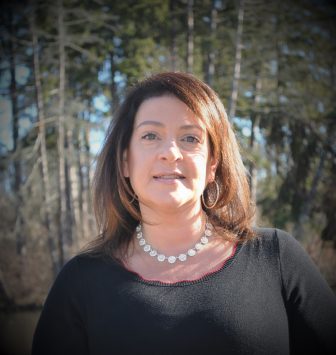 Finally, here’s an update from Lisa Platt on two Saxe Middle School squash teams that competed at the US Middle School Team Championships at Yale recently: 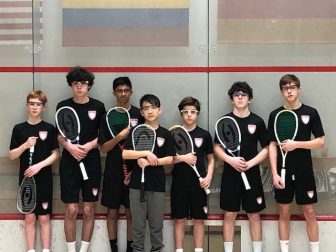 Saxe Squash A Team plays in US Middle School Championships at Yale. Contributed

“The tournament saw a record number of 96 teams participate across all boys and girls divisions. After a great season, the Saxe A team, consisting of Eddie Li, Sahil Teredesai, Alex Benevento, Jack Sheffield, Owen Lydon, Augusto Baldini and Andrew Reed, was seeded 16th in Division 1, which is the first time a Saxe team has made a Division 1 appearance. The team faced the defending champion and #1 seed Haverford. Although Saxe put up a strong fight, they fell 5-0 to the eventual tournament winner. In the first round of the consolation, Saxe beat #11 seed Shipley 4-1, which marks the first time a Saxe squash team has won a Division 1 match, which is quite an accomplishment. Saxe fell 4-1 to #9 seed Rye Country Day in the consolation semifinals, with Sheffield’s exciting 3-2 win the round’s bright spot. In their last match, the team beat #12 seed The University School of Ohio 3-2, with wins from Benevento, Sheffield and Lydon. Ohio was actually the team that beat Saxe A last year in the first round of the tournament so it was great to play them again and come out on top this time. Based on the team’s incredible performance this weekend, Saxe A ended their season 11th overall in the tournament and finished as the 2nd best public middle school team in the nation. 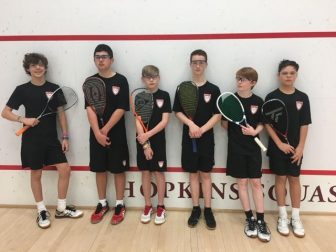 Saxe Squash B Team plays in US Middle School Championships at Yale. Contributed

“The Saxe B team of Lucas Alvarez, Ike Morales, William Hanover, Ashton Baker, Luke Zinczenko and Jake Donohue, was seeded 12th in Division 3. They lost their first match 5-0 to a strong Hackley squad, who was seeded #6 and was the eventual winner of Division 3. The team turned it around in the first round of the consolation by blanking #14 seed SquashSmarts Boys of PA 5-0, which included an exciting 3-2 victory for Baker. Saxe B continued their run with a 3-2 win over New Haven B in the consolation semifinals with victories from Morales, Hanover and Zinczenko. The consolation finals pitted Saxe against local rival St. Luke’s. The individual matches were incredibly close and although Alvarez came up with a great 3-2 win and Hanover and Baker both stretched to 5 games, Saxe fell 4-1 in the end. In the end, Saxe B placed 10th in Division 3, two spots better than their #12 seeding.”