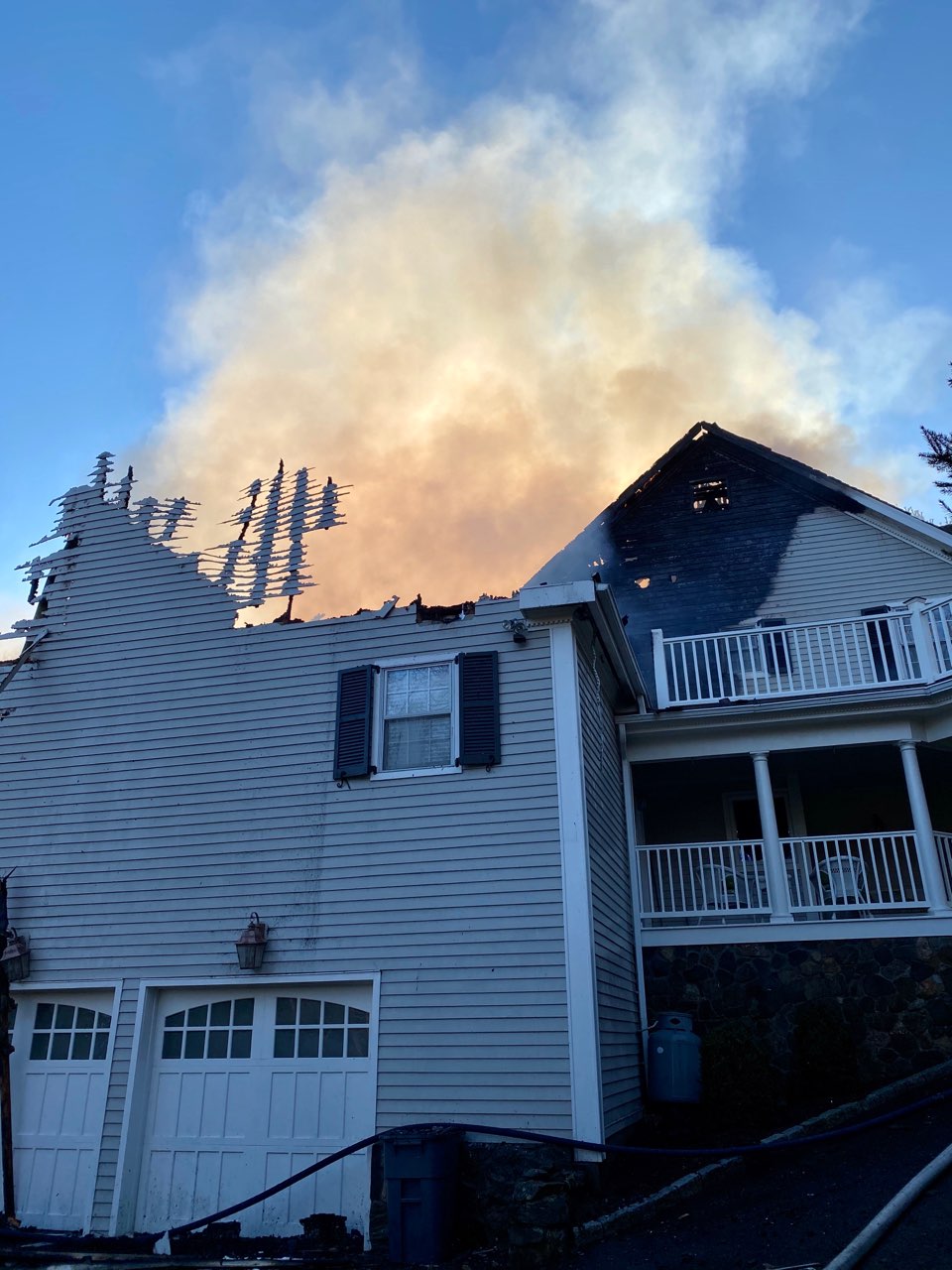 New Canaan firefighters on Saturday afternoon battled a blaze that engulfed much of a Dan’s Highway home.

No one was injured in the three-alarm fire at 322 Dan’s Highway, and the cause is under investigation, officials said.

Firefighters were alerted around 2:25 p.m., according to dispatch records.

The fire was declared under control at about 4 p.m., Baker said.

The dwelling’s occupants were home at the time the fire started, he said.

The origin of the fire in the 5,600-square-foot Colonial isn’t yet known, and seven tankers were needed to fight it, officials said.

Some of those on scene described the damage to the home as irretrievably extensive.

“The home is uninhabitable as a result of the fire,” Baker said in the release.

There are no hydrants in that area of town. Mutual aid was had from firefighters in nearby towns including Norwalk, Wilton and Noroton Heights, as well as Pound Ridge and South Salem, N.Y., according to Baker.

Some 4,700 feet of supply hose also was needed to fight the blaze, officials said.

The State Fire Marshal’s Office is to assist in determining the fire’s cause, Baker said.

[This article has been updated with additional information from the fire marshal.]

2 thoughts on “Fire Engulfs Dan’s Highway Home on Saturday Afternoon; No Injuries, Cause Under Investigation [UPDATED]”