May Fair is cancelled due to the COVID-19 emergency, St. Mark’s officials said Wednesday.

New Canaan native Adam Leibowitz, a documentary filmmaker, is earning high marks for “Cheer,” a Netflix docuseries on which he worked as supervising producer.

The local family that has acquired and is preserving the Ponus Ridge Chapel applied on March 12 for a building permit to convert it into a 2,108-square-foot two-bedroom, 2.5-bath living quarters that includes a kitchen. The work will cost about $185,000, the application said. New Canaan-based Renaissance Partners is the contractor on the job, and Ainsley Hayes is designing the project, the application said. Here’s a podcast on the restoration.

Wilton resident Kim Healy announced Thursday that she is seeking the nomination as the Republican candidate for the 26th district state Senate seat. 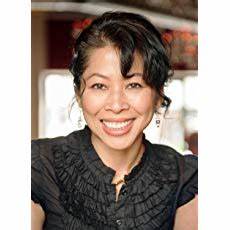 STAR Inc. has postponed its eighth Annual Speakers Luncheon due to COVID-19. The new date is Thursday, Sept. 24 at the Woodway Country Club in Darien. The event will feature, Loung Ung, author, activist, survivor and co-screenplay writer of a 2017 Netflix movie directed by Angelina Jolie based on her memoir, “First They Killed My Father.” 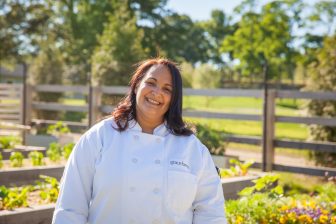 Neena Perez, manager of the Commons, is leading a team to cook meals for those served by Fairfield County organizations Vanessa Van Ryzin photo

Finally, Grace Farms though closed to the public during the COVID-19 emergency outbreak, Grace Farms Foundation is providing food for hundreds of local families in need through organizations including Staying Put in New Canaan, Person 2 Person, Open Door Shelter, Inspirica and Bridgeport Rescue Mission. The Lukes Wood Road organization’s culinary team is preparing about 500 meals that will be distributed by the partner agencies. Food for the meals comes from Grace Farms’ garden and Commons.