First Selectman Kevin Moynihan told the Board of Finance during an update Wednesday night that the utility company did a “miserable job” in handling the aftermath of the tropical storm that struck last Tuesday. Calling Eversource’s performance “miserable,” Moynihan said that municipal officials may testify during hearings in Hartford before the Public Utility Regulatory Authority about what happened. Just 13 New Canaan customers remained without power at the time of the finance board meeting, according to Eversource’s outage map.

New Canaan Police on Monday morning received two reports of stolen motor vehicles—on Carter Street and Meadow Lane. In both cases, the keys had been left in the vehicles, police said. The vehicles were recovered in Hartford and Windsor, respectively. 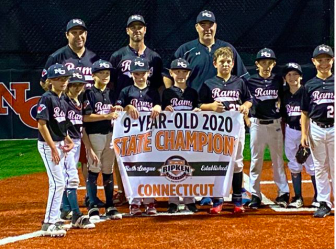 The owners of a commercial building on Main Street last week applied to the town for an interior fit-out. Work at the Caldwell Banker real estate office at 170 Main St. will include a break area, two private offices, conference room and broker’s area, according to a building permit application filed Aug. 6. The architect and contractor on the job is New Canaan-based Lecher Development LLC. 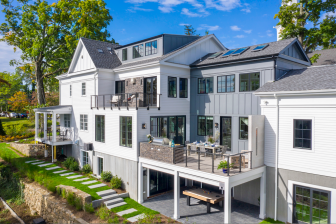 New Canaan-based Karp Associates, developer of the rebuilt Greek revival at 4 Main St., featured by “This Old House,” has been selected as a finalist in three categories in the 2020 A-List Awards Program: Renovation, Kitchen- Transitional/Modern and Bedroom- Transitional/Modern. 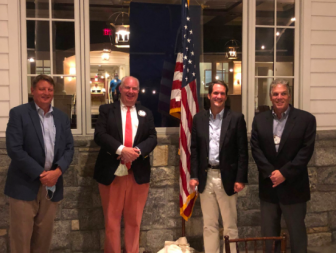