A limited liability company last month purchased an 8.56-acre Briscoe Road property for $6,162,300, records show. William Laverack Jr., who had purchased 141 Briscoe Road in 2000 for $6.3 million, sold it to 141 Briscoe LLC, according to a deed recorded Aug . 19 in the Town Clerk’s office. The grantee’s address on the deed traces back to a Minneapolis, Minn.-based law firm. Located in the four-acre zone, the property includes a 1944-built, six-bedroom, 11,000-square-foot house.

The 2020 Mazda CX-5 stolen Aug. 31 from a New Norwalk Road driveway was recovered in Hartford, police announced last Friday. It was one of 11 vehicles stolen as part of a joint operation that included at least six people, all arrested.

A reminder that Staying Put in New Canaan‘s “Celebration of Generations” with the Stoddard family, a virtual luncheon that will include a gourmet lunch basket from the Country Club of New Canaan, is coming up Sept. 22. Ticket info here.

First Selectman Kevin Moynihan said during Tuesday’s Board of Finance meeting that “we are beginning to seek out members of a Police Department Renovation Committee.” “And that is something we have to put front and center,” he said. Moynihan for months last year touted the idea of converting the South Avenue building into senior housing. The police and Police Commission for years have urged the town to renovate NCPD headquarters, originally opened in 1927 as the first New Canaan High School. Estimated at $5 million in early-2017, the project subsequently was thought to cost at least twice that figure.

New Canaan Human Services will run two flu clinics for seniors 55-plus, by appointment only, from 12 to 2 p.m. at Lapham Center on Wednesday, Oct. 7 and Friday, Oct. 9. Sign-ups will begin Monday, Sept. 21.

Laura Budd, for eight years the marketing manager at the New Canaan Chamber of Commerce, on Tuesday formally became its executive director. An 18-year town resident, she worked in the past for consumer advertising and media agencies such as Grey Advertising as well as in sales and marketing for a business-to-business company.  She represents New Canaan on the Western Connecticut Tourism Bureau and also serves on the Parking Commission. 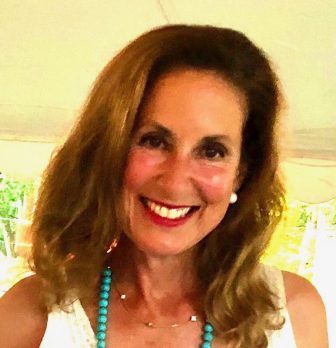 Encore Club of New Canaan, a social organization in New Canaan founded in 1985, elected Lisa Vasquez as its president for a term ending June 30, 2021. She succeeds Mary Liz Lewis in the role. The club will luau its fall season Sept. 15 with a “Kayak Klub” trip down the Saugatuck River. Its annual new member coffee will be held Sept. 16, with a Zoom Rosé Wine Tasting to be held at 7 p.m. on Sept. 17. RSVPs are required for the events.

The Board of Selectmen on Tuesday appointed Alyssa MacKenzie and Jenn Hladick to the Health and Human Services Commission. MacKenzie is a 2006 New Canaan High School graduate who went on to earn a bachelor’s degree in liberal arts from Boston University, according to her resume. She is a freelance writer and political consultant who is founder and editor-in-chief of Make Lemonade With Lupus. MacKenzie has been involved with a number of volunteer organizations, including TOPSoccer, National Charity League, 203Action, New Canaan DTC, Planet New Canaan and the League of Women Voters of New Canaan. Hladick is a graduate of Westminster School in Simsbury who earned a bachelor’s degree in history from University of California, Berkeley, her resume said. She works as assistant to the director of the Carriage Barn Arts Center, and her volunteer activities include the St. Mark’s vestry and preschool board, PTCs at East School and Saxe Middle School, PFA at NCHS, New Canaan Turkey Trot parent committee and SLOBs. Their appointments round out the nine-member Commission.

“Qualified Remodeler,” a publication serving remodelers and home improvement companies in the United States, has ranked New Canaan-based Karp Associates at the No. 473 on its Top 500 remodelers of 2020 list.

Moynihan also said during Tuesday’s Board of Finance meeting that he has been “working with the library for the past few weeks” and that the Planning & Zoning Commission has asked for a peer review of the library’s parking plan for a proposed new building. The library is expected to come back in October. “There probably will be financial ramifications of their changed parking plans,” Moynihan said.

Finally, the first selectman joked during Tuesday’s Board meeting that the new road connecting Waveny Park to NCHS would be named “Tiger Trail” in honor of the town’s public works director, Tiger Mann. Mann, in turn, said it could be “Luizzi Lane” or “Bill Egan Boulevard,” after the superintendent of schools (Dr. Bryan Luizzi) and NCHS principal, respectively.