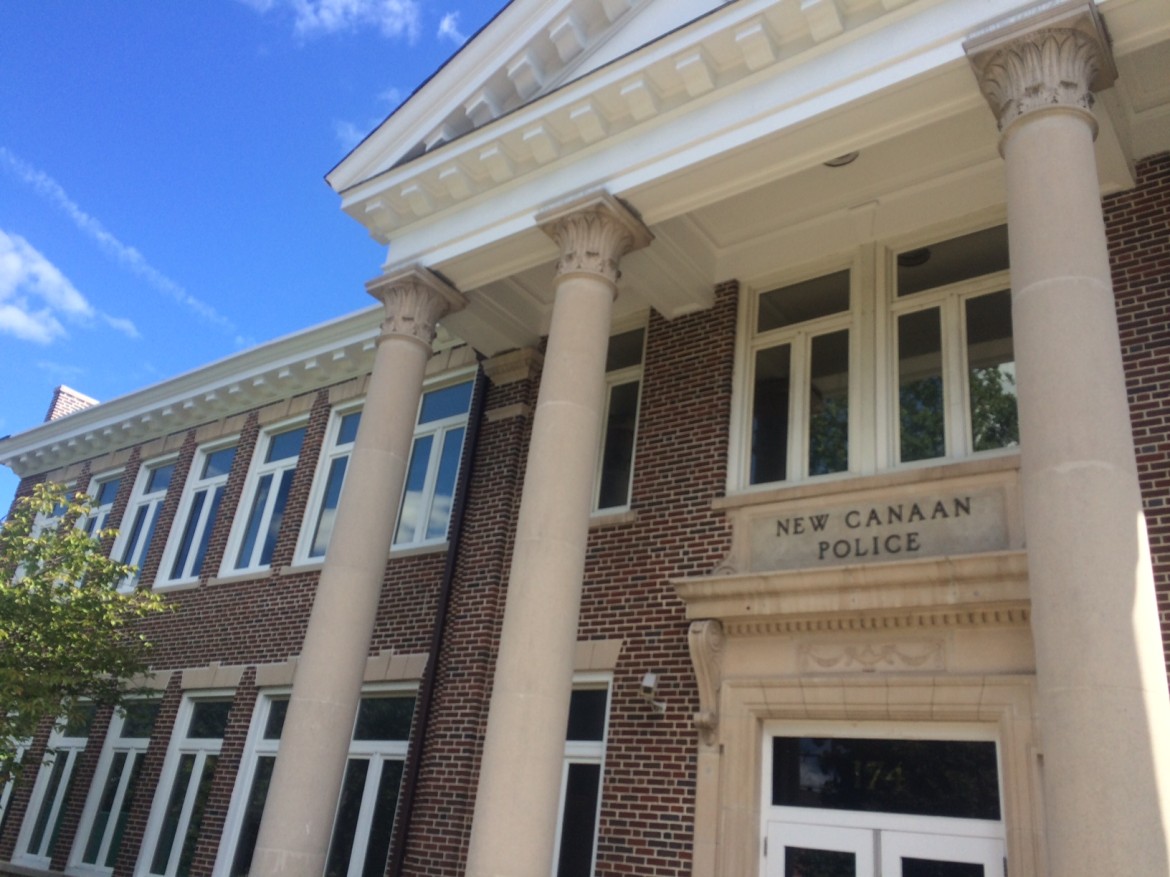 The value of the New Canaan Police Department building—a town-owned structure that could be sold, under one proposal—is increasing, according to New Canaan’s highest elected official, as at least one developer has shown “serious interest” in converting it to senior housing.

Though the town hasn’t put the South Avenue building up for sale and multiple approvals from various municipal bodies would be needed before doing so, the prospect of selling the structure while purchasing an office building downtown to house not only the police but also the Board of Education remains one possible route for New Canaan.

It isn’t clear yet just what the “Covia” building at Grove and Elm Streets ultimately will fetch in this market—its owners and the town were about $1.5 million apart on a price as of a few months ago—and it’s also not clear how much New Canaan would need to invest in capital work in order to “right-size” it for both the police and school district offices, according to First Selectman Kevin Moynihan.

Yet  “there is a lot of interest in senior housing, including the South Avenue building, the Police Department, so the value of that South Avenue property is going up and the value of the Covia building looks like it’s going down,” Moynihan said during a Feb. 26 meeting of the Board of Selectmen.

“We are waiting to see what will happen with the Covia building,” Moynihan said during the meeting, held at Town Hall. “It is not being sold. Also, we have an interest in not letting that building sit empty.”

He added that if Covia’s owners after having the building appraised at $9 million are unable to sell it at their own price, they may become “much more interested in a different price and talking to the town.”

The comments came during a portion of the selectmen meeting dedicated to general matters before the town.

Moynihan had said during a Feb. 21 media briefing in his office that New Canaan is in a good position since the Police Department, though it badly needs a renovation, will still function for another five years.

“That building will not be condemned,” he said of NCPD headquarters, which opened in 1927 as the first New Canaan High School.

Officials for years have said a renovation is needed at the police headquarters on South Avenue. The town pays about $300,000 per year for the district to rent offices downtown for New Canaan Public Schools administrators and two school programs. Moynihan last July floated the idea of purchasing what is known today as the Covia building downtown in order to relocate both agencies in a functional, modern space, while selling the current NCPD building to a developer who could preserve it while creating housing for seniors.

A renovation of the Police Department would cost about $10 million, Moynihan has said. However, the first selectman has said multiple people have warned against trying to renovate a building “in place,” that is, while an agency such as the police are operating within it.

A new building could cost in the range of $16 million to $17 million, he has said, but the town hasn’t been able to find a property that would justify or allow for a brand-new building (one resident’s proposal to build anew on a Saxe Middle School playing field drew criticism from some elected officials).

Moynihan noted during the media briefing that Covia is still using the New Canaan building, though the company plans to disperse its workforce to different locations over a period fo two years.

“They definitely are on a time fuse as to when to get out,” he said.

Asked during the briefing whether the multi-part transaction he envisions would bring in more in local property taxes, Moynihan said that Covia currently pays about $90,000 per year but that if the Police Department building were converted into senior housing it would pay about two to three times that amount.

“It’s a win-win from that point of view,” he said.