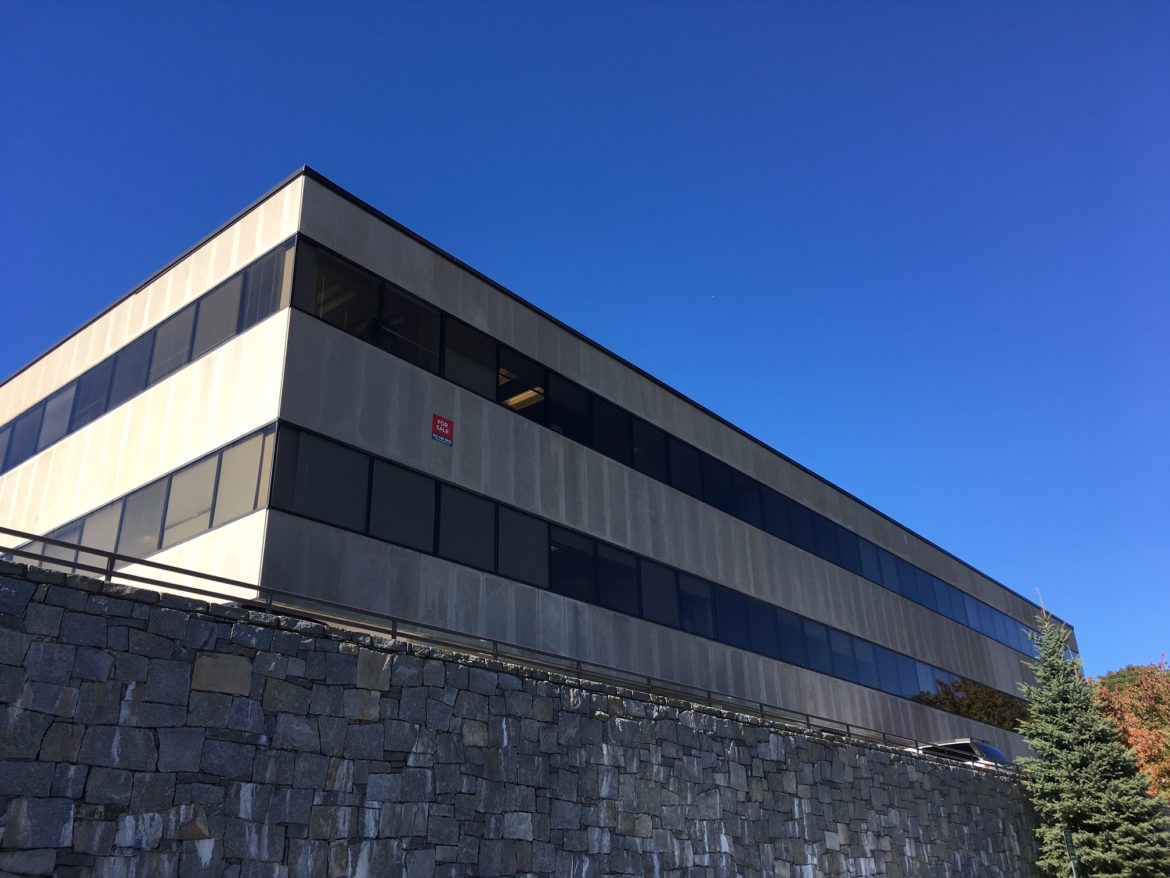 The commercial building at the corner of Grove and Elm Streets downtown—a structure that New Canaan’s highest elected official has eyed as a possible future home for both the Police Department and Board of Education—isn’t big enough, as it is, to accommodate both agencies. 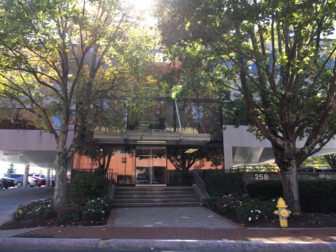 The front of Covia at 258 Elm St. in New Canaan, as seen from Elm Street. Credit: Michael Dinan

An addition would need to be put on the ‘Covia’ building at 258 Elm St. to house them, and that may involve acquiring two properties to the south that are owned by Stamford Hospital, or else building east into the Lumberyard Lot, according to First Selectman Kevin Moynihan.

In any case, finding a way to make the 28,000-square-foot Covia building (which is for sale) work for both agencies is preferable to renovating the existing Police Department on South Avenue or building a new one while continuing to pay about $300,000 in annual rent for the New Canaan Public Schools’ administrative headquarters.

“It’s kind of complicated,” Moynihan said Thursday during a press briefing in his office. “This [the Covia building] is my preference, it’s a modern building. The Police Department is a 80-year-old building so it’s very costly to renovate that building for the police. With this new building, we need to find property to build on. We need 2.5 acres to build a police department on it and I do not know where you find that property. There are some proposals that probably would not be popular, as far as taking an existing piece.”

What’s driving the whole discussion is the need to renovate the aging Police Department and a strong desire to relocate the Board of Ed into one of New Canaan’s many town-owned properties.

According to Moynihan, the math works best if the Covia building is purchased as a future police and NCPS home.

It would cost an estimated $10 million to renovate the South Avenue building for the police, and about $16 million to build a new NCPD headquarters, Moynihan said.

The Covia building last was appraised at $8.2 million. New Canaan could expect to fetch an estimated $3 million to $5 million to sell the NCPD building on South Avenue to a developer, with restrictions about preserving its facade and creating housing there, he said.

What’s unknown, Moynihan said, is just what it would cost to redo the Covia building to accommodate NCPD and the Board of Ed—a figure that ultimately would include not only retro-fitting the structure, acquiring adjacent land and building an addition, but also replacing the parking that is lost if it means encroaching on the Lumberyard Lot.

“That is the big question,” he said. “We are still working on it. We are either going to look to acquire these two buildings which are owned by Stamford, we are talking to both owners, or add a building here and take some parking, which we then have to replace.”

According to Moynihan, following through on the Covia plan still would cost less on a net basis than it would to renovate NCPD.

Moynihan said he met recently with Covia management and expects to know more by the end of this month.

“The price [of the building] is not the issue so much as what would be the cost to make changes,” he said.

3 thoughts on “‘We Have To Figure Out an Answer’: Need To Expand ‘Covia’ Building Complicates First Selectman’s Proposal for Combined Board of Ed-NCPD Home”