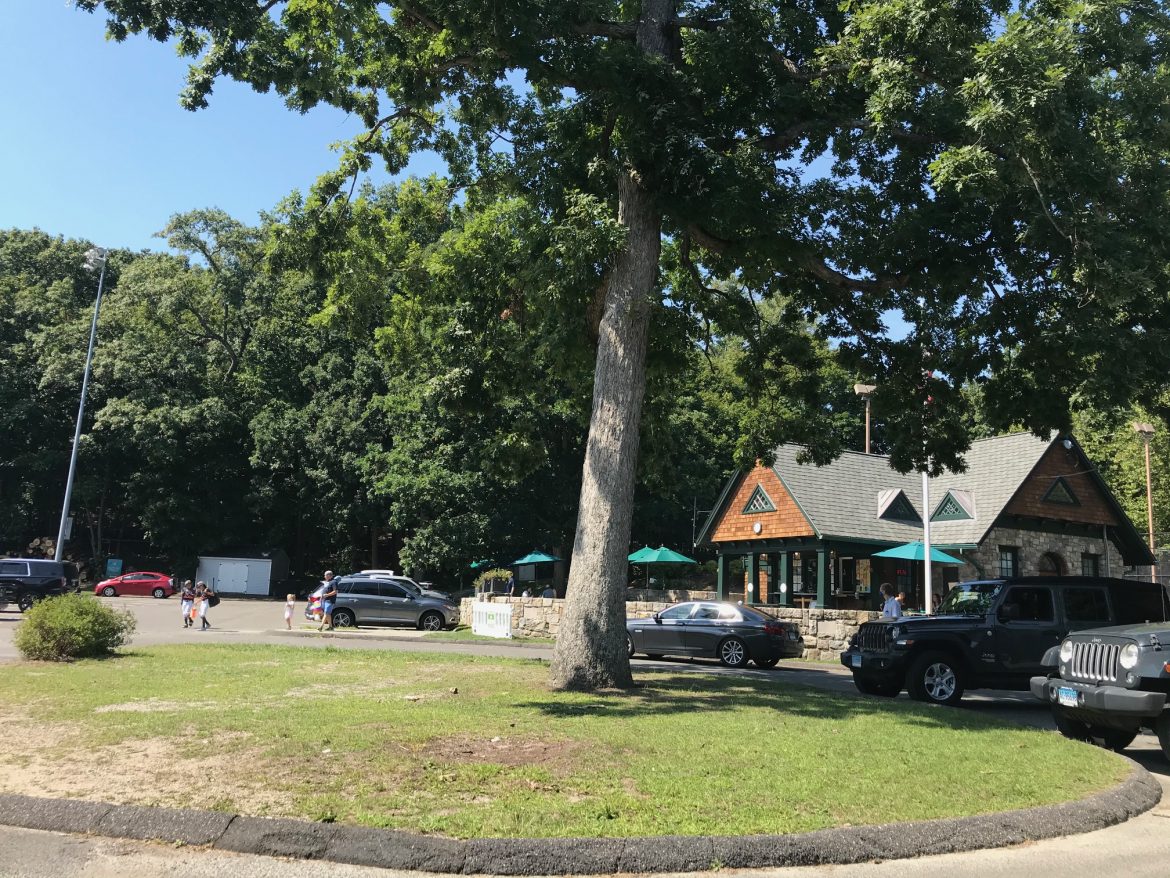 The Parks & Recreation Commission on Wednesday night denied a request from local volunteers seeking permission to install pollinating plants on a traffic island at Mead Park.

The “pollinator garden,” proposed for the traffic island near the little fields and entrance to the Mead Park Playground, was designed as part of a larger “pathway” serving butterflies, birds, bees and other insects and animals that move pollen from one plant to another. Several New Canaan organizations have been at work for more than one year to increase pollinator-friendly habitat here.

Yet members of the appointed Parks & Rec Commission said they feared planting pollinator-friendly species at the traffic island would bring additional bee stings and motor vehicle traffic to a largely pedestrian area.

“That’s just such a busy place in terms of automobile traffic,” Commissioner Hank Green said at the meeting, held via videoconference. “A lot of big SUVs, a lot of these cars are being driven by teens. This is a concern for me.”

The lone commissioner voting in favor of the garden was Carl Mason, according to what could be gleaned from the Zoom meeting. Though no voice vote was taken, the other commissioners appeared to vote against it. They included Chair Rona Seigel and Commissioners Gene Goodman, Francesca Segalas, Jack Hawkins, Steve Haberstroh, Matt Konspore, Laura Costigan and Green.

New Canaan’s Chris Schipper presented the proposal on behalf of the Friends of Bristow Park and Bird Sanctuary. The pollinator garden on the traffic circle is one of a few planned for Mead—plantings will go in at the entrance and exit to the park, as well as behind the varsity baseball field—though it was “highlighted by the Pollinator Pathway people as a particularly useful demonstration opportunity,” Schipper said.

“And frankly, it’s an island,” he said. “It really hasn’t got much going on, other than it has a really nice tree growing out of the center that has nicely lived up.”

Schipper noted that the only current use of the island is one for which it was not designed and which public works officials do not want—namely, overflow parking.

Schipper said he didn’t know “whether planting a garden calms traffic down or not.”

“I don’t have the experience to speak to that,” he said. “But I do know that there are a lot of traffic circles with plantings and native plantings and this is an opportunity and a gift, and it’s certainly possible for you to say, ‘I get it, but I prefer to keep it an open space and a parking area rather than a gardening area.’ And I could accept that. If the Commission said that’s the case, I think you’d miss an opportunity and you’d make a trade-off that’s not an easily made one.”

It wasn’t immediately clear what will happen now with the proposal. By Town Charter, Parks & Rec as an advisory panel makes recommendations to municipal bodies such as the Board of Selectmen, Town Council and Planning & Zoning Commission, rather than final decisions.

Recreation Director Steve Benko voiced safety concerns about the proposal. He said that the operator of the Mead Park Lodge food counter “must have 10 or 12 wasp traps up now because people who eat at the Apple Cart on the patio complain about the bees.”

“My whole concern would be, if you want to put a pollinator garden in and attract bees—great, I’m all for the bees—except that if they have a trap around the snack bar, we are going to be killing a big portion of those bees because they will be attracted to the honey that he puts out of the sugar water to attract the bees,” Benko said. “So I don’t want to attract more bees and kill more bees.”

Schipper noted that the Apple Cart already has plantings around its building and trees, and that what attracts yellow jackets and wasps to the area appears to be garbage receptacles and food on the ground.

Mason said he and his wife “have been fighting a war against wasps with humming bird feeders” at home.

“There are a lot of pollinating paints around the property and those traps that we put out for the wasps are not capturing any bees,” Mason said. “The bees are attracted to the pollinators and the wasps like the sugary solutions. They have got very different tastes, it would seem. So we haven’t seen that problem on our property.”

The Bristow Friends group is pursuing a $10,000 matching fund grant from Sustainability CT to create the pollinator pathway at Bristow, and is more than halfway toward its goal (details and donation information here).

Addressing the Commission’s concerns, Schipper said, “I get the trade-offs on this one and here’s the simple trade-off that I have to make mentally: Are we balancing the possibility of an adult or a young child getting a bee sting versus the possibility that an adult or young child experiences a sense of a wonderment at seeing a Tiger Swallowtail butterfly for the first time in their lives?”

Commissioners asked Schipper what would be done to discourage motorists from parking on the island once the garden was installed (a 3- to 4-foot buffer and possible low cedar fence) and whether there’s a signage plan for the pollinator circle (yes, $1,250 earmarked for that).

Siegel asked whether, if the garden were approved and a problem developed with bees, it would be possible to undo the area.

Schipper said it was “entirely possible to take out all the plantings.”

“I would have thought it would make it [the traffic island and area] more attractive.”

“But I am cognizant of that trade-off,” he said. “And if the belief is the the bumblebees and butterflies and birds that may take advantage of this cause problems, then for sure.”