The New Canaan Police Department’s command staff reported during a Police Commission meeting Wednesday that mold has been growing on files in an interior office on the main floor, that the South Avenue building’s second boiler has failed and that an old plumbing system has led to overflowing toilets and flooding. The town is assembling a building committee to make recommendations on a renovation or rebuild of the police station. 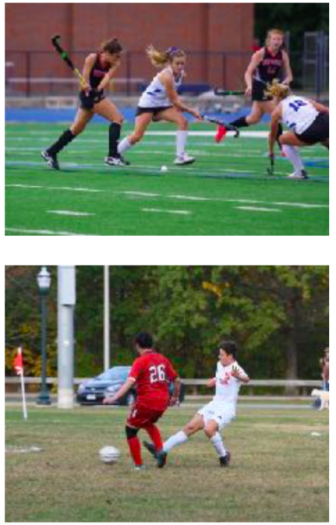 Shawna Ferraro (top) and Henry Lindberg (bottom) are NCHS Rams of the Week. Photos courtesy of the Athletic Depatrment

Congratulations to Shawna Ferraro and Henry Lindberg, New Canaan High School “Rams of the Week” for the week ending Oct. 9. Ferraro, a sophomore forward/midfielder on the varsity girls field hockey team, scored an overtime winner vs. Darien in the season opener. “Her shot was a beautifully executed reverse chip into the upper right hand corner of the goal cage—a skill with a high degree of difficulty that she has been working hard to master,” the NCHS Athletic Department said in its citation. Lindberg, a senior and captain of boys varsity soccer, has spearheaded the team’s attack with four goals in five games, and “has also been a true leader for his team, supporting and encouraging teammates,” the Athletic Department said. The ‘Ram of the Week” is sponsored by Walter Stewart’s Market.

The local woman who sued the town and Board of Education after falling down outside New Canaan High School on a Thursday night three years ago this month withdrew the suit, according to Connecticut Judicial Branch records. Lawyers for the schools had answered the suit saying she was careless. 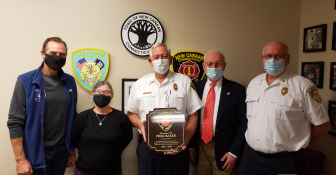 The Board of Selectmen on Tuesday deleted an item from its meeting agenda to appoint Deputy Fire Marshal John Pokorny as full-time fire marshal following the retirement of Fred Baker. Pokorny “informed us he, for personal reasons, cannot take the appointment as fire marshal, he will remain as deputy fire marshal,” First Selectman Kevin Moynihan said during the Board’s meeting.

The annual car wash fundraiser for the New Canaan High School Theatre Department that had been planned for this weekend has been canceled due to a drought-related irrigation ban imposed last week by Aquarion. 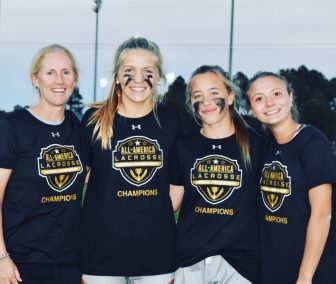 Congratulations to members of the first-ever Connecticut-New York Youth Lacrosse Association or “CONNY” team to win the Under Armour All-America National Tournament. The team beat Long Island in the semifinals and Baltimore in the finals of the Virginia Beach, Va. tournament. The team led by New Canaan resident and 1993 NCHS grad Tara Clough as coach, and the team featured three New Canaan girls: sophomore Ella Patterson and freshmen Devon Russell and Kathryn Norton.

The Town Council during its regular meeting Wednesday approved the appointment of Judy Bentley to the New Canaan Housing Authority. She takes over a seat that had been held by Lisa Vasquez, who is moving, officials said.

Waveny LifeCare Network, after five months of patients and residents testing negative for COVID-19, announced last week that it is in full compliance with the state’s new mandate for indoor family visitation.

Other noteworthy event coming up next week:

The town since July 1 has spent $2,068 in legal fees connected to the proposed terrace at the top of God’s Acre, according to a copy of a legal bill obtained by NewCanaanite.com through a public records request.

The new owners of the rebuilt Greek Revival at 4 Main St. on God’s Acre have applied for a permit to do about $115,000 of basement work, including creation of a ktichen/living room, bedroom and bathroom, according to an application filed with the New Canaan Building Department. The contractor and architect on the job are those that worked on the widely discussed rebuild, featured by “This Old House”—Karp Custom Builders LLC of New Canaan and CAH Architecture LLC of Darien, respectively.