[Editor’s Note: A time reference for a study published online has been removed for clarification.]

The firefighter who last year sued the town claiming that municipal officials for years failed to address abuse by a superior in the department, John Aniello, is no longer working for the New Canaan Fire Department, municipal officials have confirmed. Aniello started as a firefighter in August 2006 and that his employment ends Jan. 31, 2021, according to the town’s Human Resources Department. The fire captain accused of homomisic and racist abuse, Capt. Robert Petrone, started as a firefighter in May 2001 and remains employed at NCFD, officials said. The town last June moved to dismiss parts of the lawsuit. The two sides have held settlement conferences since August, most recently on Monday, according to U.S. District Court records.

The town at about 5:49 p.m. on March 29 cited a 46-year-old Norwalk man for possession of marijuana after stopping a car that had been traveling eastbound on Huckleberry Hill Road.

The U.S. Food and Drug Administration published information warning consumers about products containing cannabis-derived compounds, including CBD. “CBD has the potential to harm you, and harm can happen even before you become aware of it,” according to the FDA. It can can cause liver injury, can cause “serious side effects” in other drugs people are taking, and can affect fertility, among other problems, the federal agency said. A CBD store opened last year at South Avenue and Elm Street. 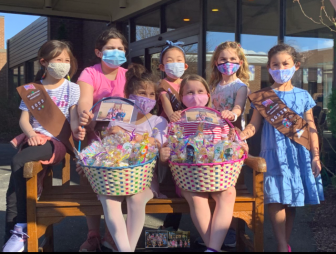 Brownie troop #50536 out of South School gathered in front of Tony’s Deli last month to sell Girls Scouts cookies on of the first warmer days of spring. The community came out in force and the girls sold out of their allotment, with proceeds going back to their troop funds for service projects and educational projects for the girls. Specifically, the troop members are earning their “Give Back” badge after choosing to use some of their earned cookies sales proceeds to purchase supplies to make Easter bags filled with Kleenex, flavored Chapstick, hand cream and Easter treats for the senior residents of Waveny Care Center. They gathered on a recent Wednesday at the Merry Bee Cabin at Kiwanis Park to assemble 60 bags.

Some upcoming local events worth checking out:

The New Canaan Building Department on March 24 issued a demolition permit for the 1941-built Cape Cod-style home at 293 Laurel Road. An 8,550-square-foot home is planned for the parcel.

New Canaan Police at 1:42 p.m. on March 27 responded to a report of a verbal dispute between a Realtor and homeowner at 983 New Norwalk Road regarding the Realtor being on the property without permission. 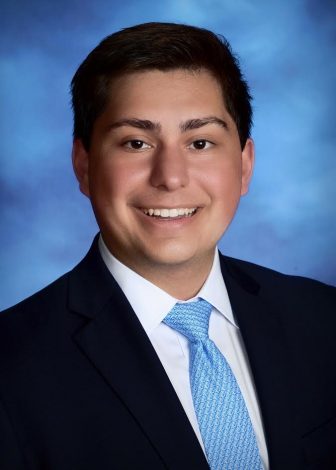 Congratulations to New Canaan High School senior Ian Nicholas on being named one of three 2021 recipients of the Bo Kolinsky Memorial Sports Journalism Scholarship from the Connecticut Sports Writers’ Alliance. Nicholas, who will attend Syracuse University this fall as a Broadcast and Digital Journalism major, is station manager of NCTV 78, the school’s television station, where he serves as the play-by-play voice for New Canaan Rams football, basketball and other sports. He also has three years experience as an in-studio sports reporter and news anchor for NCTV’s live student-run broadcasts, and was named sports editor of the school newspaper, The Courant, last fall. Nicholas also is an active member of the school’s student coalition and was voted senior class president last June. He will receive his award Oct. 17 at the 79th Gold Key Dinner on Sunday, Oct. 17 at the Aqua Turf Club in the Plantsville section of Southington.

A Lexus was reported stolen from a Rosebrook Road driveway at about 6:41 p.m. Monday, police said. The vehicle was unlocked with the keys left inside. 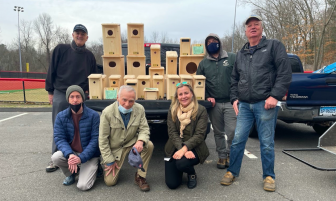 A team from Connecticut Audubon came to the Bristow Bird Sanctuary and Wildwood Preserve last week to place 26 different style bird houses. The project was sponsored by the Friends of Bristow Park and the Stuart Higley Foundation to improve bird habitat in Bristow.

The Town Council on Wednesday approved a spending plan of $154.5 million for next fiscal year, a .48% increase over current spending.

Finally, police at about 1:18 p.m. on March 27 responded to a traffic complaint in the area of 255 Frogtown Road. The complaint involved one vehicle passing another in a no-passing zone, and based on an investigation and witness statement, a 17-year-old New Canaan male was issued a summons for the infraction-level offense.