New Canaan Police are investigating the theft of a wallet from Knapp Lane, with attempted purchases on stolen credit cards, reported at 3:353 p.m. on July 20.

First Selectman Kevin Moynihan said during Tuesday’s Board of Selectmen meeting, regarding an affordable housing application made at the former Red Cross building at 51 Main St., “We are a small semi-rural town and we are going to remain so and we’re not going to ‘urbanize’ New Canaan.”

The New Canaan Building Department on July 20 received an application to demolish the 1951-built ranch-style house at 59 Hawthorne Road.

Police at 12:10 p.m. Monday received a report of $275 in cash stolen from an unlocked vehicle on Park Street.

The selectmen on Tuesday voted 3-0 in favor of promoting Ryan Restivo to the position of assistant parks superintendent.

The Congregational Church of New Canaan is running Vacation Bible School from 9 a.m. to 12 p.m. Aug. 22 to 25. 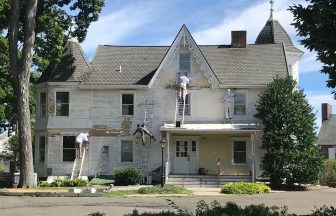 The selectmen noted during this week’s meeting that Vine Cottage is being painted. “Maybe it’ll sell now,” Moynihan said.

Beka Tennis Academy is offering lessons to students of all ages and skill levels. Here’s some background on the company, founded by a New Canaan man.

Summer Theatre of New Canaan’s 2022 season runs through this weekend—catch “Once On This Island” while you can. 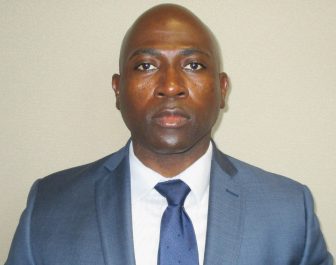 The New Canaan Police Department hired a new officer, Rodger R. Hamilton, on July 21, 2022. A Jamaica native, 41, Hamilton graduated from Jamaica College High School and earned his bachelor’s degree from the University of West Indies and MBA from the University of Connecticut’s School of Business. He most recently was employed by JP Morgan Chase as a relationship banker and serves as a Staff Sergeant with the Connecticut Air National Guard, currently assigned to the Security Forces Squadron. He is expected to attend Bridgeport Police Academy and return to New Canaan as an officer in January.

Police at 11:27 a.m. on July 20 responded to 151 Butler Lane regarding a civil issue between a landlord and tenant. The address is the site of an animal cruelty case that resulted in a conviction for Catherine Palmer following the deaths of puppies. In April, Palmer filed to evict a tenant at the house. In filing their answer, the tenants said the eviction is retaliatory and that Palmer is not the owner of title to the property and doesn’t have the right to rent it out or evict those who reside there. The case is scheduled to go to trial next month, court records show.

Finally, the selectmen this week appointed Frederick Whitmer to the Historical Review Committee.