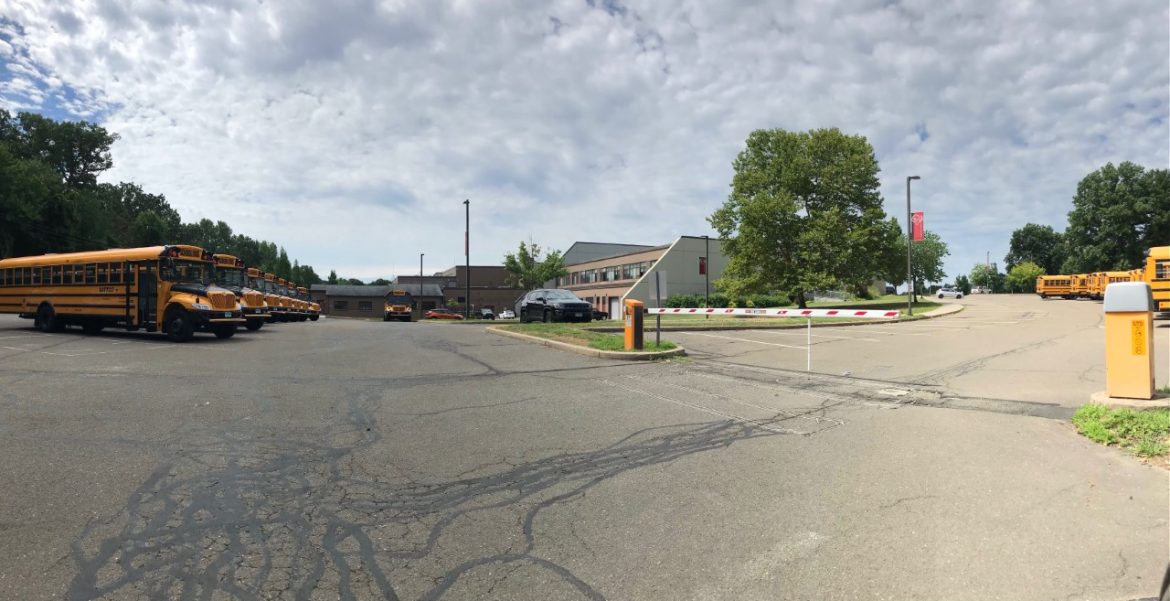 The band and bus lots at NCHS are to be repaved prior to the first day of the 2022-23 school year. Credit: Michael Dinan

The Board of Selectmen on Tuesday approved an approximately $440,000 contract with a Norwalk company to mill and pave two parking lots at New Canaan High School.

FGB Construction will work on the band lot at the northern end of the NCHS campus as well as the bus lot on the eastern side, according to Public Works Director Tiger Mann.

The paving work will commence in the second or third week in August and will take about five to six days total, Mann told the selectmen at their regular meeting, held in Town Hall and via videoconference.

“We did other the side, the student lots and the ‘jock lot’ two year ago,” he said. “Last year we had a pause and this year we’re coming in to finish the remaining lots themselves.”

The selectmen asked whether the funds were coming from the regular paving bond (no it’s from the district’s budget), what is the useful life of such a project (about 20 years) and when was the last time the lots were redone (at the time of the NCHS renovation).

Williams asked where Public Works is on the lots at other public schools in New Canaan.

Mann said the town is targeting West School, part of East (the circular) and part of Saxe Middle School.

“West school is our most pressing concern since that lot is past its useful life,” he said. “It will have to be reclaimed and paved so that’s the next one we’re working on. FGB does not have the time to do it so we’re looking elsewhere.”